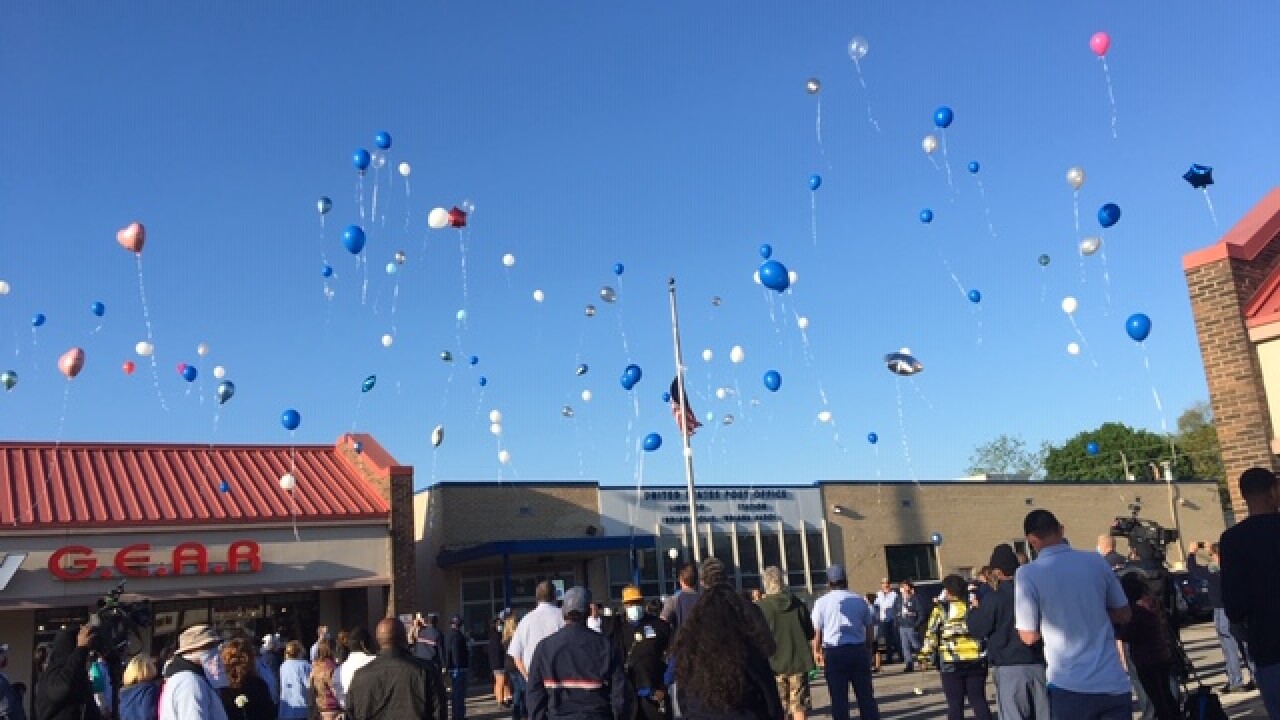 Shea Goodpaster/RTV6
Employees at the Linwood Postal Branch release balloons in honor of Angela Summers on Monday, May 4, 2020.

INDIANAPOLIS — Balloons filled the sky Monday morning on the east side to remember a mail carrier who was murdered on the job last week.

Co-workers of Angela Summers released blue and white balloons into the air outside the Linwood Post Office where she worked.

Federal prosecutors say Summers, 45, was shot and killed while delivering mail April 27 on Denny Street after a confrontation with a man upset his mail was held due to safety concerns about his dog.

"There will always be a void where she was," Indianapolis Postmaster Christi Johnson-Kennedy said. "There's an empty space for all of us there, and her memory will live on through us. We'll never forget her and the service that she did every day."

Police arrested Tony Cushingberry-Mays, 21, in connection with Summers' murder. He could receive life-in-prison if convicted.