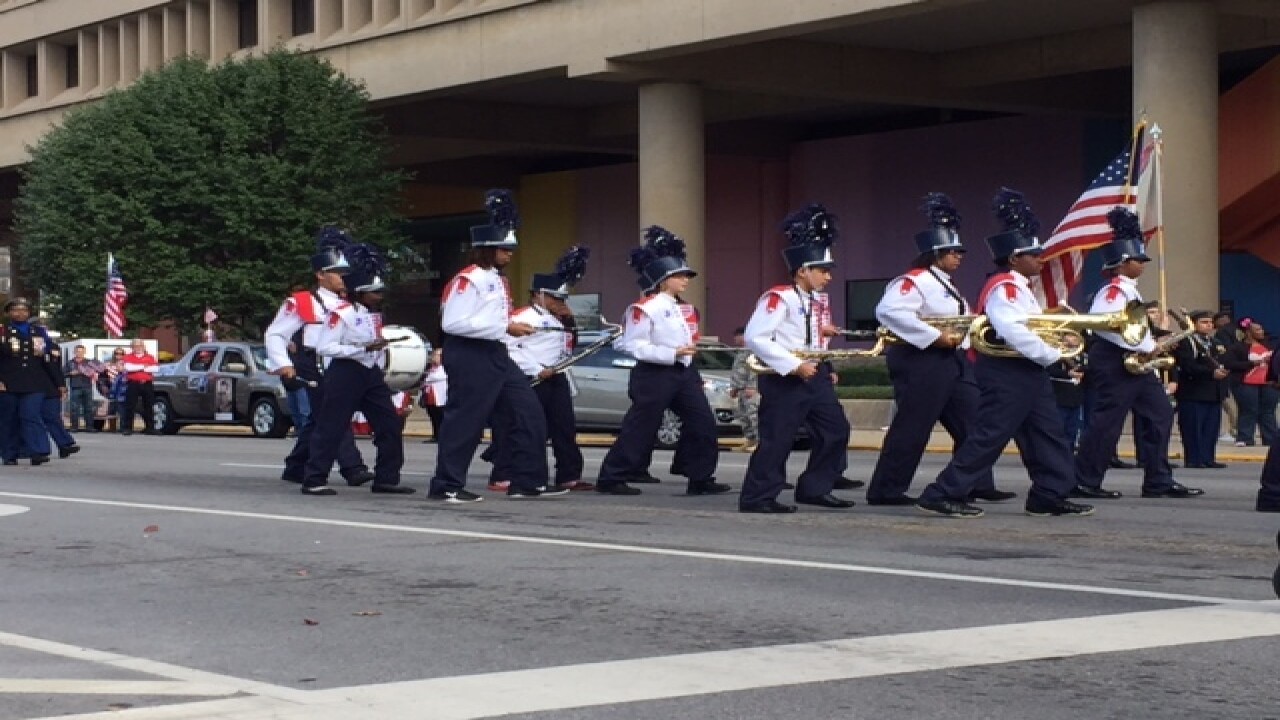 The Veterans Day Council of Indianapolis called off the parade saying possible snowfall and freezing rain could create a dangerous situation for people marching and hinder operations to clear the roads along the parade route.

The Veterans Day service will also move from the north steps of the World War Memorial to the Pershing Auditorium inside. The service is scheduled to begin at 11 a.m.

A cold front is going to push through Sunday night into Monday. Snow showers will be likely Monday and could impact the morning drive, and temperatures are expected to fall from the upper 30s through the day.

MORE | Veterans Day 2019: Free meals and deals for those who have served and those who are still serving