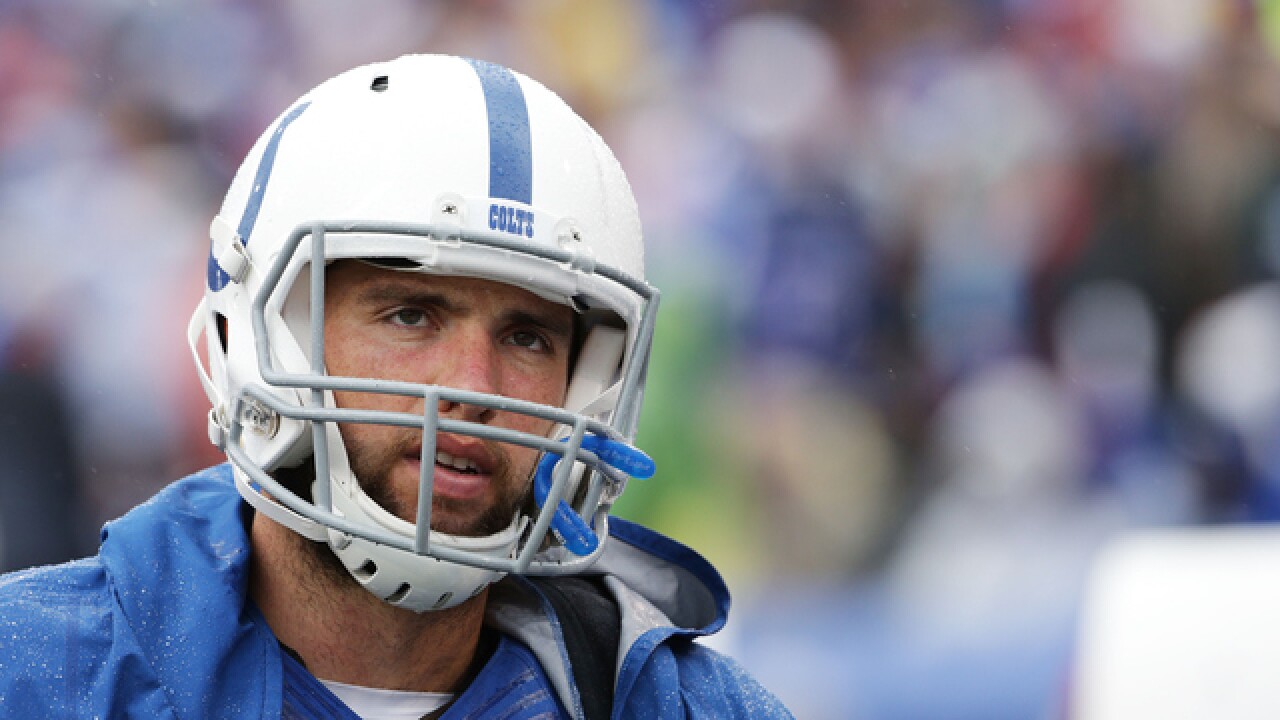 Brett Carlsen
<p>ORCHARD PARK, NY - SEPTEMBER 13: Andrew Luck #12 of the Indianapolis Colts walks on the sideline during the second half of a game against the Buffalo Bills at Ralph Wilson Stadium on September 13, 2015 in Orchard Park, New York. (Photo by Brett Carlsen/Getty Images)</p>

WESTFIELD—Colts quarterback Andrew Luck will likely miss all preseason games due to an ankle injury.

That is the update from General Manager Chris Ballard who says recent tests show Luck has an injury to the front of his left ankle. Luck has sat out most of training camp in Westfield because of calf pain.

Ballard says Luck has not injured a small bone behind the ankle, as indicated by team owner Jim Irsay in a national radio interview earlier this week. Ballard says Luck does have a strained calf and tests have isolated the issue to the front of his left ankle.

With the new test results, Ballard hopes a change in Luck's rehab will make him available in time for the team's regular season opener at the Los Angeles Chargers, September 8.

For now, backup Jacoby Brissett is the team's starting quarterback, as was the case in 2017, when Luck missed the entire season.