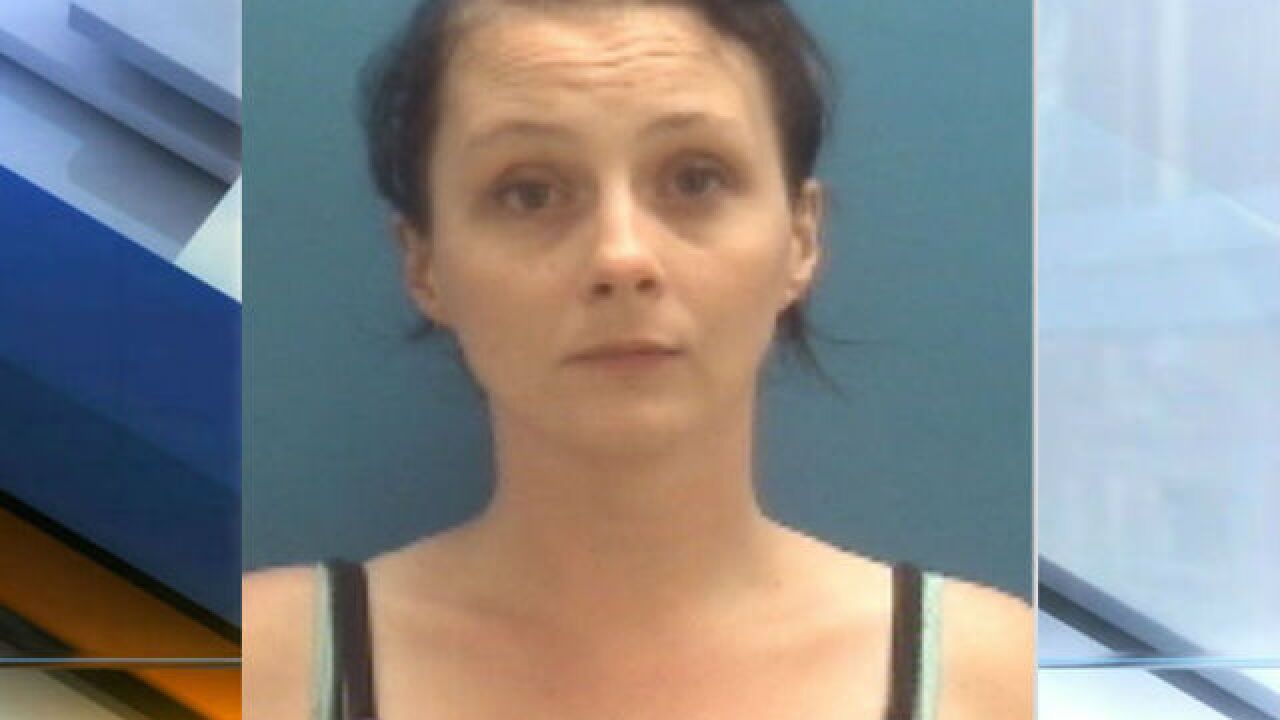 COLUMBUS, Ind. -- Police in Columbus, Indiana arrested a woman Saturday on preliminary charges of neglect, saying she barricaded her two children in a room of her house.

Police responded to the 1100 block of Grand Avenue just after 10 p.m. and talked with witnesses who said they had been helping the family fix a water heater. The witnesses said they could hear children yelling behind a closed door with a bar across it.

At the time, the witnesses couldn't find the children's mother, but police later spoke to her.

The mother told police she locked her children, ages 5 and 1, in the bedroom so they wouldn't be hurt by the water leaking from the water heater.

Police saw marks on the door, consistent with a bar placed on it multiple times. They also noticed poor living conditions inside the house, including very little food in the refrigerator or freezer.

The children were placed with the Department of Child Services.