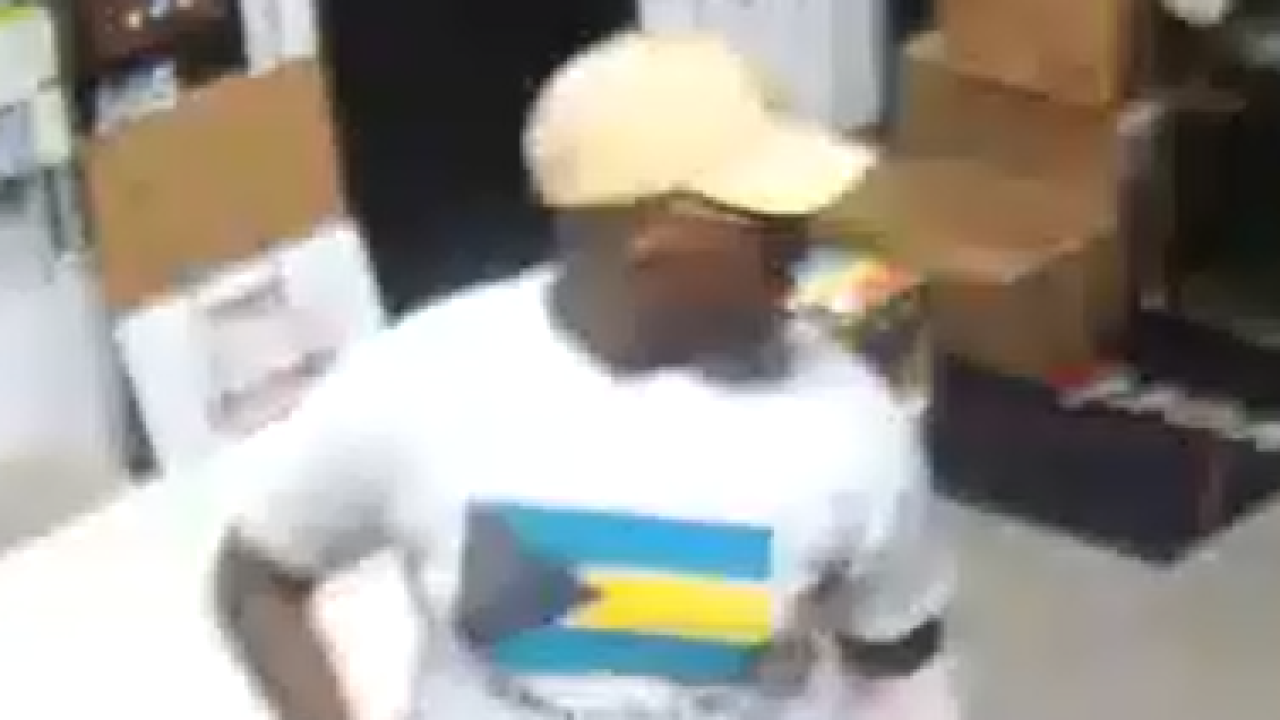 COLUMBUS—Columbus Police are looking for two men suspected in the armed holdup of a cell phone store.

It happened shortly before 6 p.m. on Sunday at the Cellular Connection/Verizon Wireless store, 2075 West Jonathan Moore Pike, near State Road 46 and I 65, on the city's west side.

According to Columbus Police, the two men demanded money from the cash register and made off with an undisclosed amount of cash and cell phones. Store employees and customers were not hurt.

As described by police, suspect one is a black male between 20 and 40 years old, about 5'8" tall, with stocky build and broad shoulders. He was wearing a blue and yellow hooded sweatshirt, khaki pants and sunglasses. He also had a long bandage on his left arm.

Suspect two is described as a black male, 20-40 years of age, about 6'2" with a slender build. He was wearing plaid blue pajama pants, a dark hooded sweatshirt and black sunglasses.

A security camera photo shows one of the suspects, however, a second photo is too blurry to make out an image.

Anyone with information about this case is asked to call the Columbus Police Department at: 812-376-2600.