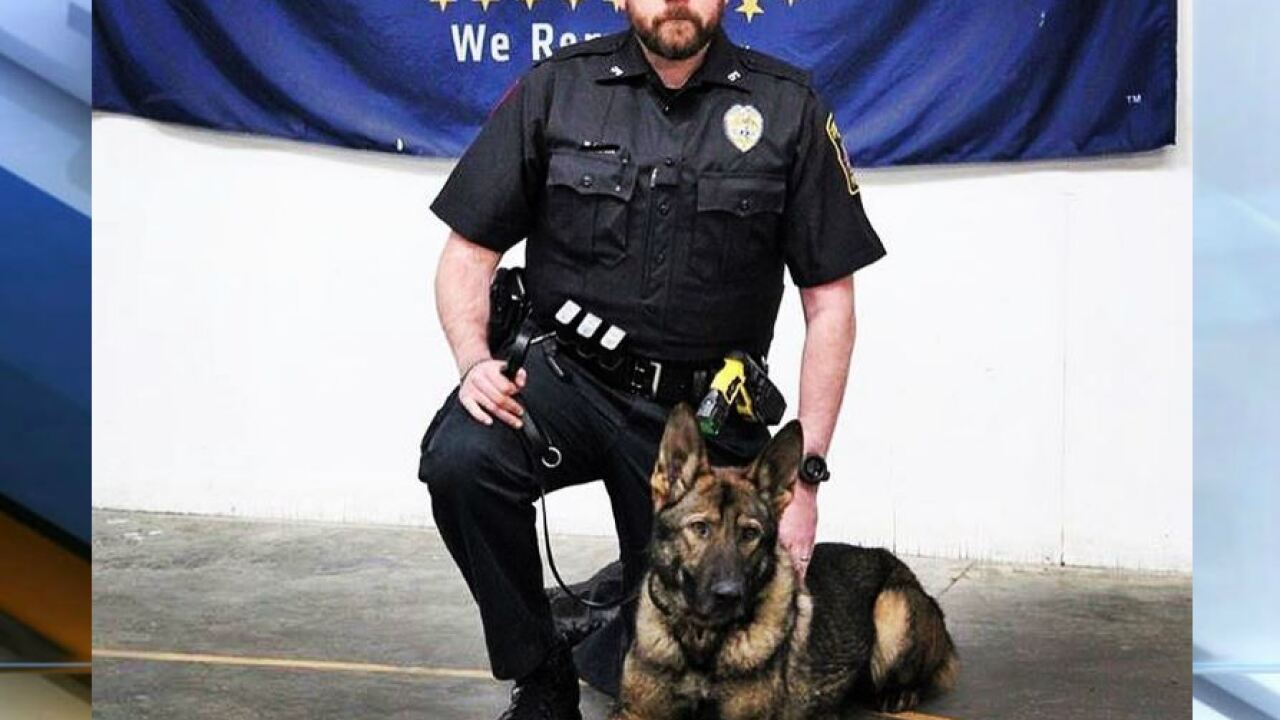 COLUMBUS — The Columbus Police Department has a new K9 officer.

K9 Bane is a two-year-old German Sheppard that was born in Poland. Bane replaced K9 Max, who retired from duty with the department last year. He'll work in conjunction with CPD's two other police dogs, K9 Argo and K9 Oxs.

Bane and his handler, Officer Marcus Clark, assisted with nine drug arrests just during their first two days on patrol.

“I have always been passionate about dogs and one of my goals at the police department was to become a canine handler” said Officer Clark, who also educates local youth as a DARE Officer. “I am looking forward to working with Bane and helping keep dangerous drugs off of our streets."

The pair recently completed a six week training course at the Ventosa Kennel in Scotland Neck, North Carolina, according to a post on the department's Facebook page.