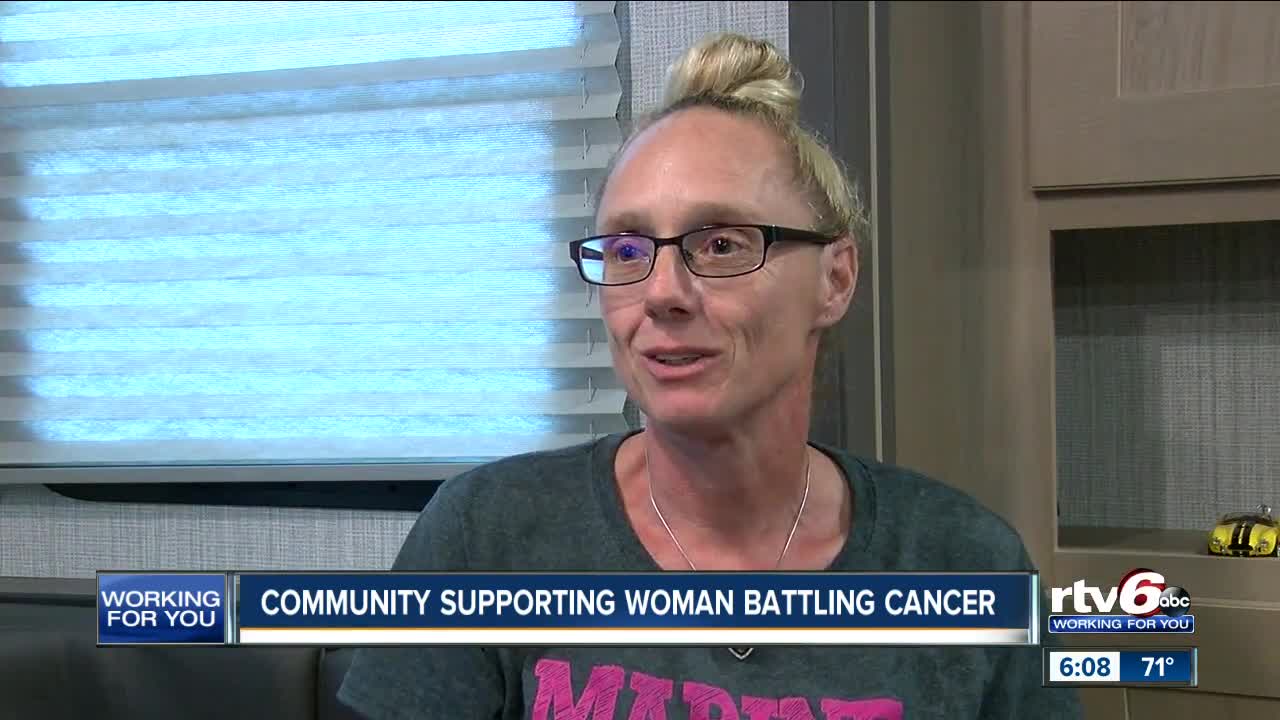 WRTV first featured Angel Dudley back in 2017 when she stepped in to help a man who cut his arm on a broken window and ruptured a main artery.

"I was just in the right place at the right time," Dudley said.

Dudley had just taken a first-aid class and knew exactly what to do. She wrapped his arm in a jacket and took her belt off to use that as a tourniquet. She was able to stop any further blood loss and keep him alive until the ambulance arrived.

"He's always in my mind, in my prayers," Dudley said.

But now she's the one asking for prayers and support. Dudley has started aggressive chemotherapy treatments and even though she is still working she said medical bills continue to add up.

"This is not going to be an inexpensive venture for me," Dudley said.

Dudley's sister started a Gofundme account to help with those expenses. So far, dozens of community members have contributed saying she always does for others so now it's their turn to do the same for her.

"Angel is a very giving person," Otto Thorwarth, track chaplain, Indiana Grand, said. " She is constantly giving and doing for everyone and biblically that is going to come back to her."

So far, people have donated more than $1,100 to help Dudley out. She said she's determined to beat cancer and this puts her one step closer to doing that.