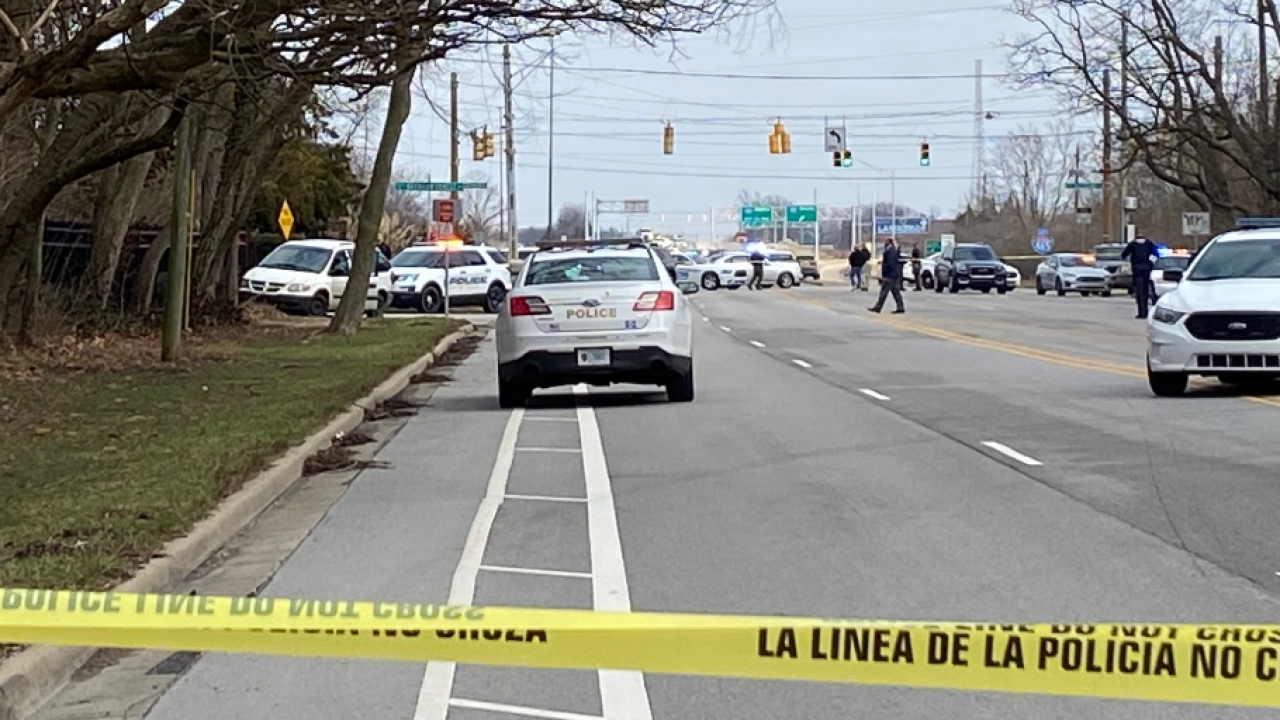 LAWRENCE — The condition of a man shot and wounded by Lawrence police Tuesday is improving, according to a spokesman for the department.

The man's name has not been released. He and another man were suspected of shoplifting from a clothing store on Pendleton Pike. Lawrence police spotted their vehicle Tuesday afternoon and gave chase.

The pursuit ended when the suspect's van left the road at East 56th Street and Interstate 465, just inside Indianapolis. It was there that one of the suspects was shot by police and critically wounded. His condition is now considered "serious-but-stable," according to Lawrence Assistant Police Chief Gary Woodruff.

On Wednesday, the investigation by Lawrence police was being turned over to the Marion County Prosecutor for review.

At the scene Tuesday, Woodruff said the suspects did not fire at police officers. Information on whether either was armed has not been released.

Among the evidence being reviewed is video from body cameras worn by the officers and in-car cameras from the police vehicles.