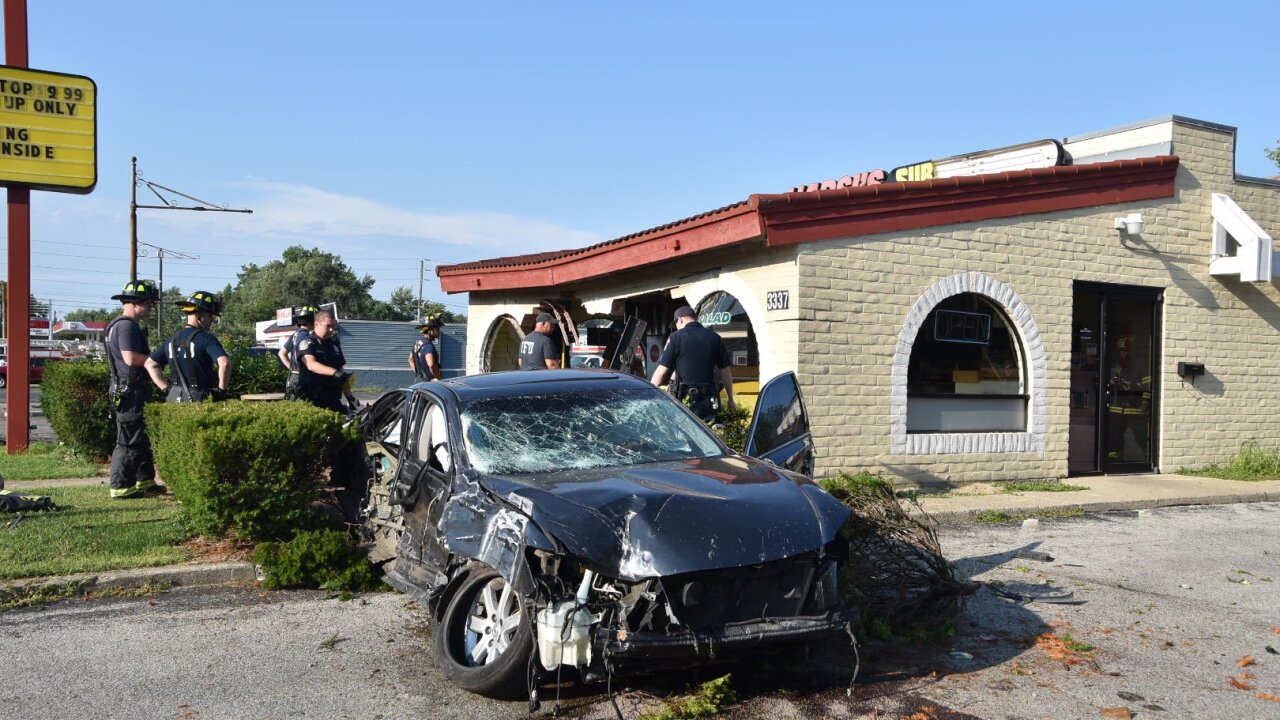 Indianapolis Fire Department
A crash following a police pursuit sent a person to the hospital and severely damaged Harsi&#39;s Subs N Pizza, a west side restaurant, on Tuesday, Sept. 3, 2019. 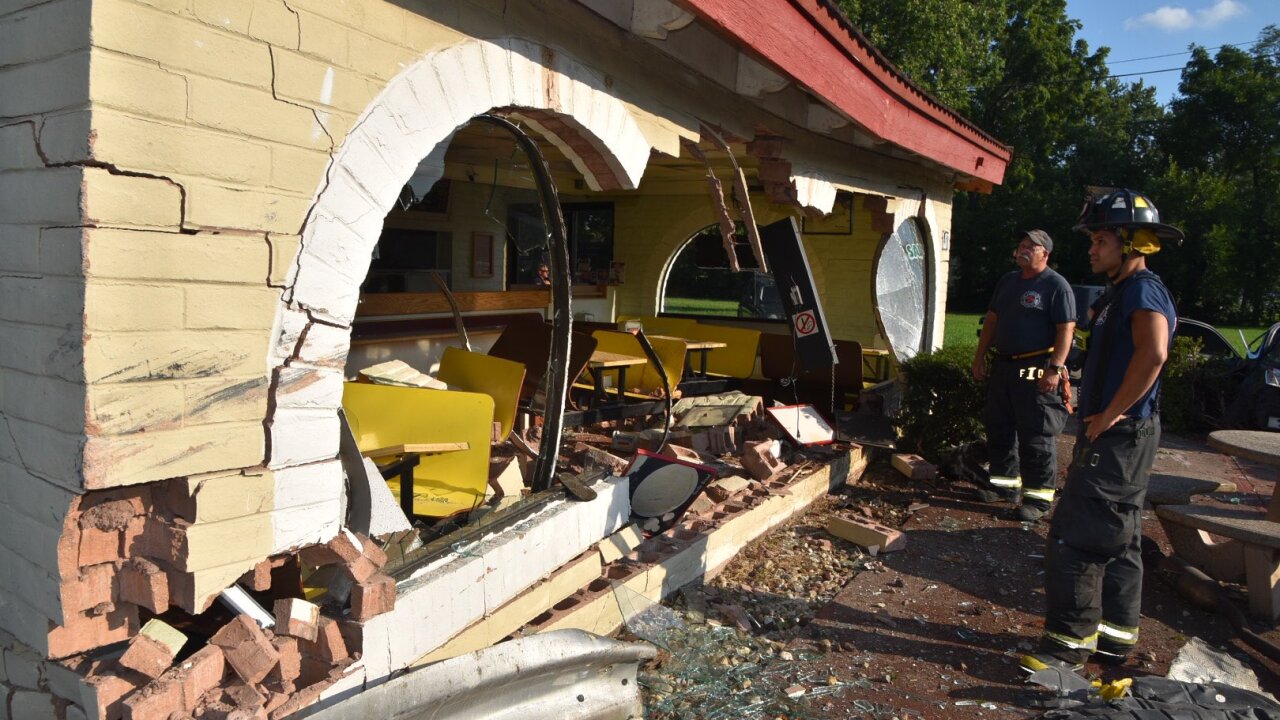 INDIANAPOLIS — A crash following a police pursuit Tuesday evening sent one person to the hospital and severely damaged a west side restaurant.

According to information from the Indianapolis Fire Department, a suspect led Indianapolis Metropolitan Police Department officers on a four-block pursuit that ended in a two-car crash at Harsi's Subs N Pizza in the 3400 block of Georgetown Road.

A female passenger in the vehicle that was being pursued was arrested, while a male driver left the scene. A man in the other vehicle was transported to Methodist Hospital in serious condition.

IFD said the restaurant building's structural integrity is being tested after one of the cars collided with it and caused significant damage.

IMPD is investigating the incident.