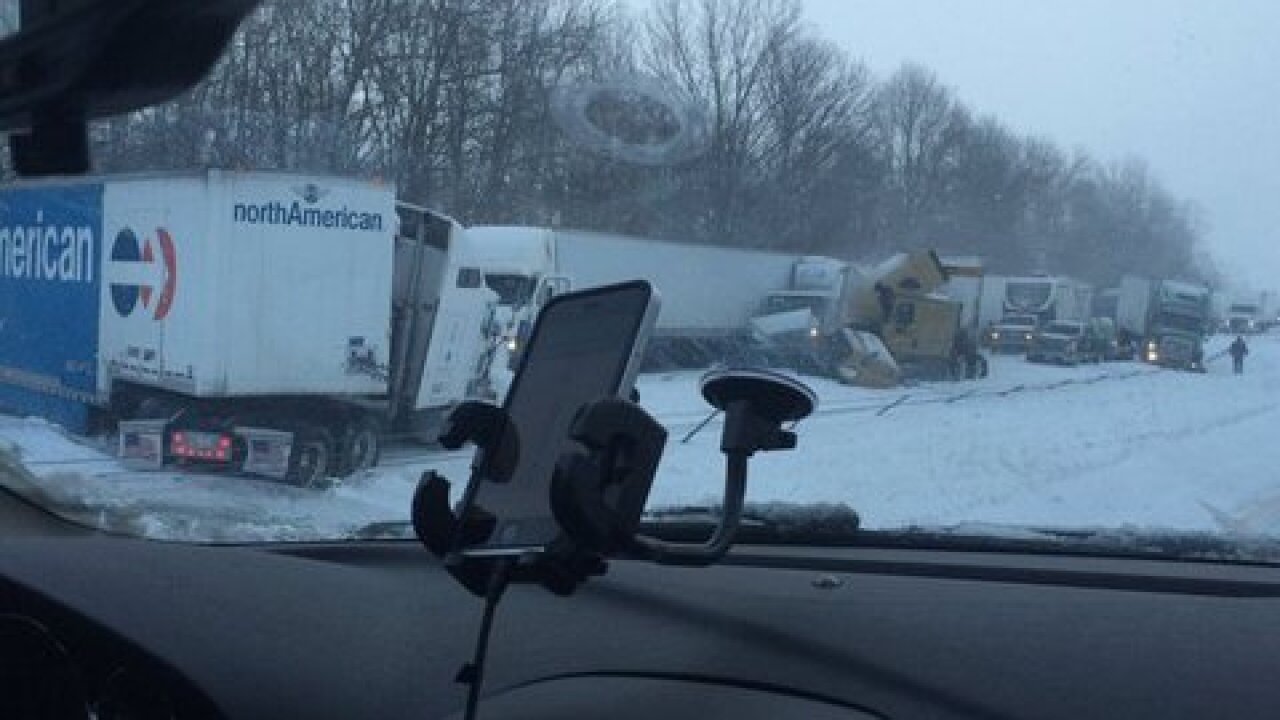 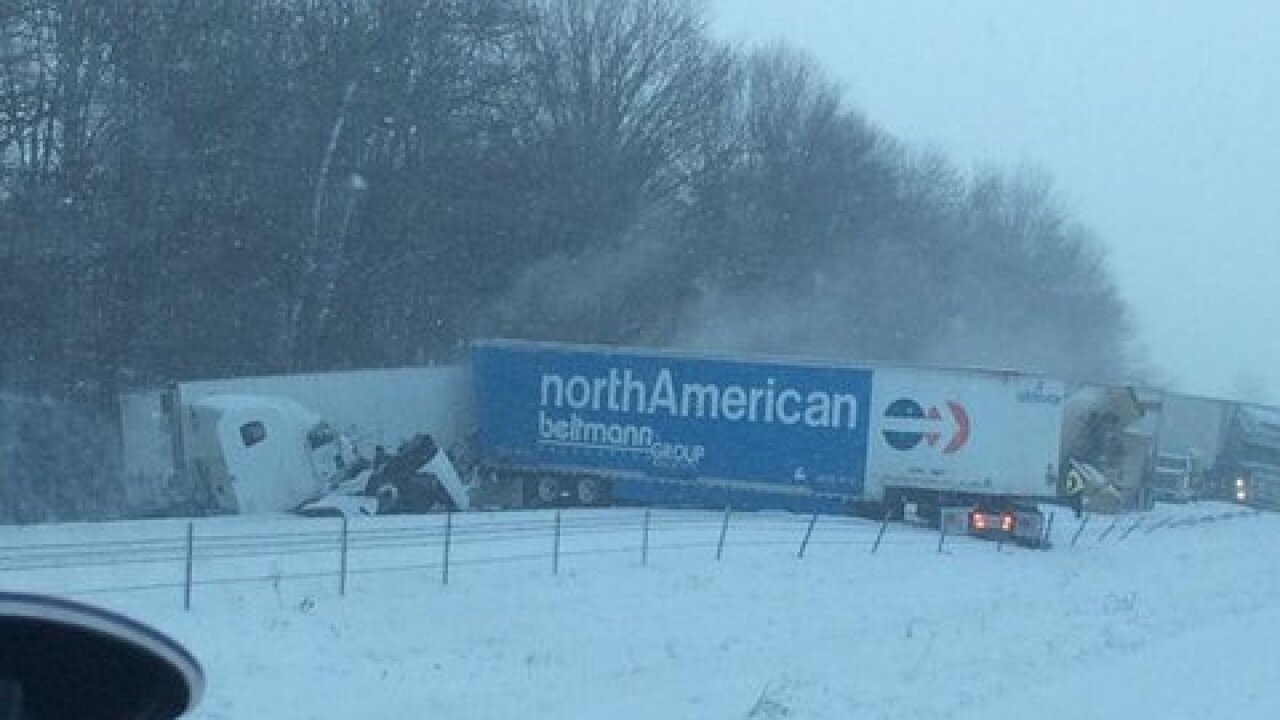 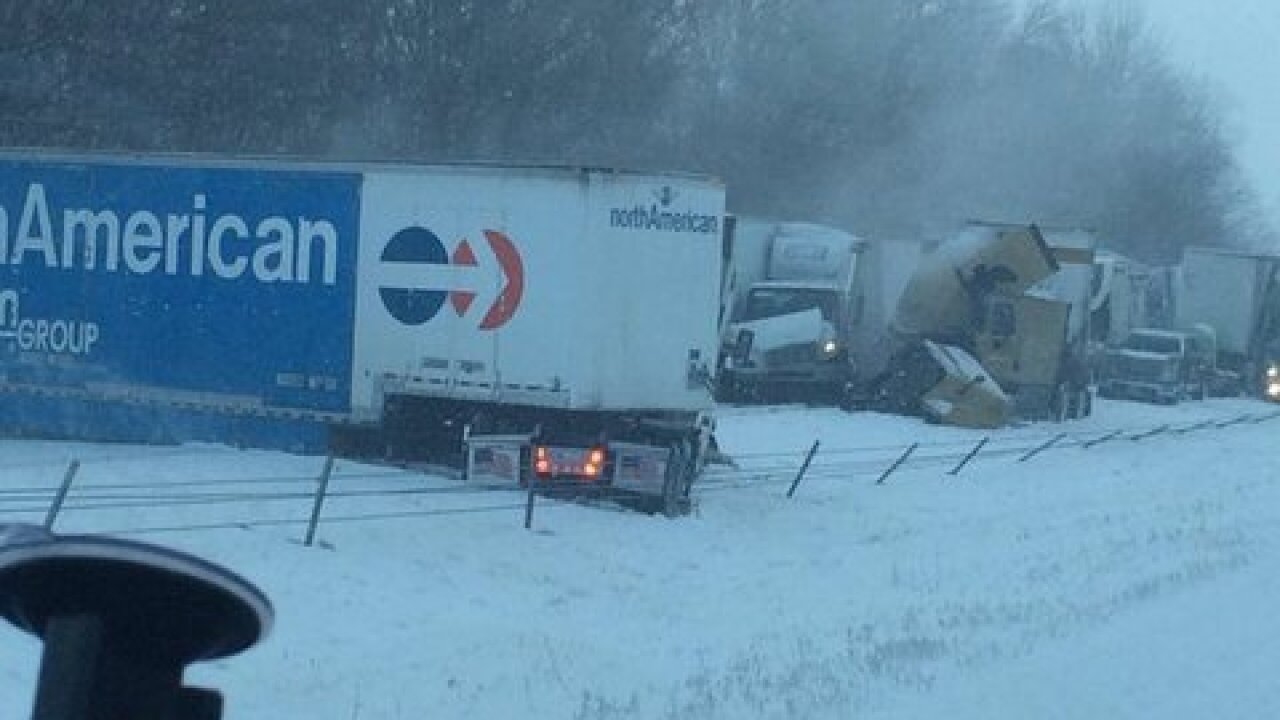 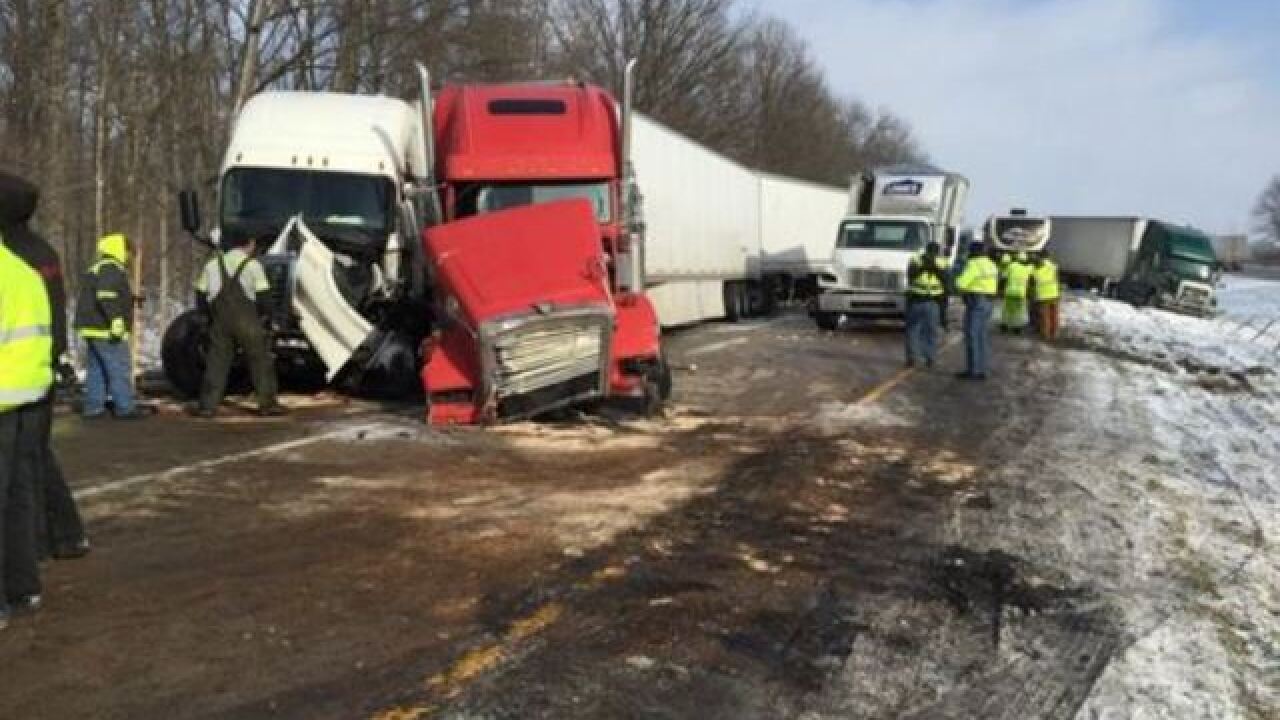 Troopers say the area was experiencing white out conditions when the driver of a North American Van Lines semi lost control and jackknifed.

A semi following behind the jackknifed truck, driven by 64-year-old Ermst Viere of Ontario, Canada, was able to stop but was then hit by another westbound semi.

Viere had to be extricated from his truck and suffered a broken leg. A passenger in the semi that hit Vieri's truck, 60-year-old William Leonard of Ladonga, Indiana, was taken to the hospital with foot injuries.

David Newsome, 56, of Indianapolis, had to be extricated from his truck with lower leg injuries when the semi he was driving was hit from behind.

Also treated and released from the hospital was the driver of a jeep, Carol Millard, 38, of Dayton, Ohio.

Traffic was diverted off I-70 onto U.S. 35 for over 7-and-a-half hours while crews worked to remove the vehicles from the road.

One semi was left in a ditch. Crews will work to remove it Wednesday.

Authorities say the investigation is ongoing and charges are possible.

VIDEO: Watch Mike Pelton survey the pile-up in the links below.

LIVE on #Periscope: Pileup on I70 near Richmond after whiteout snow https://t.co/LRgCEzXgA3

LIVE on #Periscope: Tow trucks at work after 9-Semi pileup on I70 Westbound near Richmond, IN 3 injured expected t… https://t.co/OgofVKpyDF

Several car/semi truck pile up outside Richmond, IN westbound I-70! I hope everyone is okay!!! @WTHRcom pic.twitter.com/aueHYLwQwf Fastest way to de-ice your windshield

It isn't in the same area, but there was also a large crash on Interstate 74 near the Indiana-Ohio border. 40 vehicles were involved.  According to state police, it also began with one jackknifed semi.

74W between West Harrison and St Leon. Check on your friends/families this morning.

Earlier this morning, citing emergency officials, we reported 30 vehicles were involved in the accident. That number was later revised.