$14k-worth of liquid THC sent to wrong house in Columbus 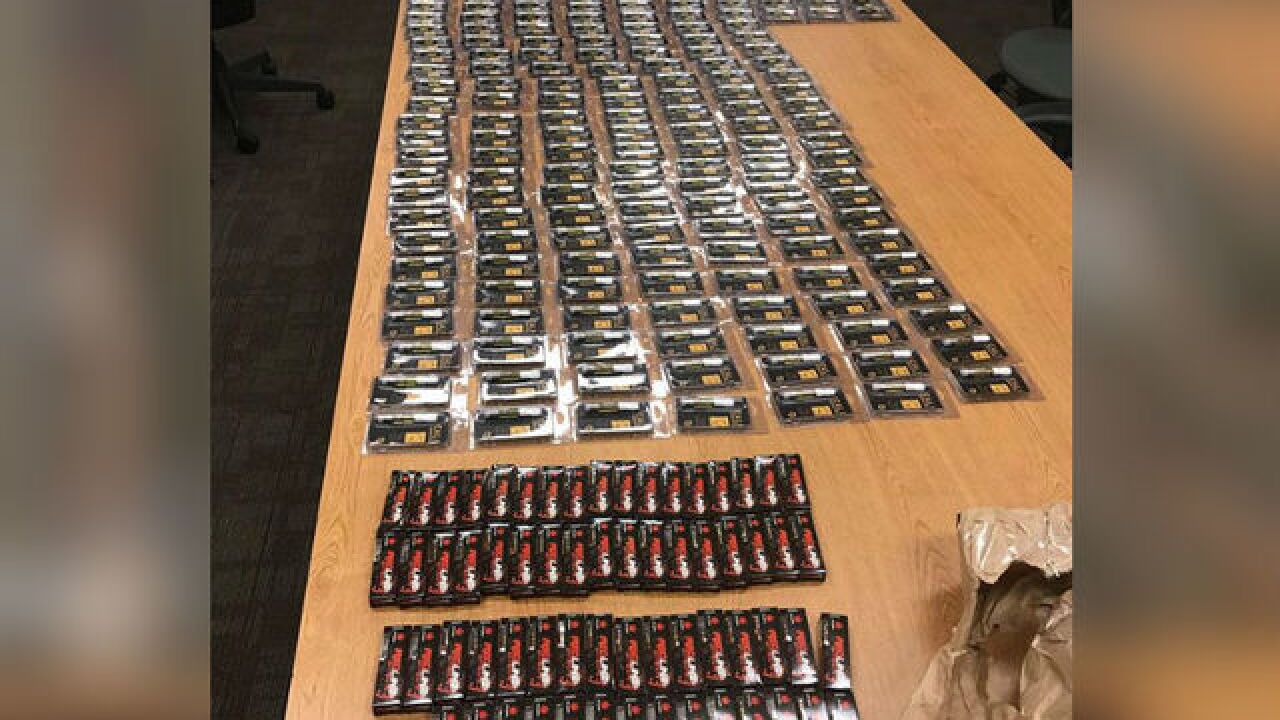 COLUMBUS, Ind. -- Columbus police say they again have thousands of dollars' worth of unclaimed drugs after someone mailed a box full of liquid THC to the wrong address.

The department posted to its Facebook page Tuesday afternoon that a city resident had checked his mailbox to find an unexpected package. Inside, the man found 358 packages of liquid THC.

Police say they estimate the package had a total street value of $14,000.

It’s the second time this year the department has been called about a package of drugs sent to the wrong address.

In January, CPD was called about 5.5 pounds of marijuana that arrived at a home unexpectedly.

PREVIOUS | Somebody mailed 5.5 pounds of pot to the wrong Columbus address

“We are again at a fork in the road,” the department wrote on its Facebook page. “Just like the five pounds of marijuana sent to the wrong house in Columbus last year, we again have a bunch of drugs that for some reason nobody wants to claim.”

The department invited anyone who wanted to claim the drugs to come to CPD during regular business hours.

“Don’t forget to bring your ID card,” the department added. “It just makes the process move a little bit faster.”