12 arrested, thousands of dollars in drugs and guns taken off the streets in Columbus bust 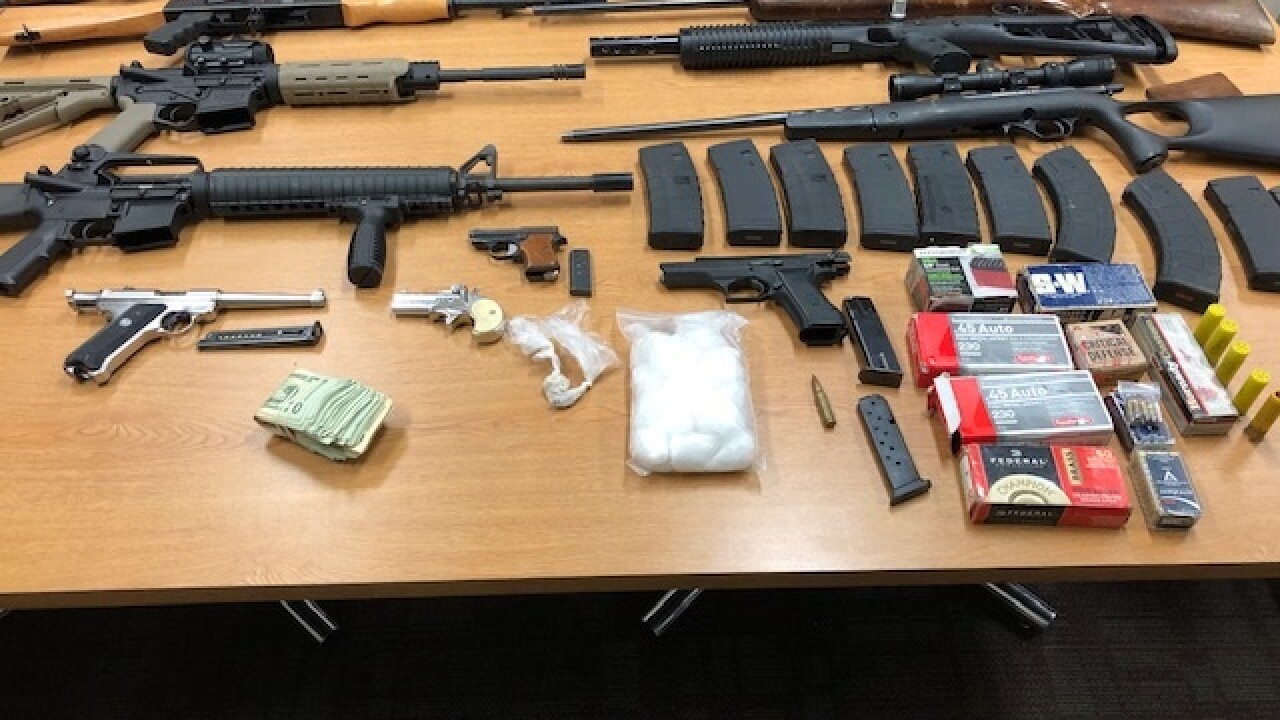 COLUMBUS — Twelve people are in custody after a multi-agency drug bust in Columbus on Thursday night where officers netted a large amount of drugs, guns and currency.

Officers with the Columbus SWAT Team served a search warrant at a home in the 2100 block of California Street around 10 p.m. after receiving information that the house contained drugs and firearms.

Prior to the warrant being served, officers conducted several traffic stops and arrested five people on drug charges that are also connected with the bust.

While serving the warrant, officers and investigators uncovered the following:

During the search, seven additional adults were arrested on preliminary charges.

“Thanks to hard work of the officers from the Columbus Police Department and the Bartholomew County Sheriff’s Department, we were able to remove a sizable amount drugs and weapons out of our city last night," Columbus Chief of Police Jon Rohde said. “I am proud of the great work that these officers do each day and the sacrifices they make to help keep our community safe."

The investigation into the sale of illegal drugs continues, according to the Columbus Police Department, and additional charges are possible as part of the ongoing investigation.