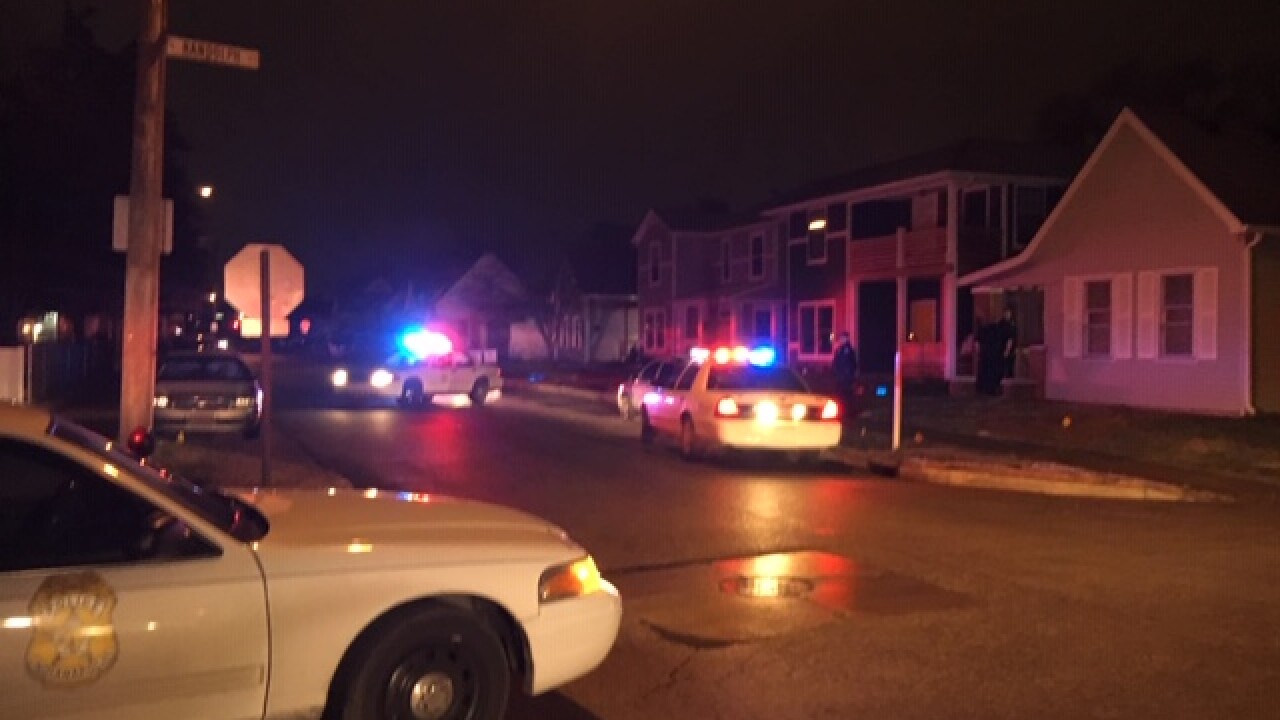 Eldon Wheeler/RTV6
Indianapolis police investigated a shooting in the 1900 block of Orange Street on Saturday, Feb. 8, 2020.

INDIANAPOLIS — Indianapolis police said a man has died by suicide after an attempted murder-suicide Saturday night near Fountain Square.

Indianapolis Metropolitan Police Department public information officer Michael Hewitt said authorities responded around 8:15 p.m. to the 1900 block of Orange Street after a woman called police saying she had been shot. When officers arrived, they also found a man suffering from a gunshot wound.