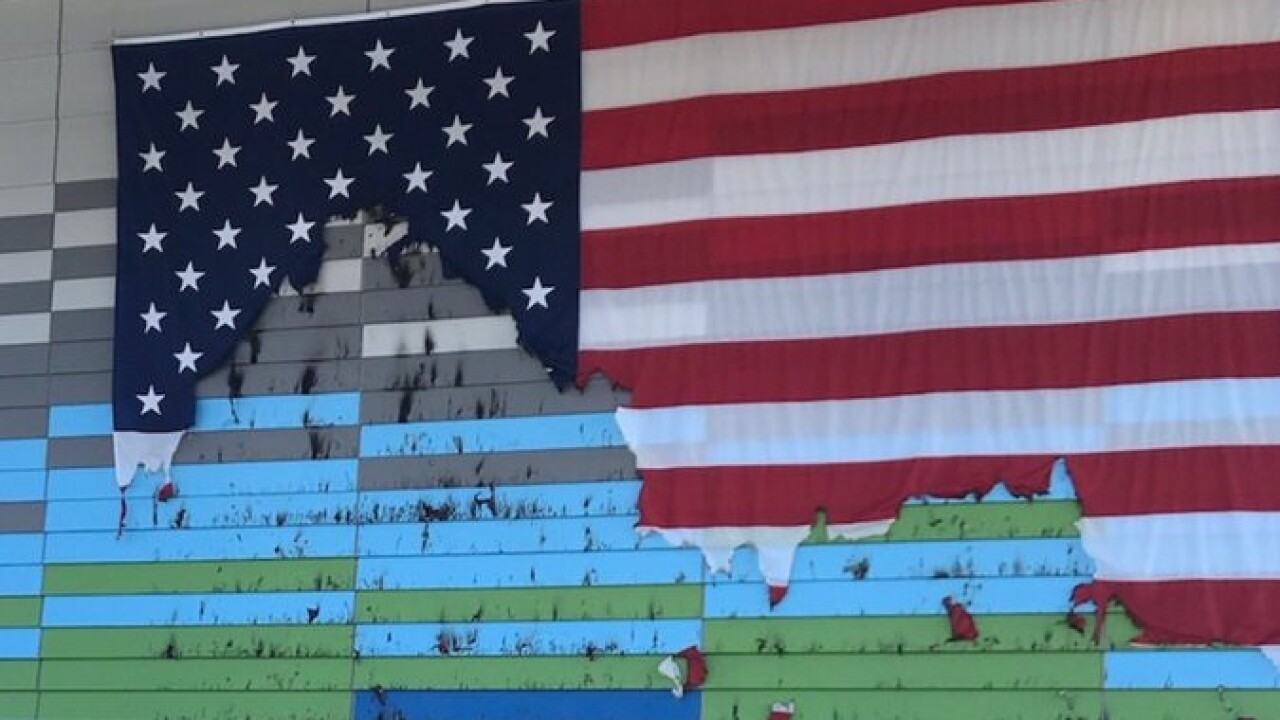 FISHERS — The ACLU of Indiana is asking authorities in Indiana to reconsider flag desecration charges being presented in the case against two men accused of burning a flag in Fishers on July 4.

George Drake and Christopher Graham, both 18, will each face four felony counts of arson, along with misdemeanors for criminal mischief and flag desecration after the American flag displayed at the Nickel Plate District Ampitheater was burned.

The cloth flag that hung at the back of the stage at the amphitheater received significant damage after it was set on fire late in the evening on July 4.

“In 1989, in Texas v. Johnson, the Supreme Court of the United States held that the defendant’s act of burning an American flag during a protest rally was expressive conduct fully protected by the First Amendment. Based on this, the Seventh Circuit Court of Appeals has reiterated that the First Amendment forbids punishing people who desecrate the American flag," the ACLU said.

However, under Indiana law, a person who "mutilates, defaces, burns, or tramples any United States flag, standard, or ensign commits flag desecration" and can be charged with a Class A misdemeanor.

“The ACLU of Indiana has previously challenged Indiana’s flag desecration law in a 2004 lawsuit, Lawson v. Hill. The 2004 case on behalf of an Indiana high school student was filed against then Prosecutor Curtis Hill. In ruling against the student, Federal Circuit Court Judge Posner stated that Prosecutor Hill ‘told the police not to investigate whether the students were violating the statute. The reason for his forbearance was that the U.S. Supreme Court has held that the First Amendment forbids punishing people who desecrate the American flag.,'" the ACLU of Indiana said.

Their statement continued, “We understand that every prosecution depends on case specific facts. While the facts in Fishers are still emerging, we are concerned that charging these individuals with flag desecration sends a message to the public that Indiana state law punishes individuals for constitutionally protected expression. The ACLU of Indiana will continue to react quickly and forcefully to any attempts to restrict the protections of the First Amendment.”