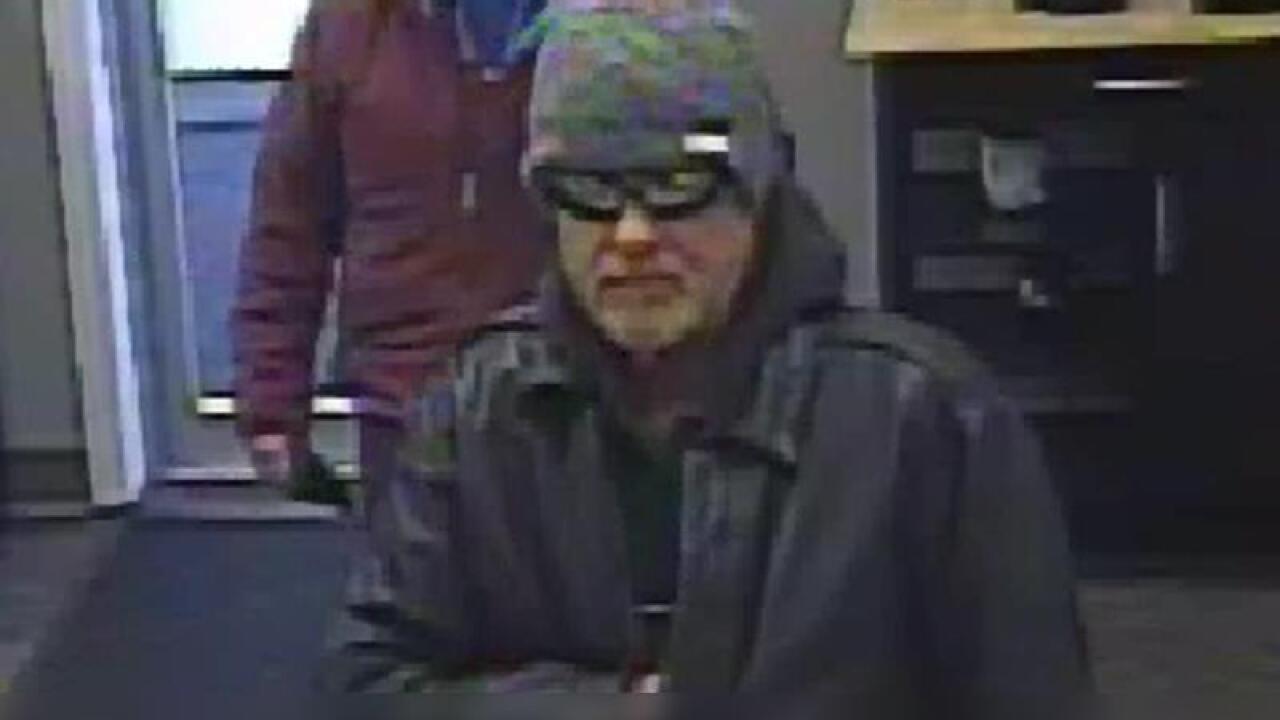 Alexandria Police Department
Alexandria police are looking for a man who robbed a bank on Saturday, Jan. 25, 2020.

ALEXANDRIA — Police in Madison County are looking for a man who allegedly robbed a bank Saturday morning.

Holtzleiter described the suspect as a white male with salt and pepper facial hair who is in his 40s or 50s and was wearing a dark jacket, sunglasses and a gray hat.

The man passed a note to the teller that said he was armed with a gun and was robbing the bank. The teller complied with the note, and the man left the bank with an undisclosed amount of cash.

No one was injured in the incident, Holtzleiter said.

Anyone with information can email Holtzleiter at alexandriadetective@gmail or call 765-724-3222.