Amiah's mother: 'If you have my daughter, bring her home' 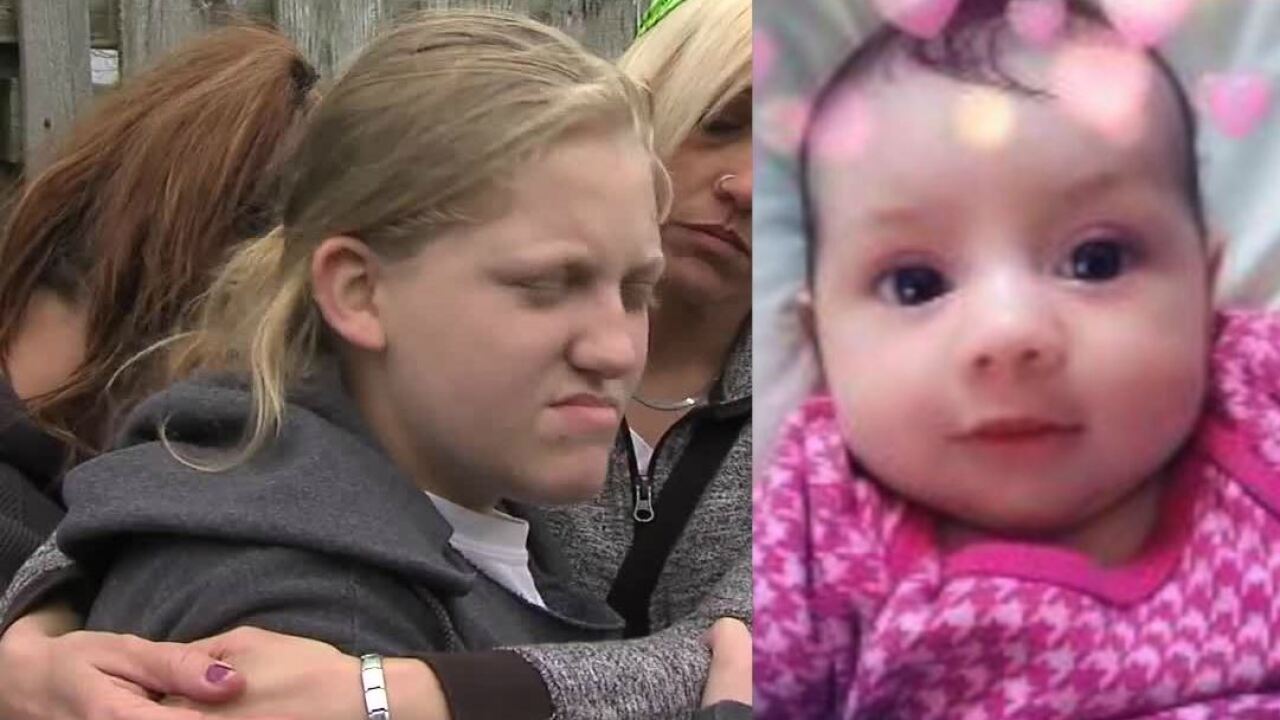 INDIANAPOLIS — Amber Robertson, mother of the missing 8-month-old infant Amiah, issued a plea to the public Tuesday afternoon begging anyone with information about where her daughter could be to bring her home.

"I'm very hurt that someone has my daughter out here somewhere," Amber said. "Yes I've cried so much, I'm so torn apart, I don't even know how to keep going on with myself everyday. I do it for my son. I do it for my daughter as well because I know she'd want me to do it for her brother."

Amber addressed the media after police finished their search at the home of Amiah's babysitter on Holmes Avenue, the last place police believe Amiah may have been seen alive. Amiah's disappearance is being investigated as a homicide, although police have not found her body.

Amiah Robertson was reported missing on March 16, but investigators say Amiah was last seen alive on March 9 when her mother's boyfriend, Robert Lyons, says he took Amiah to the babysitter.

The search on Monday and Tuesday was focused on that babysitter's home after IMPD Deputy Chief Chris Bailey said investigators received information that there may have been something in the backyard of the home. IMPD Forensics, cadaver dogs and a team from the University of Indianapolis searched the yard and were unable to find anything to help with their investigation.

Amber said she didn't believe they would find anything at the home, but she was hopeful that they would get information about where Amiah might be.

"I have to get up every day and face the fact that I have to keep going," Amber said.

For now, she'll continue to hold onto the hope that Amiah is out there.

"As a mother I believe that my daughter.. I have that hope as a mom," Amber said. "I feel my daughter is still out there, she's scared and she wants to come home."