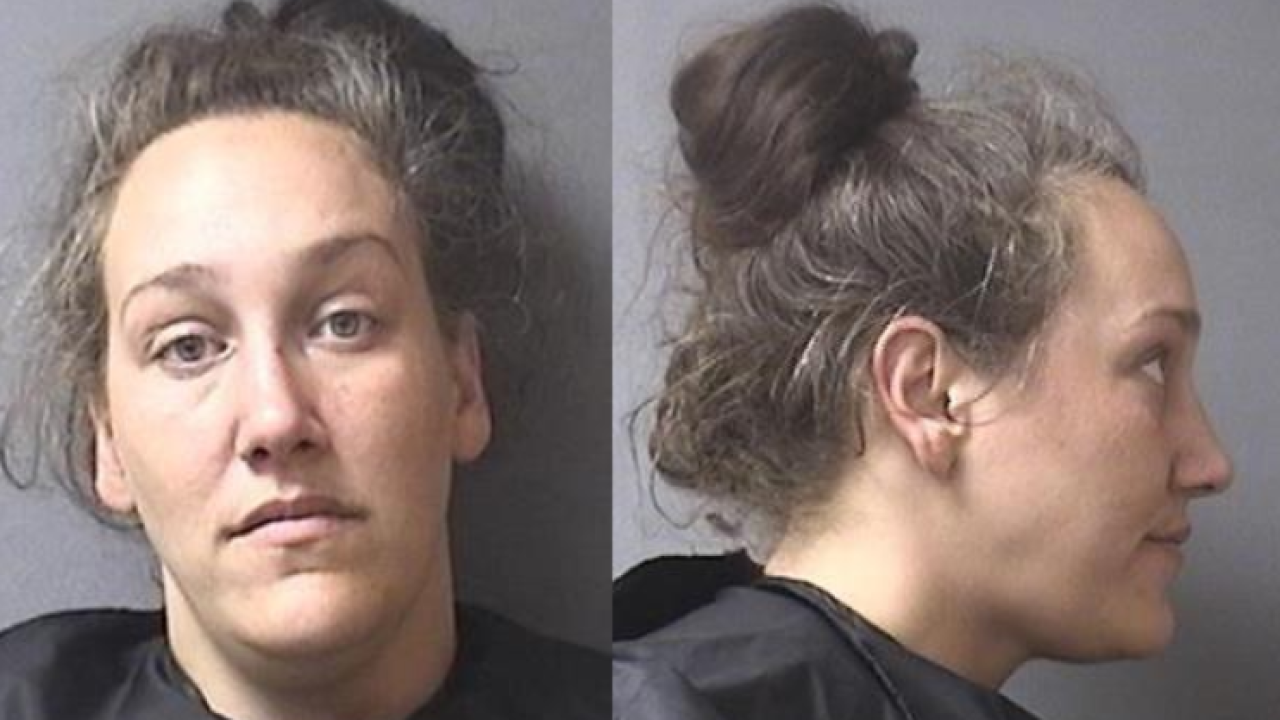 ANDERSON — A woman who is facing murder charges in the death of her mother provided details of the alleged crime to a jail informant, according to a police affidavit.

Bonnie Joslin, 34, is accused of suffocating her mother, Mona Davis, 53, June 5 at the Madison Square Apartments in Anderson and stashing Davis' body inside trash bags in a closet. Joslin was charged July 24.

Joslin was in custody at the Madison County Jail on an auto theft charge when she is said to have discussed her mother's death with the informant.

"During this investigation, a jail informant provided a recorded statement. She was confided in by Bonnie that she 'suffocated' her mother," Larry Crenshaw of the Anderson Police Department wrote in the affidavit. "The informant provided specific details of the crime scene and specific details of Mona's death, known only to law enforcement officers."

According to the affidavit, the informant told police that Joslin and her mother tried to purchase spice or synthetic marijuana. They began to argue in the living room when Joslin allegedly put a pillow over her mother's face and held it there until she stopped moving.

The affidavit says the informant told police Joslin claimed to have opened the apartment's windows and turned on the air conditioner due to the smell, which Crenshaw wrote he confirmed when he first visited the scene June 20 on a welfare check on Davis.

"Officers noticed a strong odor emitting from the apartment which was associated with a decomposing-dead body," Crenshaw wrote.

Joslin was arrested June 21 in New Castle for allegedly driving a stolen truck. The affidavit says Joslin said her mother had left for Florida on June 17, along with a man, a bag of clothes and the cremated remains of a family dog named Brutus. The man denied to police he was with Davis, while police later found Brutus' urn at the apartment.

Joslin also was asked about a June 12 call she made to Madison County Central Dispatch in which she allegedly said she was Mona Davis and was near Springfield, Ill. Crenshaw wrote that Joslin also said she was moving to Tallahassee, Fla. and had a new job with the Florida Department of Transportation.

The affidavit says Davis' INDOT co-workers were concerned that she had not reported to work and filed a missing person report.

"They also knew returned text messages were not coming from Mona," Crenshaw wrote.

Police interviewed Joslin on July 24. The affidavit says she spoke of "black-outs and mental disorders" and had little memory of other facts, other than that she purchased some face masks that were found in the truck and apartment. Officers asked who could have hurt her mother.