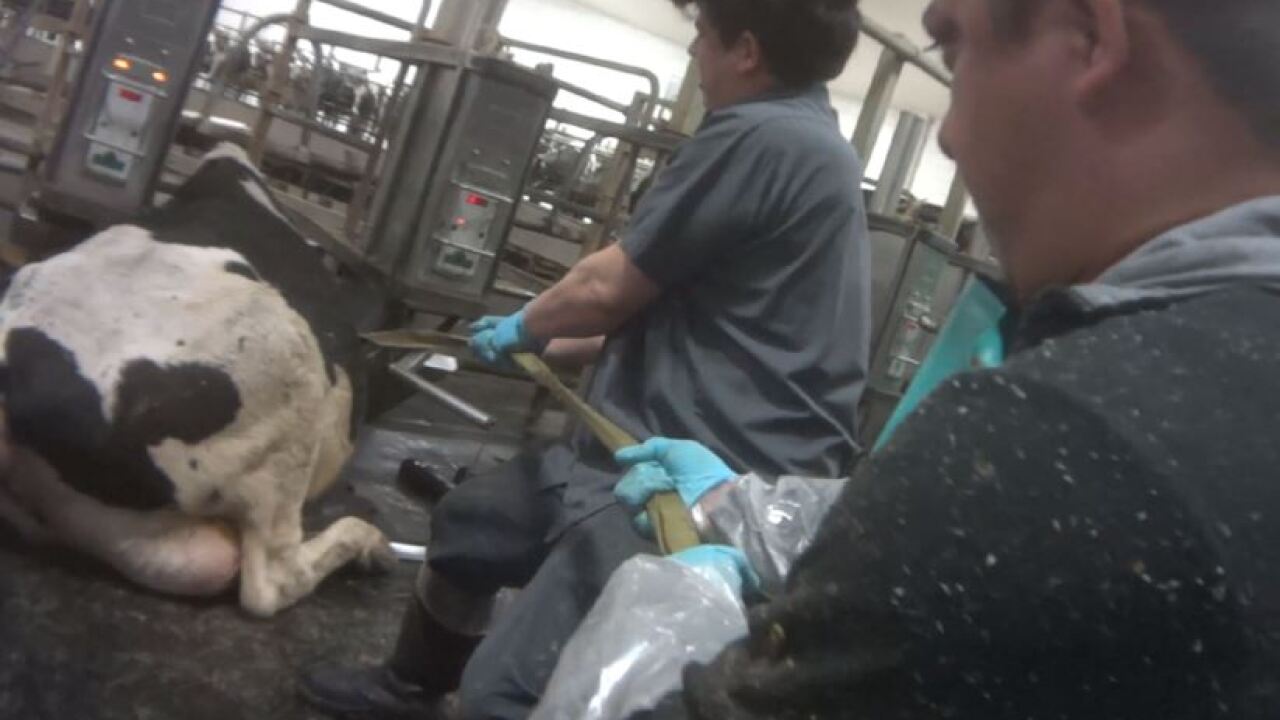 Along with its joint venture with the Coca-Cola Company, Fairlife entered into an exclusive partnership with Chick-fil-A to create their Greek Yogurt Parfait in 2015. In a quote taken directly from the Fair Oaks Farms website, it states “Fairlife products made from Fair Oaks Farms milk”. Fair Oaks Farms and Fairlife Corporation both created brands based on promising and promoting the humane care of the cows from whom their products are sourced. The Fairlife website states, “As dairy farmers, we treat our cows with the utmost care, because we know that their health and happiness are the foundation of our business”.

ARM released video earlier this month showing abuse to calves at another Fair Oaks Farms location. That video was taken by ARM during an undercover investigation between August and November 2018 after one of their investigators was hired as a calf care employee at the Fair Oaks Farms Prairies Edge North Barn.

“Fair Oaks Farms Dairy Adventure operators educate their guests that dairy cows on their farms enjoy comfort and relaxation due to their innovative carousel milking system. This couldn't be further from the truth. The Fair Oaks Farms and Fairlife adult cows live in sheer misery. Deprived of simple medical care, aid, and any form of compassion, the mother cows live sad, painful lives in the hands of Fairlife. Fairlife and the dairy industry are the last true concentration camps left on earth.” - Richard “Kudo” Couto, ARM Founder

RTV6 has reached out to Fair Oaks Farms and we are waiting to hear back.