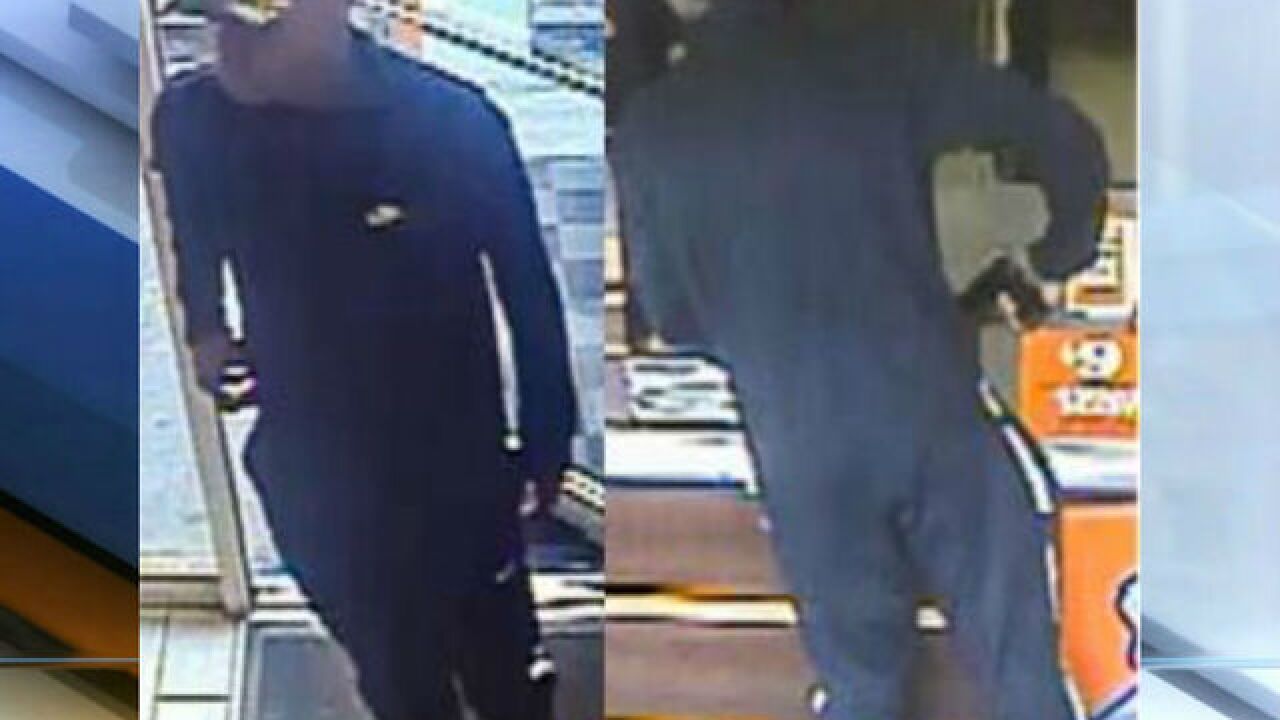 The robbery happened Sept. 9, at the Little Caesar's at 3400 S. East St., according to a release from the Indianapolis Metropolitan Police Department.

At about 2:30 p.m., a black man entered the restaurant, approached the counter, showed a handgun, and demanded money and a pizza, the release states. He then fled the area on foot, with the pizza.

The suspect is about 6 feet tall, slim build, dark complexion with facial hair. He was wearing a baseball hat, a black Nike jacket with the logo trimmed in red, and black pants with a white stripe.

If you have any information regarding this incident, please contact Crime Stoppers at 317-262-8477. You can also text “INDYCS” plus your tip to 274637. Your tip can be reported anonymously.