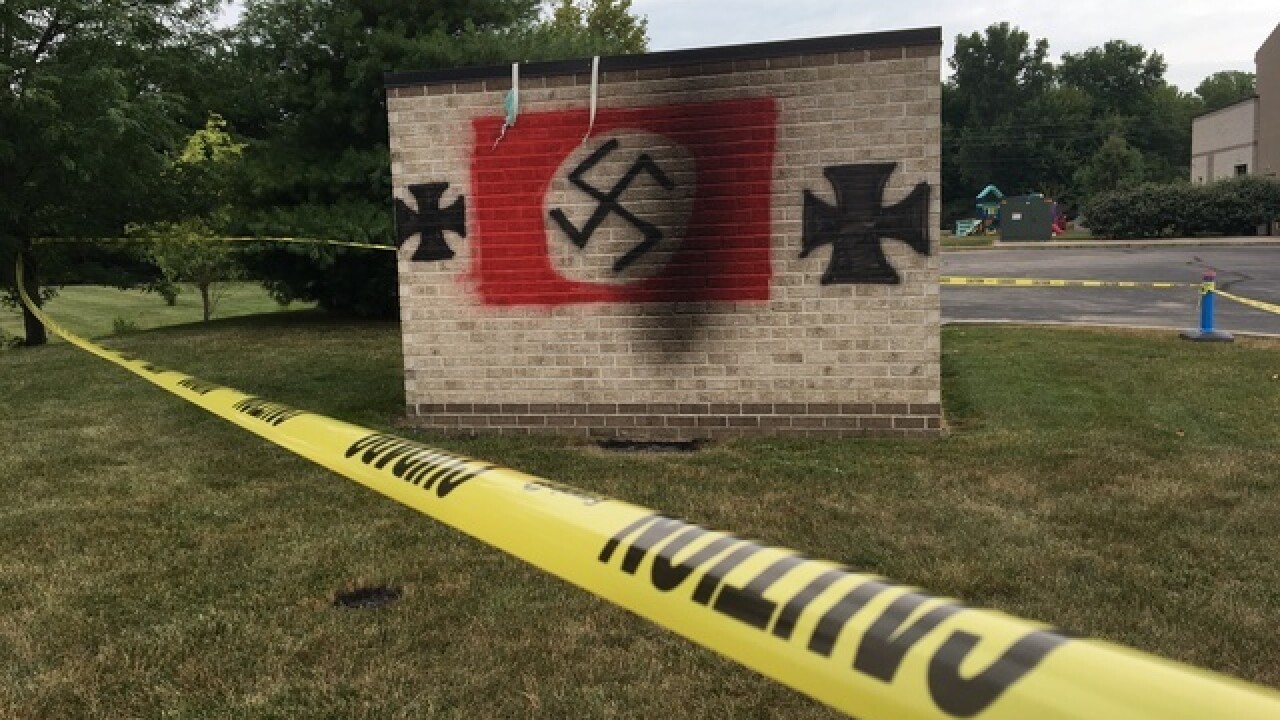 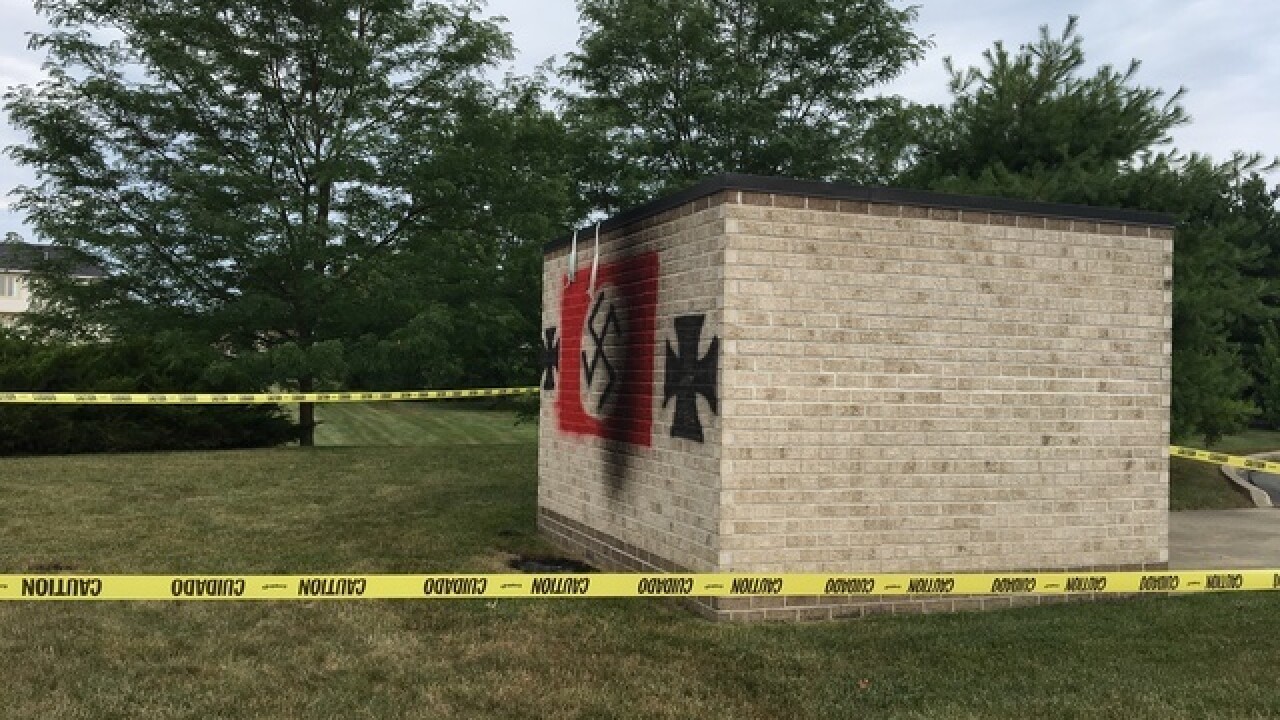 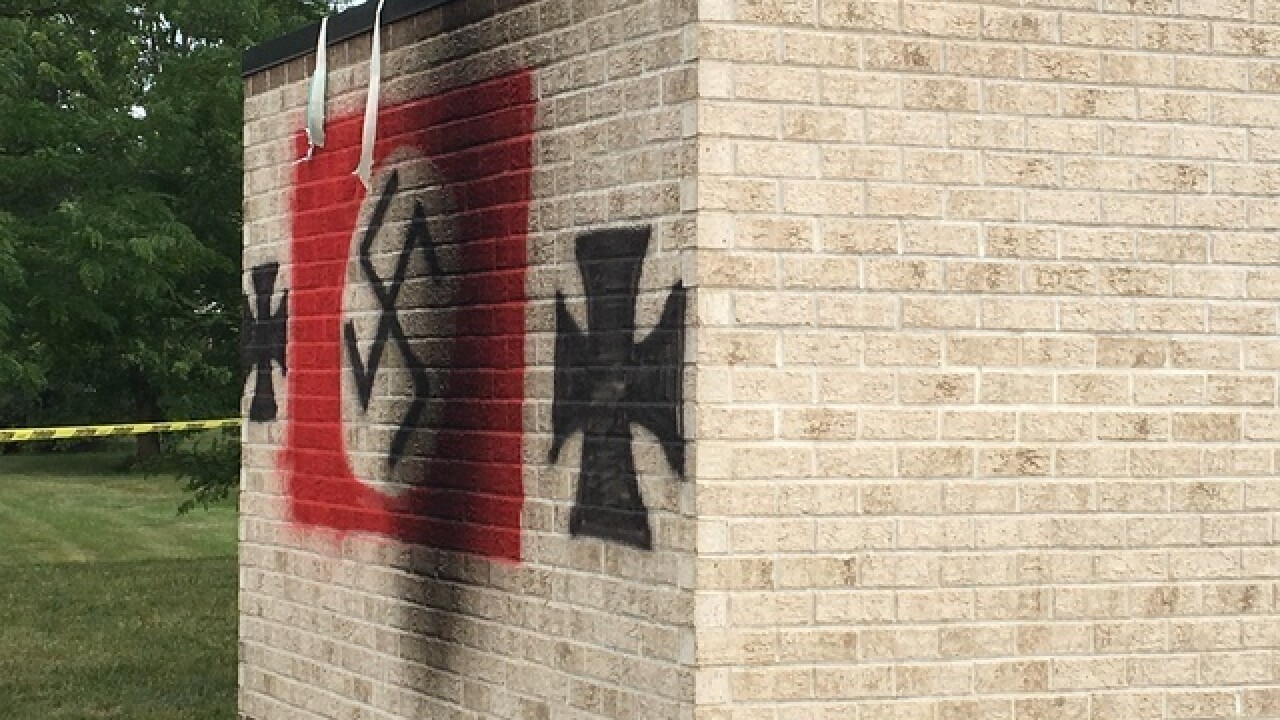 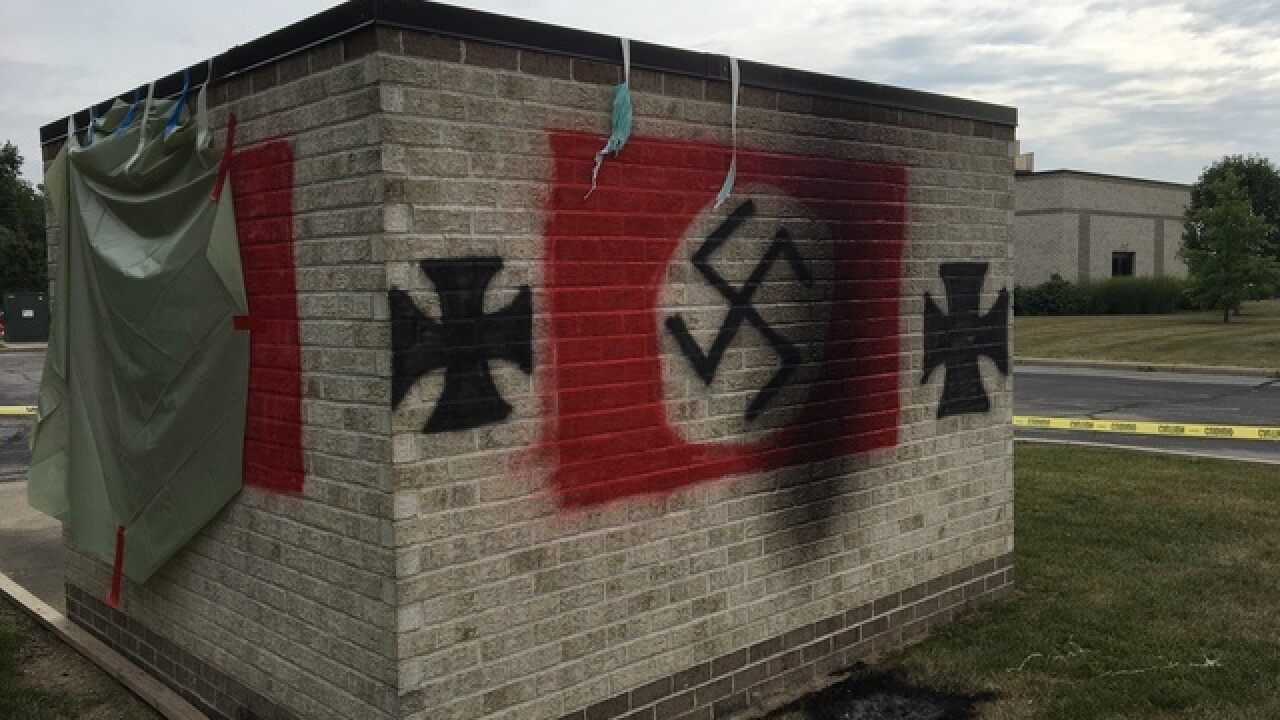 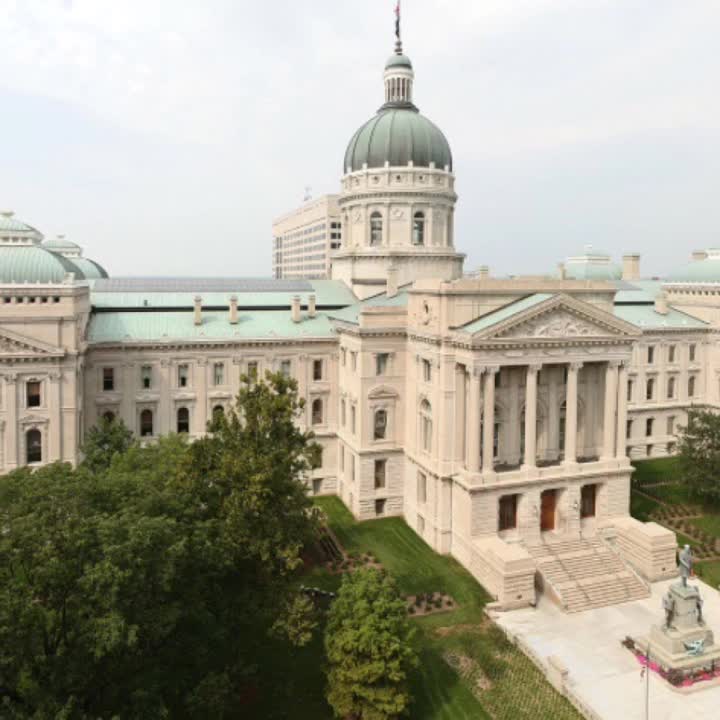 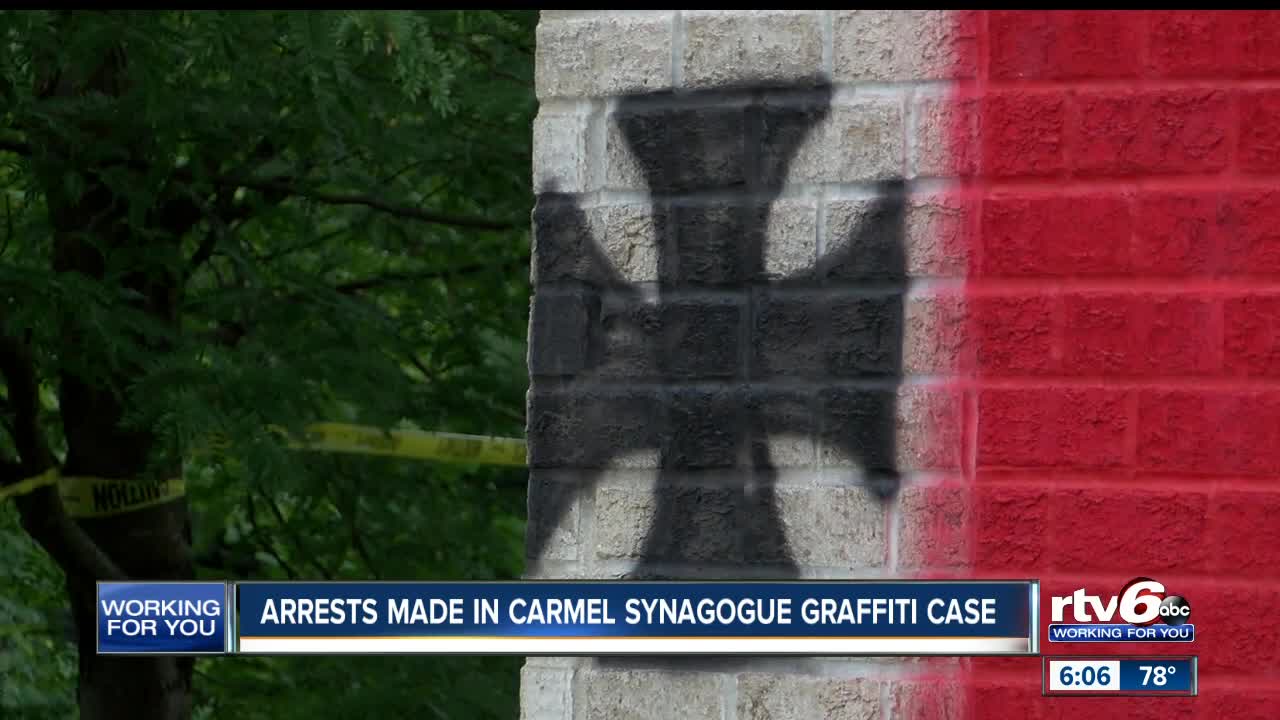 CARMEL, Ind. -- A 20-year-old Cloverdale man was charged in connection with vandalism at a Carmel synagogue found about a month ago.

Swastikas and iron crosses were painted on a shed and garbage bins at Congregation Shaarey Tefilla in the 3000 block of W. 116th Street in Carmel on Friday, July 27. The vandals were also seen on video burning something in front of the garage, according to Corey Freedman, president of the congregation.

Nolan Brewer, 20, faces a charge of conspiracy to violate civil rights, which carries a maximum sentence of 10 years in prison.

A 17-year-old female, who police call a co-conspirator, is in Carmel police custody. She is facing state criminal mischief and arson charges.

The FBI and Carmel police found surveillance video of Brewer and the co-conspirator buying red and black spray paint and bandanas from Walmart. Evidence of the crime was also found at Brewer's residence and inside his vehicle, according to authorities.

The vandalism led to an outpouring of support for the synagogue, from state, local and national officials. The attack also led Gov. Eric Holcomb to voice his support for a hate crime law. Indiana is one of five states without one.

"I think it's long overdue that we move forward as a state," Holcomb said. "I want to be one of 46, not one of five."