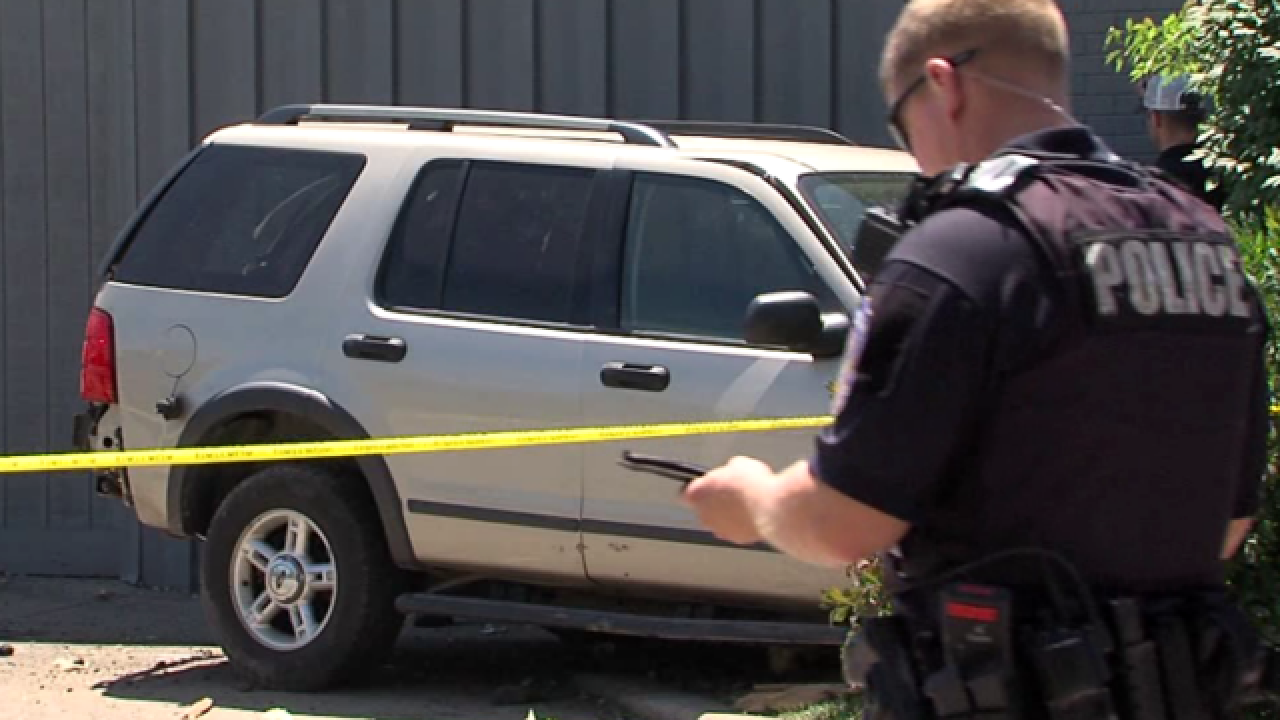 INDIANAPOLIS -- The bank robbery suspect who crashed into a building while fleeing from police Friday afternoon is being looked at in connection to six other bank robberies, Call 6 Investigates has learned.

Jaquan Lavon Smith, 25, was taken into custody Friday in connection with a robbery at the PNC Bank located at 1059 Virginia Avenue in Fountain Square.

Bank employees told police Smith entered the business and passed a note stating that he was committing a robbery. He fled the scene, cash in hand, but was located by officers soon thereafter in the 500 block of South State Street.

Smith reportedly pulled over briefly, but then fled in his 2004 Ford Explorer as officers began to approach.

At Southeastern Avenue, Smith apparently lost control of his vehicle, becoming airborne and striking two telephone poles before crashing into a building.

Smith climbed out of the window of the Explorer and attempted to flee on foot, but was apprehended a short time later. He was checked on the scene by medics and found to have only minor injuries.

An IMPD officer also sustained minor injuries during the pursuit.

In an interview with police, Smith reportedly confessed to the PNC robbery, but denied any involvement in six other robberies in the Indianapolis area since June 11:

Last month, the FBI released security images of the suspect in those robberies. He was described as a black male standing approximately 5’7” to 6’0” and weighing around 200 pounds.

As of Saturday afternoon, Smith was being held at the Marion County Jail on preliminary charges of robbery and carrying a handgun without a license in connection with the Friday robbery at the Fountain Square PNC Bank. No charges had been filed in connection with any other bank robberies.

Both IMPD and the FBI declined to comment for this story.