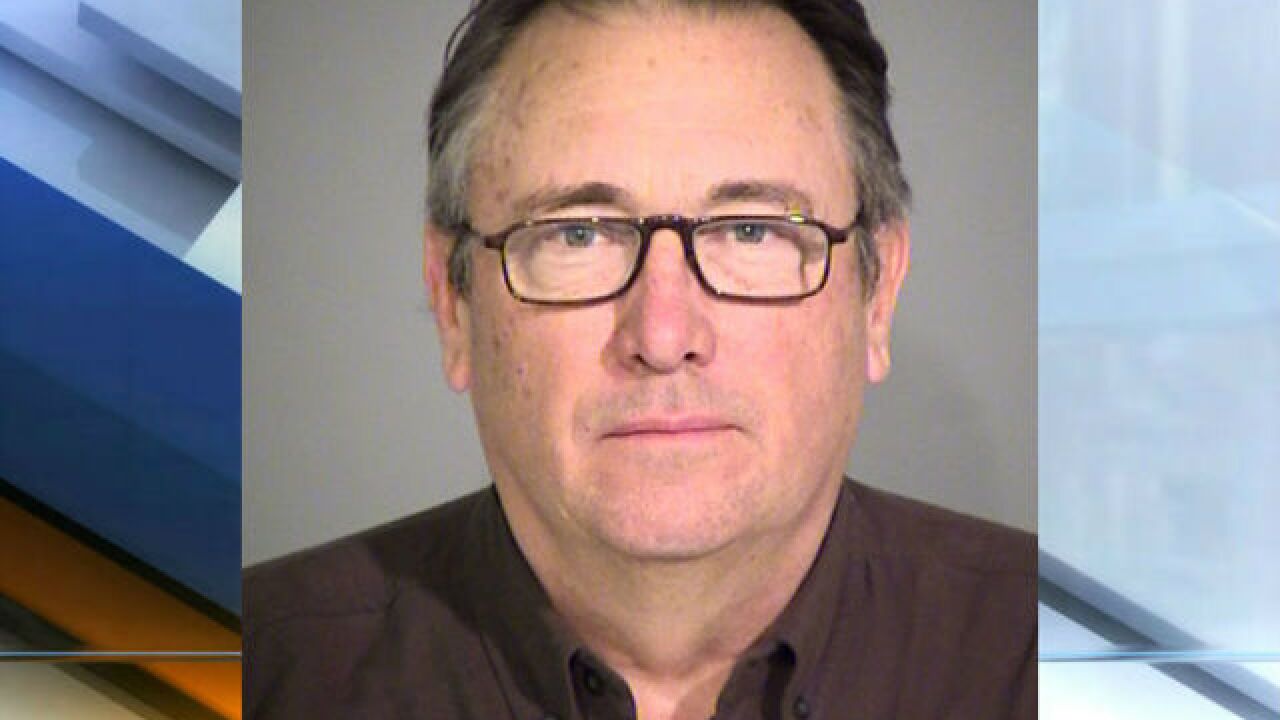 The Medical Licensing Board of Indiana filed an order Thursday revoking the license of Dr. Tristan Stonger, the doctor who pleaded guilty to running three pill mills across Central and Northern Indiana.

Stonger was charged with dozens of felony counts in Monroe, Marion and Miami counties for overprescribing narcotics to patients to cause them to develop a dependency on the medication – and then demanding sex in exchange for continued prescriptions.

Stonger eventually pleaded guilty to many of the charges, including dealing in a controlled substance, dispensing a legend drug illegally and insurance and Medicaid fraud, and was sentenced to 10-and-a-half years of probation. Stonger is currently serving his probation in Miami County, where he lives.

As part of his plea, Stonger agreed not to apply for renewal of his medical license in the state of Indiana.

On Thursday, the Medical Licensing Board filed paperwork with the Indiana Professional Licensing Association stating that Stonger had voluntarily consented to the revocation of his medical license. Stonger will also have to pay a $5,000 fine to the IPLA, and a fee of $5 into the Health Records and Personal Identifying Information Protection Trust Fund.

The charges against Stonger stemmed from a DEA investigation into his pain management clinics in Bloomington, Greenwood, and Peru, Indiana.

A former employee told DEA agents that Stonger would regularly see 80-150 patients per day, and only spend 2-5 minutes with them at a time. Some of those patients would be taken to a room alone with Stonger, where he would lock the door behind him, according to the probable cause.

A pharmacist who worked near one of Stonger's clinics told investigators he filled more narcotics prescriptions at that location that anywhere else he'd ever worked – up to 10 patients an hour from Stonger's office.

Patients of Stonger's complained that "the waiting room at Stonger's office is full, and they are 'in and out' of their visit with a prescription but no real patient care or exam." Other patients told investigators that Stonger threatened to withhold patients' prescriptions if they didn't submit to injections of "a special concoction that he made up using FDA-approved drugs."

Records show patients from as far away as Churubusco, Indiana – 63 miles away – were filling prescriptions from Stonger's Bloomington office. Investigators also determined that on 37 different days in 2015, Stonger issued more than 90 controlled substances prescriptions to patients. On the busiest day, Stonger wrote prescriptions for 152 patients.

While observing his office, DEA agents reported seeing Stonger seeing as many as 70-90 patients in a span of four hours.

During the investigation, a former employee and patient of Stonger told DEA agents he was given a job working at Stonger's farm at one point in exchange for prescriptions. He also said Stonger gave him a bag full of painkillers at his office.

As of July 24, all of the criminal cases against Stonger have been resolved. He still faces a civil lawsuit filed in January in Monroe County.