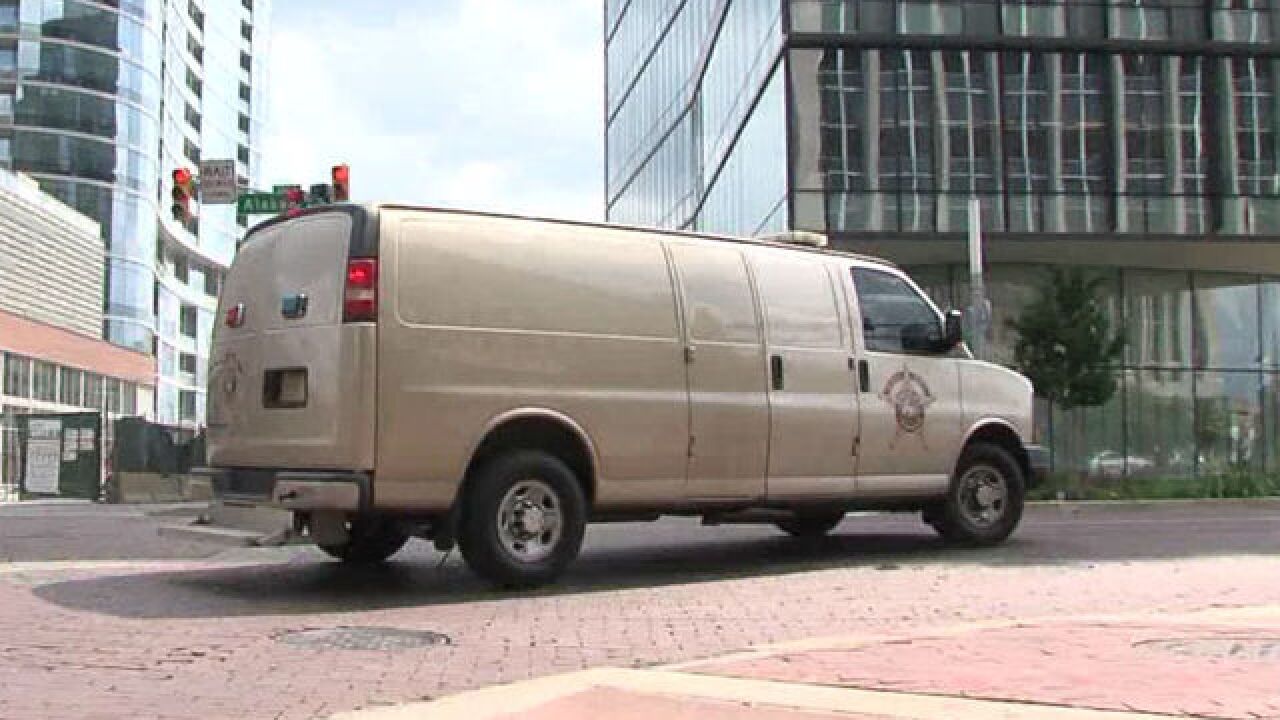 INDIANAPOLIS -- A battle between the Marion County Sheriff's Office and the Indianapolis Metropolitan Police Department is causing neighborhoods to be uncovered by police officers.

The prisoner transport wagons are run by the Marion County Sheriff's Office. It was a responsibility they picked up during the merger of the sheriff's patrol division and IPD. But over the last week, few wagons are being used.

The sheriff's office has been running some shifts with only two wagons for the entire county -- all 403 square miles. According to a message sent to officers' in-car computers, some wagons refuse to pick up any single arrestees.

The head of the police union says it comes down to officer safety and keeping officers on the beats.

"Our officers can transport if its absolutely necessary," said Rick Snyder, the president of the Fraternal Order of Police No. 86 "The problem that occurs with that are additional safety concerns."

IMPD doesn't have their own wagons, and none of their cars have cages in them. Often, two officers are pulled from the beat to transport the person to processing at the City-County Building. That means some neighborhoods could be without a beat officer.

"You could have a 30-35 minute drive time just to get to the lockup, let alone processing and getting back to the district," Snyder said.

In some instances, officers have to judge whether or not to make an arrest because the district is too busy to lose an officer from the neighborhood.

"Officers having to judge, 'Is this arrest worth being out of service for up to two hours just for transport issues alone?'" Snyder said. "The one thing we don't want officers getting in the middle of is picking and choosing whether or not to make an arrest when it is appropriate and needed."

The sheriff's office released a statement about the shortage, saying:

"The decreased number of transport wagons overnight is due to staffing shortages. The MCSO is working with IMPD to determine temporary solutions for night jail transportation."