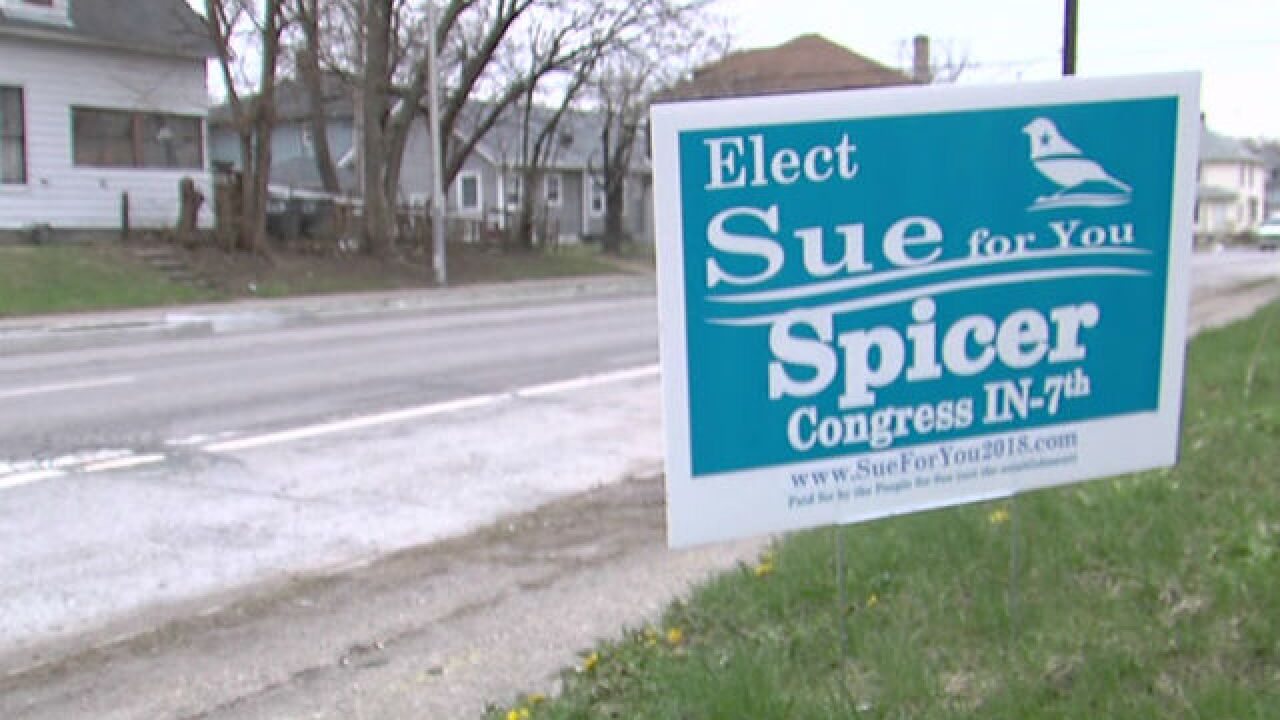 INDIANAPOLIS -- A candidate for a seat in the U.S. Congress has had several of her Indianapolis campaign signs stolen recently.

Sue Spicer, a Democrat running for the Indiana 7th Congressional District seat, said she has had three signs stolen from Hamilton Avenue near her house.

"It's hard not to feel a little targeted," Spicer said. "It's a rough game when you're primarying an incumbent and politics is a blood sport."

She doesn't think the signs were stolen by another campaign, but considers it an issue with a "rabid fan."

The stolen signs have already been replaced. Anybody caught could face misdemeanor charges.

Spicer is vying for the seat currently occupied by Democrat Andre Carson.

A spokesperson for the Carson campaign said they have also had signs stolen this year. They called the theft of Spicer's signs "unfortunate" and said they're looking forward to a civil campaign.

The primaries are set for May 8.