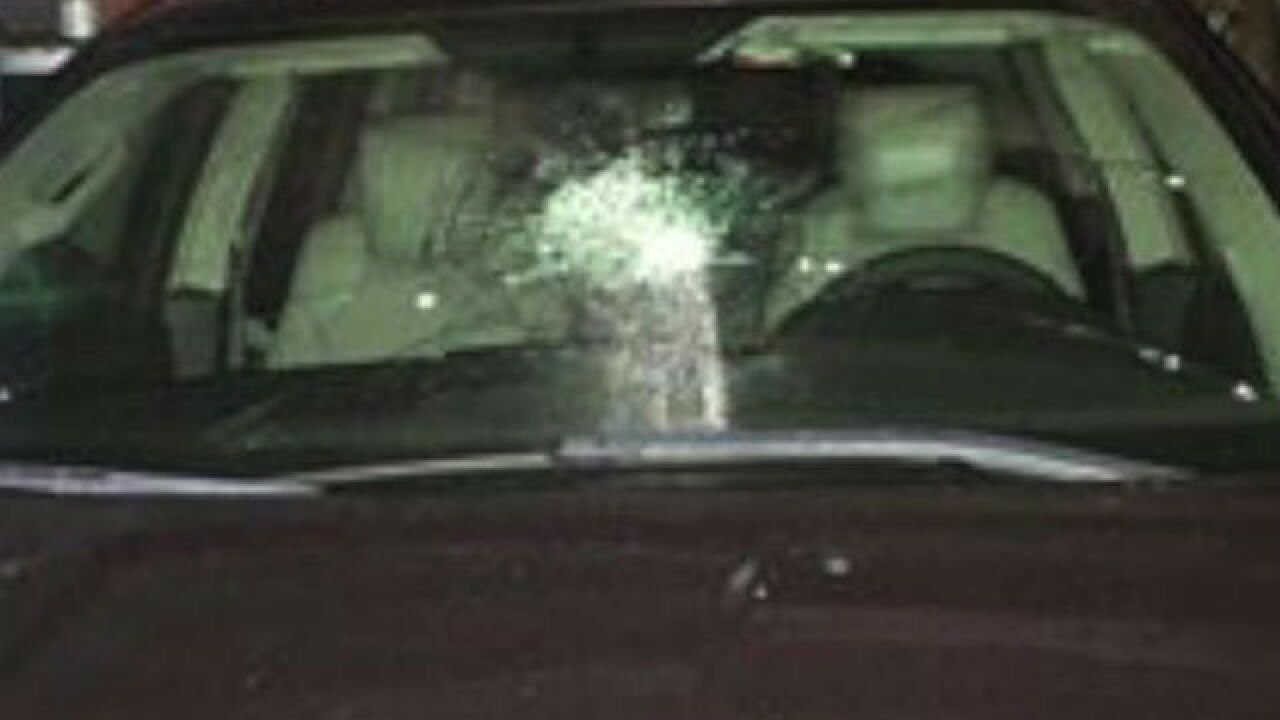 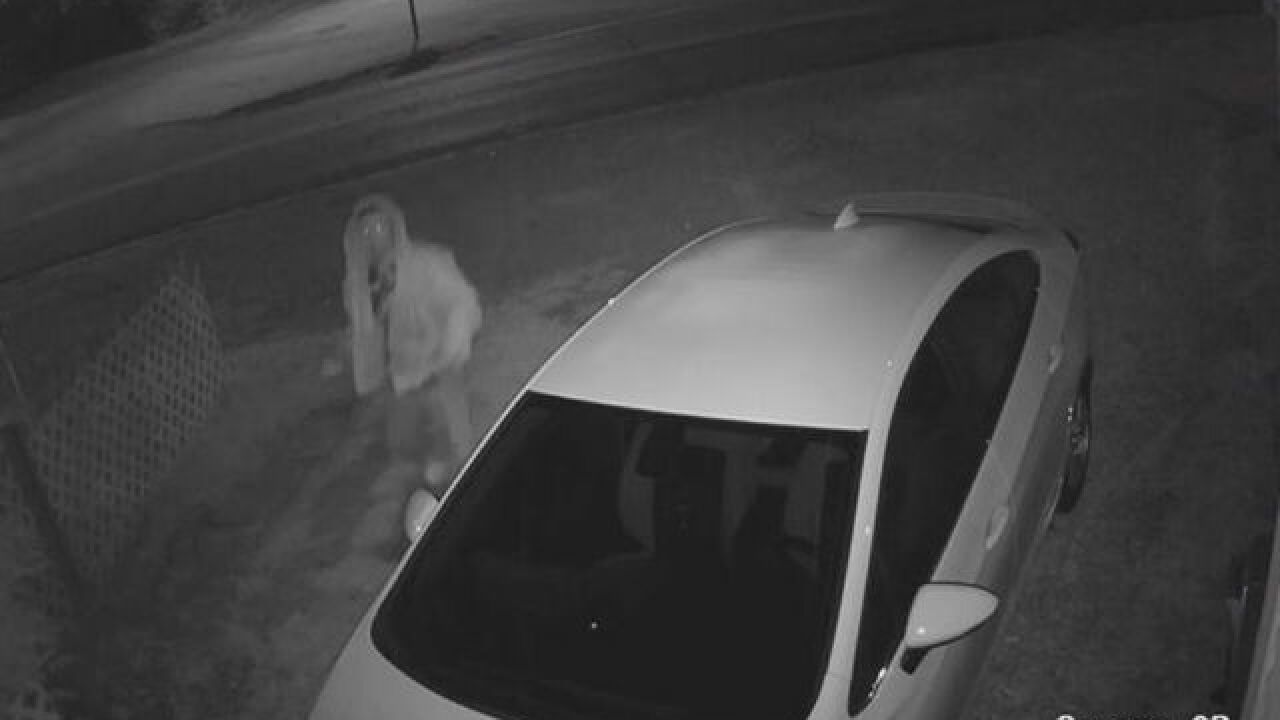 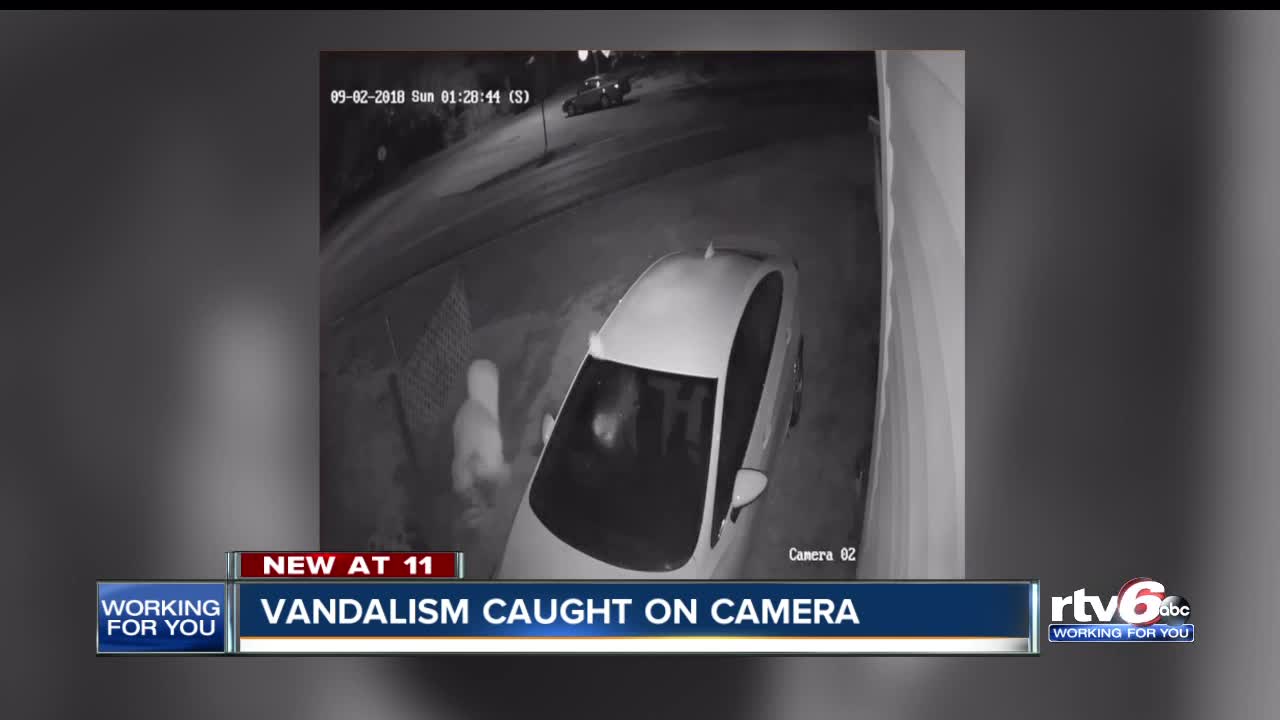 INDIANAPOLIS -- An Indianapolis family is trying to find out who ran onto their property and shattered the windshields on two vehicles in their driveway.

Somebody vandalized two vehicles in Anaeliza Gonzalez's driveway at about 1:30 a.m. Sunday, near the intersection of Carson Avenue and Perry Street.

"We don't have any issues with anybody," Gonzalez said. "We work hard for our stuff. ... Why would somebody want to do that?"

It happened while Gonzalez was away, but a security camera captured everything.

In the video, a car can be seen parked at a stop sign with the driver sitting and waiting until it's clear. Two minutes later, a hooded man got out of the car and hit two windshields with rocks before running away.

Police say there is no threat to public safety, but they have no suspects at this time.

It didn't even look like he was trying to steal anything, a fact that makes the situation even more disturbing, Gonzalez said.

"Why would somebody want to come just do that directly to us?" she said.

Now she is asking anybody who recognizes the man to call the police.

Watch video of the incident in the player above.