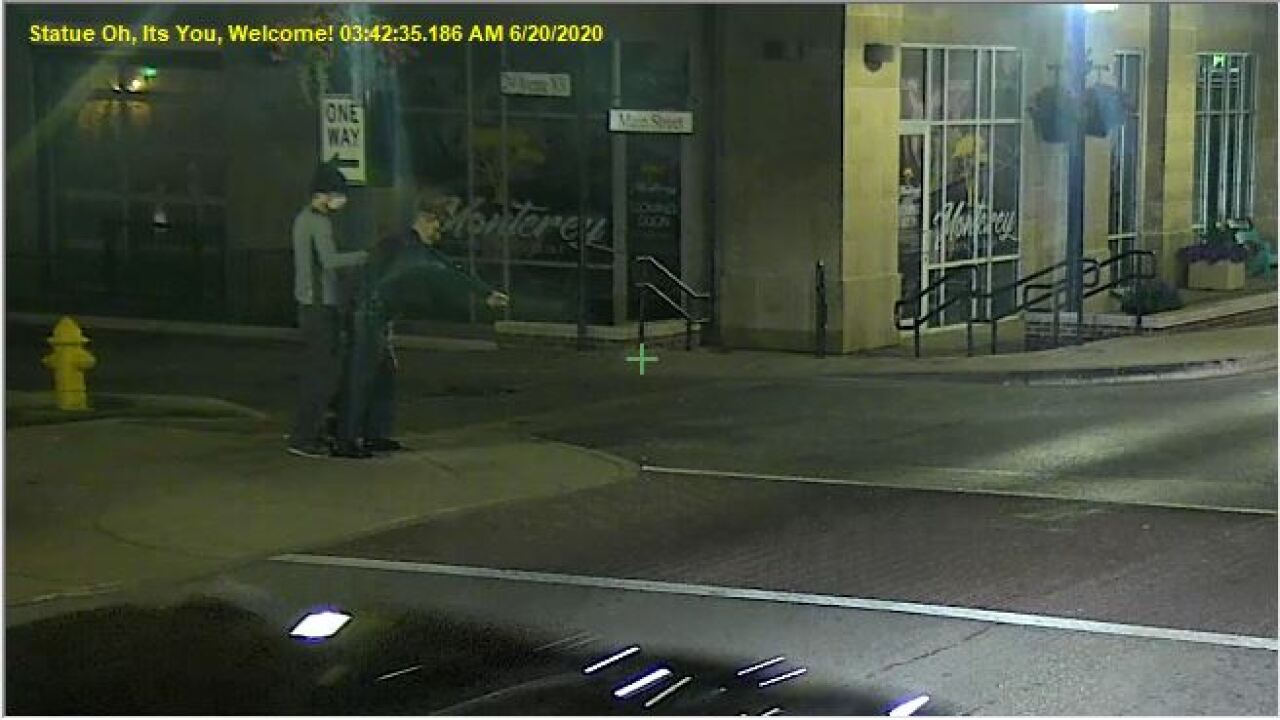 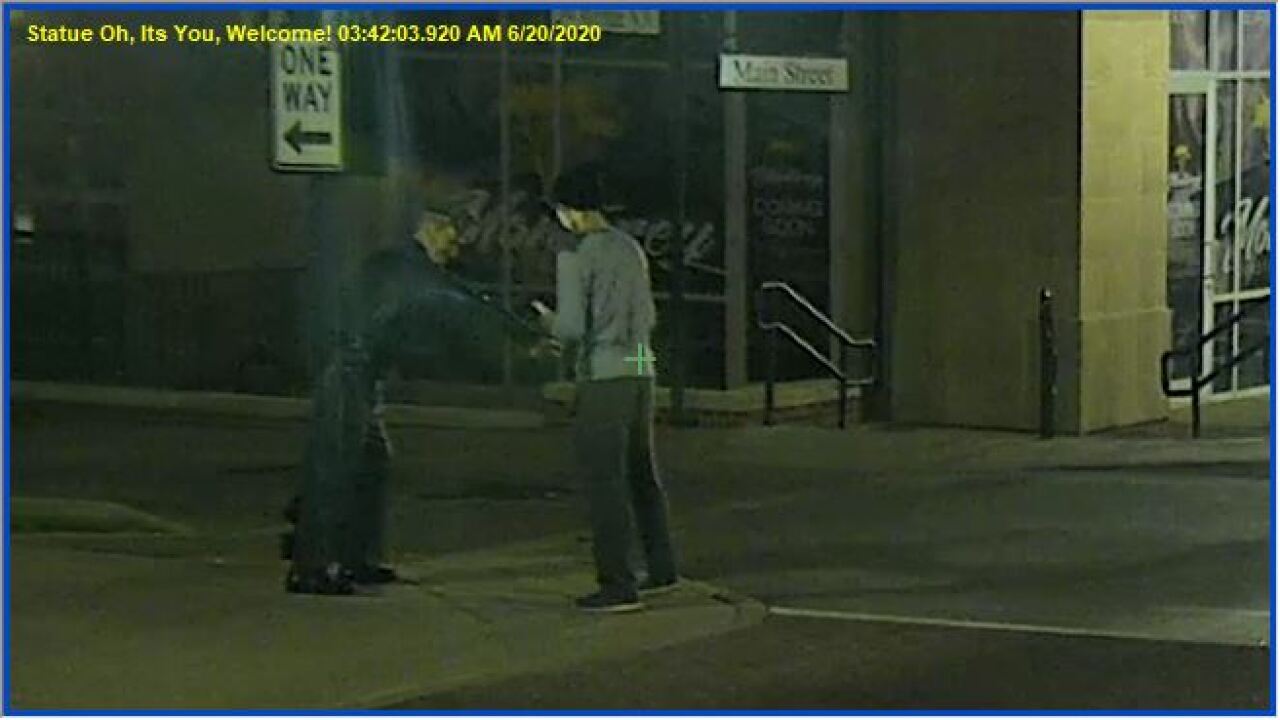 CARMEL – Carmel police are looking for a man who defaced the city’s statue of a police officer earlier this month.

According to the Carmel Police Department, the vandalism happened at about 3:43 a.m. on June 20. The police officer statue at W. Main Street and the Monon Greenway was found with red paint.

The man put red paint on the statue’s knee and hands, presumably symbolizing blood on its hands and knee after George Floyd’s death. The words “It can happen here” were also found on the statue’s back.

The statue is of Deputy Constable William Frank Carey, who died June 8, 1900. He had served with the Carmel Police Department for one year.

If you have any information on the suspect or the crime, contact Officer Shane VanNatter at 317-571-2500 or svannatter@carmel.in.gov.