Persons of interest questioned in robbery of cell phone store 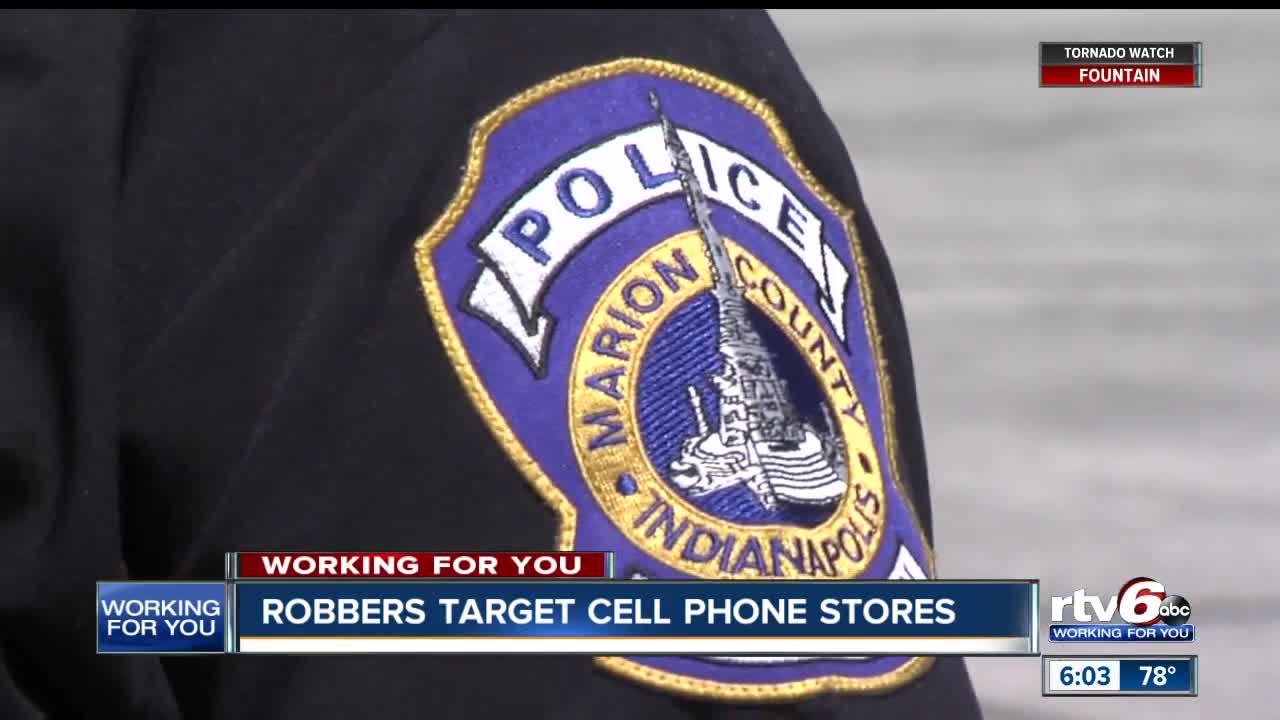 After a recent spike in robberies of cell phone stores across Central Indiana, one company is offering a reward with the hopes of catching the suspects involved. 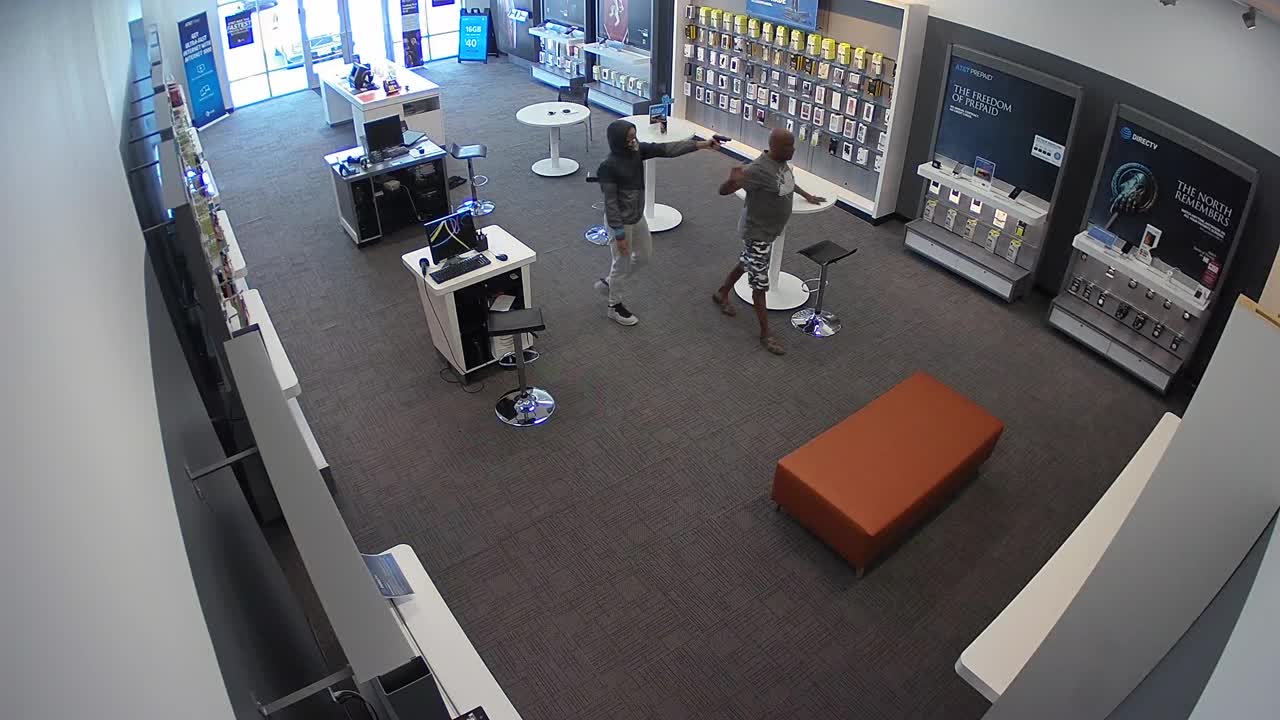 DEVELOPMENT: Indianapolis police detectives are questioning two people concerning their possible involvement in the robbery of a cell phone store in the 4100 block of South East Street, on the city's south side.

INDIANAPOLIS — After a recent spike in robberies of cell phone stores across Central Indiana, one company is offering a reward with the hopes of catching the suspects involved.

In Indianapolis alone, at least 20 cell phone stores have been robbed, according to the Indianapolis Metropolitan Police Department. But it's not just stores in Indianapolis being robbed. Stores in places like Greenwood are also being targeted.

Multiple people are walking into the stores with their hoods up, guns drawn, and going after the store's inventory, police say. The robbers then take the cell phones and are selling them on the streets or online.

"A lot of people when I talk about this with friends and family, they are like, 'Why are they robbing a cell phone store? Do you have a bunch of money on hand?' No, we don't," Sam Trevey, district manager for Prime Communications said. "They're going after the inventory."

In the last two months, eight AT&T stores owned by Prime Communications have been targets of these robberies, Trevey said.

The recent robberies are something Tervey says is concerning.

"For some people that we work with, it's devastating," Tervey said. "It really puts them in a situation and they really fell like they are helpless and when you have a gun put in your face and they're pretty rough with some folks and corral them into the back."

At least nine arrests have been made in connection with some of the robberies in Indianapolis, IMPD said.

Anyone with information on any of the cell phone store robberies can also call Crime Stoppers of Central Indiana at 317-262-8477.