Chase suspect crashes into vehicle sending other driver to hospital 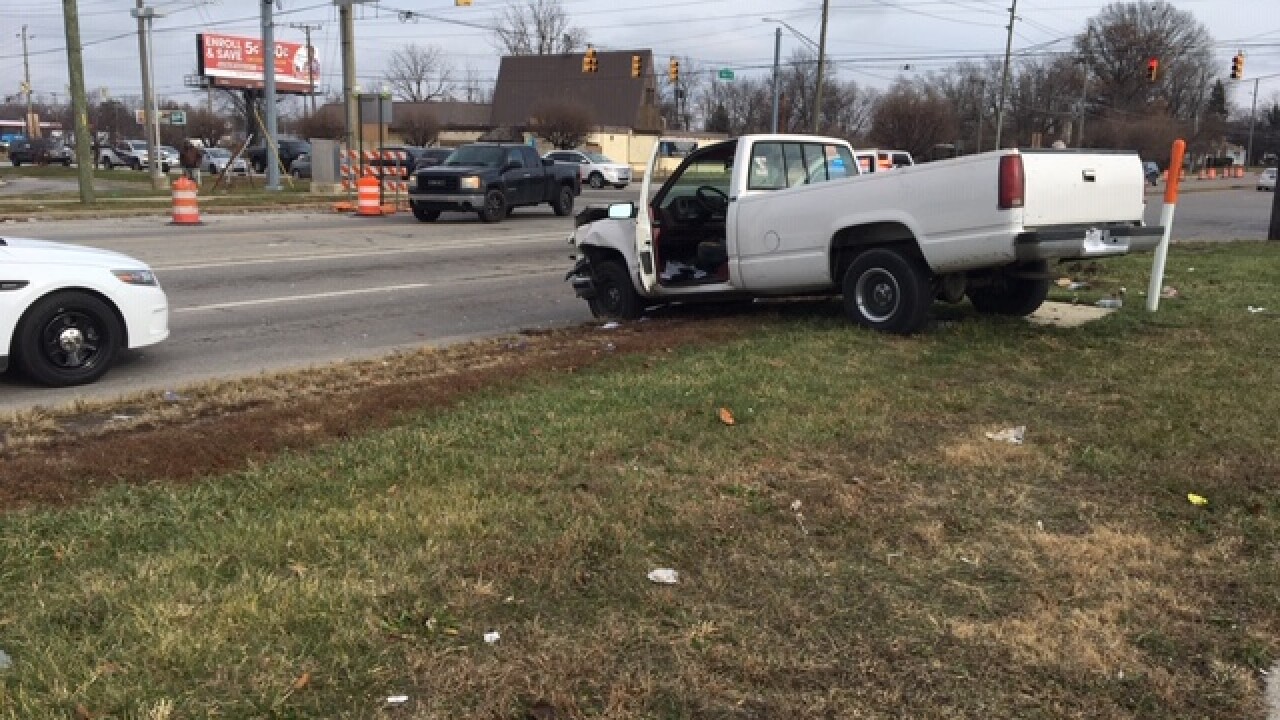 INDIANAPOLIS — Two suspects are in custody after a pursuit that ended in a crash and sent an un-involved driver to the hospital.

Indianapolis Metropolitan Police Department officers attempted to pull over a white pickup truck near 38th Street and Post Road just after noon on Tuesday. An officer at the scene says when that driver refused to stop, officers gave chase. As officers approached 38th Street and Shadeland Avenue they terminated the chase because it became dangerous due to speed and location, but the truck continued speeding away.

While attempting to turn away from officers at the intersection of 38th Street and Shadeland Avenue, the truck t-boned another vehicle. Police at the scene say two men inside the truck then jumped out and ran. They were eventually taken into custody.

The driver of the second vehicle was taken to the hospital to be treated for non-life threatening injuries.

The chase and crash remain under investigation by IMPD.