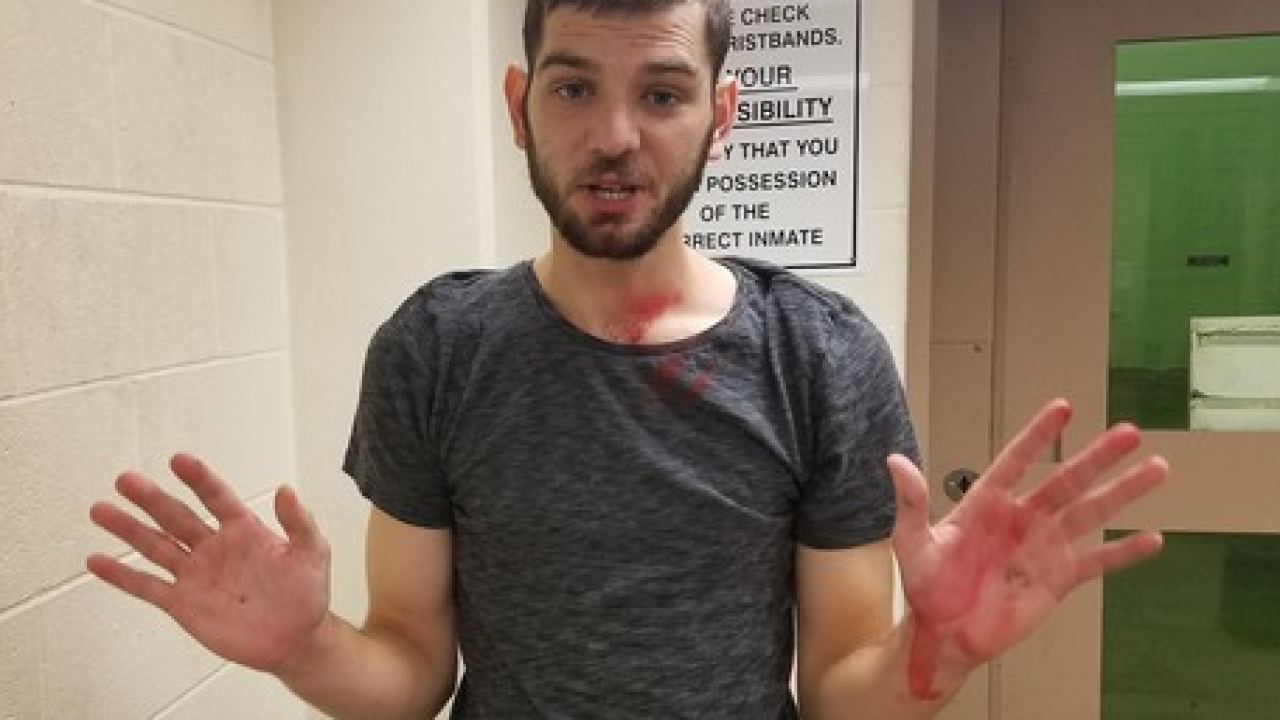 Indiana State Police
Alec E. Sadauskas, 21, Cincinnati, was arrested and charged with operating while intoxicated for allegedly driving under the influence on a Northwest Indiana interstate after huffing paint on Monday, Aug. 26, 2019.

Alec E. Sadauskas, 21, was arrested and charged with operating while intoxicated after a state trooper stopped Sadauskas and found he was under the influence and using spray paint as an intoxicant, according to a release.

At 5:15 p.m. Monday, First Sergeant Terrance Weems was driving eastbound on Interstate 80/94 in Lake County when he saw a red car approaching him quickly from behind while traffic was heavy and slow. The red car, a 2012 Hyundai, passed Weems' unmarked police car and began to closely follow another vehicle.

The Hyundai moved to the left lane and began passing traffic on the left shoulder, cutting off another vehicle and changing lanes without using its turn signal.

Weems stopped the Hyundai and was hit with a strong odor of spray paint coming from inside the car as he approached it. Weems found Sadaukas with red spray paint on his face, hands, neck, shirt and blue jean jacket, and Sadauskas' speech was slurred and he appeared confused when Weems talked to him, the release said.

Sadauskas became angry when Weems asked him about the paint, and Sadauskas said the can exploded in his face. State police said the paint can was intact and not damaged. Sadauskas is alleged to have used the spray paint as an intoxicant.