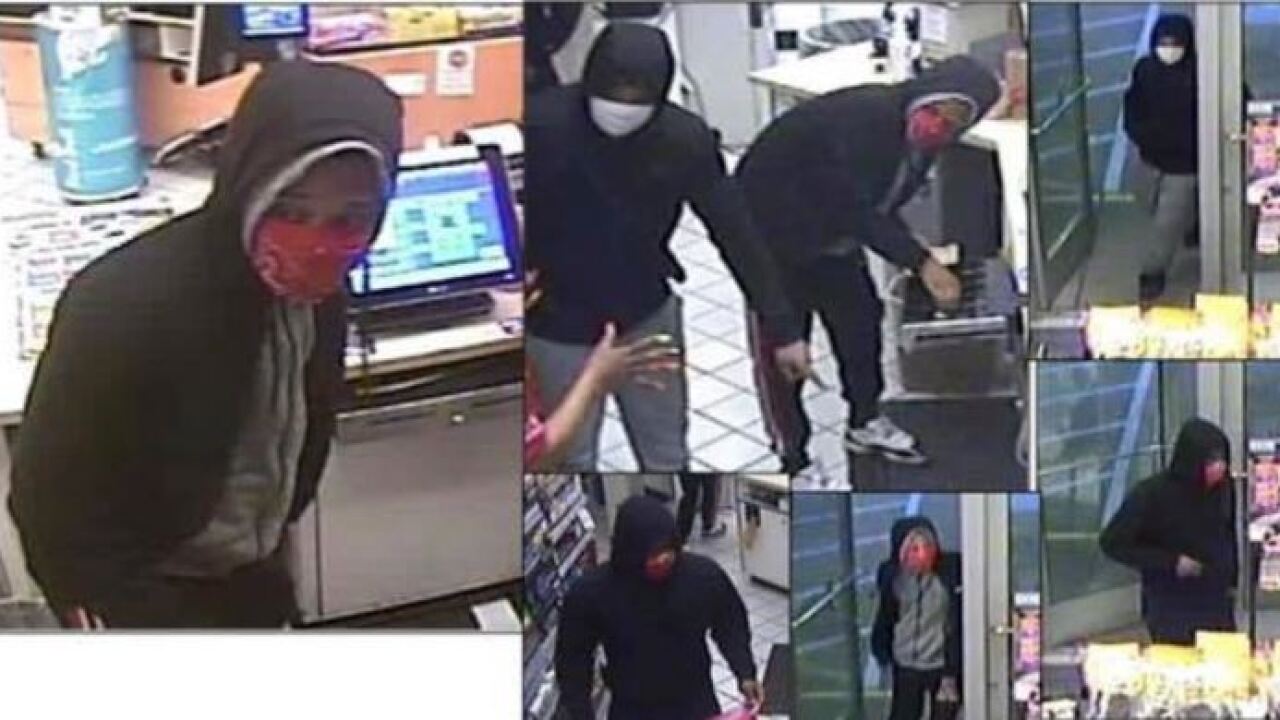 CUMBERLAND — Cumberland police are looking for three suspects who allegedly robbed a gas station while armed.

Cumberland Police Department detectives were looking for three suspects, described as three black males possibly between the ages of 16-25, according to a Facebook post from the department.

The suspects were apprehended after an off-duty officer noticed a suspicious vehicle at a gas station, the department said in a Facebook post. The officers later found evidence related to the robbery in Cumberland, as well as robberies in other cities in Central Indiana.

The suspects were seen wearing dark clothing, red and white face masks and bandannas on Saturday when they allegedly robbed the Speedway Gas Station in the 11000 block of East Washington Street, according to the post.