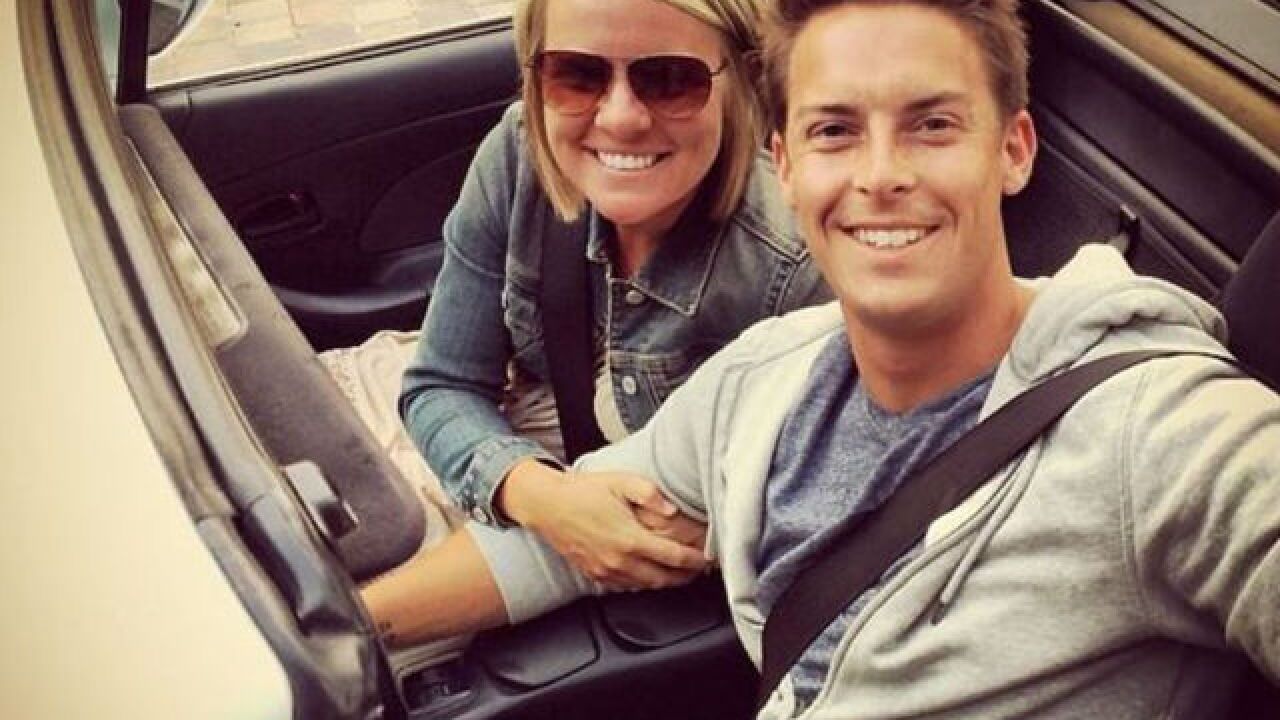 INDIANAPOLIS -- Davey Blackburn’s unpublished book manuscript may be entered into evidence at the trial of the man accused of killing his pregnant wife Amanda.

Taylor, 21, is scheduled to begin trial in April on 14 counts of murder, burglary, criminal confinement and theft in connection with Amanda Blackburn’s murder in November 2015.

Taylor, then 18, and two associates – Diano Gordon and Jalen Watson – are accused of breaking into the Blackburn home during a crime spree across Indianapolis. Taylor also stands accused in a separate case of the murder of Rolando Gonzalez-Hernandez less than a week before Amanda Blackburn’s death.

Blackburn, who has since remarried, first indicated he was writing a book about his wife’s death in an Instagram post in July 2016. In the post, Blackburn has laid out note cards with labels including “waiting in the hospital,” “house as a crime scene” and “praying with doctors.”

In November, shortly after prosecutors announced one of the suspects in Amanda’s murder, Jalen Watson, had agreed to a plea deal, Blackburn wrote on his personal blog that he had decided to delay publication of the book until after the trials of Taylor and Gordon had concluded.

“We want to honor the process of justice being served for Amanda and make sure nothing impedes that process,” Blackburn wrote. “Ultimately I believe the book will be released at just the right time to help exactly whom it is intended to help.”

On Feb. 7, Taylor’s public defender, Jeff Neel, was granted permission to review the manuscript ahead of trial. On the same day, the judge granted a motion by Taylor to dismiss his legal counsel and represent himself in the trial. Court documents note Neel remains as counsel for the issue of reviewing the manuscript.

Attorney Jack Crawford, who is not associated with the case and has not reviewed the manuscript, said he doesn’t know what’s in the book but, if he were representing Taylor, he’d be looking for anything he could to help his client’s case – anything to inject even the smallest amount of doubt.

“My guess is the defense will be looking for behavior inconsistent with a grieving spouse,” Crawford said. “Anything indicating unusual behavior or unusual observations about his wife’s death. Anything suggesting his reaction wasn’t ‘normal.’”

“What you do in a defense case, particularly where the evidence is mounting against your client, is you want to make the case about the truth – but you want to make it about your truth,” Crawford said. “Not the government’s or the state’s or the prosecution’s truth.”

Crawford, who served 10 years as the elected prosecutor in Lake County before moving into private practice, said the manuscript may not be detrimental to the case against Taylor – but it almost certainly won’t help it.

“There’s nothing good for the state that can come out of this book,” Crawford said. “The facts themselves bespeak the pain and suffering of the woman and her child. The horror of what happened to these people is provided in the facts themselves.”

What the book might do, Crawford said, is provide an opportunity for the defense to talk about something other than the grisly details of the murder.

Jury selection in the case is scheduled to begin March 23. The case itself is set to begin on April 2 at 8:30 a.m.

A message left at Blackburn's church seeking comment for this story was not immediately returned.