Deadly shooting is a reminder of danger in Indianapolis 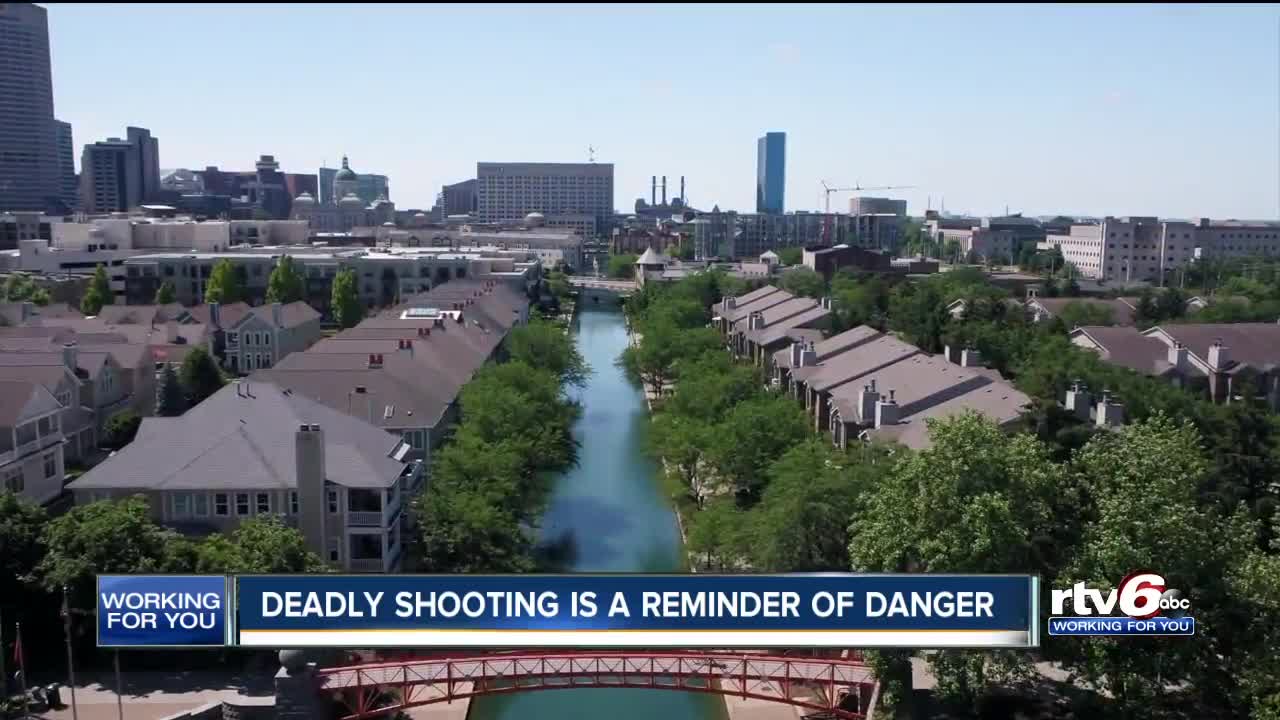 Deadly shooting is a reminder of danger

INDIANAPOLIS — A deadly shooting in the heart of downtown Indianapolis around 2 a.m. Monday is raising concerns about violence in the city and violence among young people.

While the canal is a popular place for families and kids, one resident said it can be a different story once the sun goes down.

"When it's dark, we don't stay outside," Tayler Gowan said.

That's the reality for Gowan and her neighbors who live along the Indianapolis Canal Walk.

"Which is unfortunate because the canal has some really pretty places where you can be outside at night but it's just not safe," Gowan said.

Gowan said something needs to change.

"It would be amazing to have more police presence," she said.

The early morning shooting killed 14-year-old Curtis White. Police said the teen tried to rob someone but didn't realize that person was carrying a gun for protection. The alleged shooter along with witnesses are giving police information to help them get a better understanding of what happened.

The fact that there were multiple witnesses can be seen as a good thing but it's a reminder for Gowan people are on the canal walk at all hours of the night.

"From what it sounds like there's sometimes like groups of 20 or more just walking by," Gowan said.

Often, the crowds are having innocent fun. Other times, scenes like those that happened early Monday unfold, leaving Gowan and others who live in the area nervous to be out at night.

"We lived out here for four months," Gowan said. "We don't regret it. We just wish it was safer."