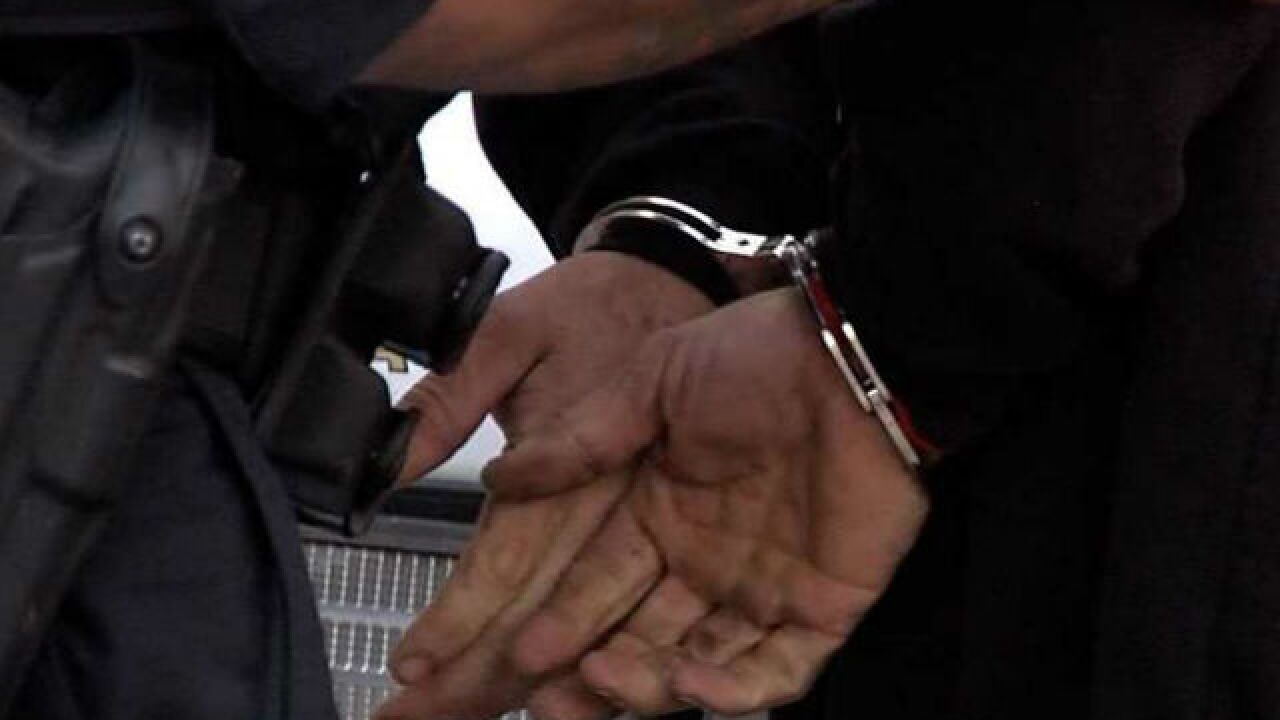 INDIANAPOLIS -- After days locked in a Phoenix room packed with other men – all of them illegally in the country, none of them allowed to leave the cramped space – Julio Fuentes-Barrientos agreed to pay off the debt the cartel said he owed by ferrying more than a dozen others across the U.S. in a van.

Fuentes-Barrientos, a 28-year-old native of Guatemala, had crossed the Arizona desert on foot after paying $7,000 to a “coyote” – a professional human smuggler – to get him into the United States from Mexico. It was his third time making the more than 2,200-mile journey from Guatemala to Arizona. Fuentes-Barrientos had previously been encountered by immigration officers in December 2016 and again in January, both times in Arizona, and deported back to Guatemala.

Once in Phoenix, the coyote took Fuentes-Barrientos to a safehouse operated by a human smuggling cartel. There, he was kept locked in a room for days with other men from Guatemala and Mexico while the coyotes planned their next steps. While holding him a veritable hostage, the coyotes told Fuentes-Barrientos he was going to have to come up with another $2,000 before they would release him.

With no way to make the money, Fuentes-Barrientos eventually agreed to work off the debt by becoming a coyote himself. He was given the keys to a maroon 2011 Kia van and tasked with getting 15 other men to their destinations. The final stop was meant to be New York.

After days of driving without stopping, save for gas and, once, for McDonald’s, the van was stopped by a Hancock County sheriff’s deputy on I-70 outside of Greenfield, Indiana. Inside, the deputy found Fuentes-Barrientos and 11 other men. None of them spoke English or had any possessions with them, save for a small duffel bag belonging to Fuentes-Barrientos and a wad of cash hidden in his right sock.

Homeland security investigators called to assist determined all 12 of the men were in the country illegally. Six of them, having no prior records, were served with administrative notices to appear and held for removal proceedings at the Executive Office of Immigration Review in Chicago. The other six, including Fuentes-Barrientos, were determined to have been previously deported at least once. Those six were moved to an ICE detention facility to be held while awaiting trial.

In a criminal complaint filed Aug. 27, federal prosecutors charged the six men with records with illegal reentry into the United States. Fuentes-Barrientos and a second man, Wylin Poron-Choc, face an additional charge of illegally transporting an alien within the United States.

Sotero Niz-Chavez, one of the 12 men arrested in Fuentes-Barrientos’ van last month, told investigators he’d paid a coyote $1,500 to be smuggled from northern Mexico to a house in Phoenix. Once there, a friend in Virginia paid the coyotes another $800 to get him to the eastern U.S.

The van, with Niz-Chavez aboard, left Phoenix sometime on Aug. 8. It didn’t stop to allow passengers to sleep, he said, and they were only given food once. The occupants of the van were told to stay down inside the vehicle at all times – not allowed even to get out at gas stations to stretch their legs. They were told to urinate into empty drink bottles. Investigators found numerous bottles filled with what appeared to be urine inside the cramped van.

When asked why they were told to hide themselves, Niz-Chavez told investigators, simply, “Because we are all illegal.”

Another of the men said he’d crossed the Arizona desert in July with six other immigrants from Guatemala, including some of the people in the van with him. He said he’d paid a coyote $6,000 to get him to the U.S. Once in the country, he was taken to a house in Phoenix, where he was kept for six days in a locked room.

A third passenger had previously been deported in March from Rhode Island to Guatemala after failing to show for an immigration hearing four years earlier. His final destination this time was Boston, where friends and family were supposed to pay an additional $4,000 for his delivery.

All six men named in the federal criminal complaint told versions of a similar story. After crossing the border, they were held in a safehouse until being packed in a van. Two men, Feuntes-Barrientos and Poron-Choc, took shifts driving. The van only stopped for gas, for McDonald’s, and to let people out at their destinations.

In Peoria, Illinois, three men got out. Their family members gave Fuentes-Barrientos $1,600 in cash, which he hid in his sock out of fear police would find it. In Indianapolis, a short time before the van was stopped in Hancock County, another man exited.

A Homeland Security Investigations agent speaking on background told RTV6 that stories like these are common: people pay coyotes thousands of dollars to cross the border, only to be moved to a safehouse and required to pay even more money. That money then goes to the larger organizations the coyotes work for.

Indiana, because of its position between Chicago and New York, tends to be a pass-through state on those routes.

The six men with no prior criminal histories will be held for an immigration review hearing and possible deportation, according to Homeland Security. The other six who had previously been deported will now face federal charges of illegal reentry, which carries a potential sentence of us to two years in prison. If convicted, the men would face deportation upon completion of their sentence.