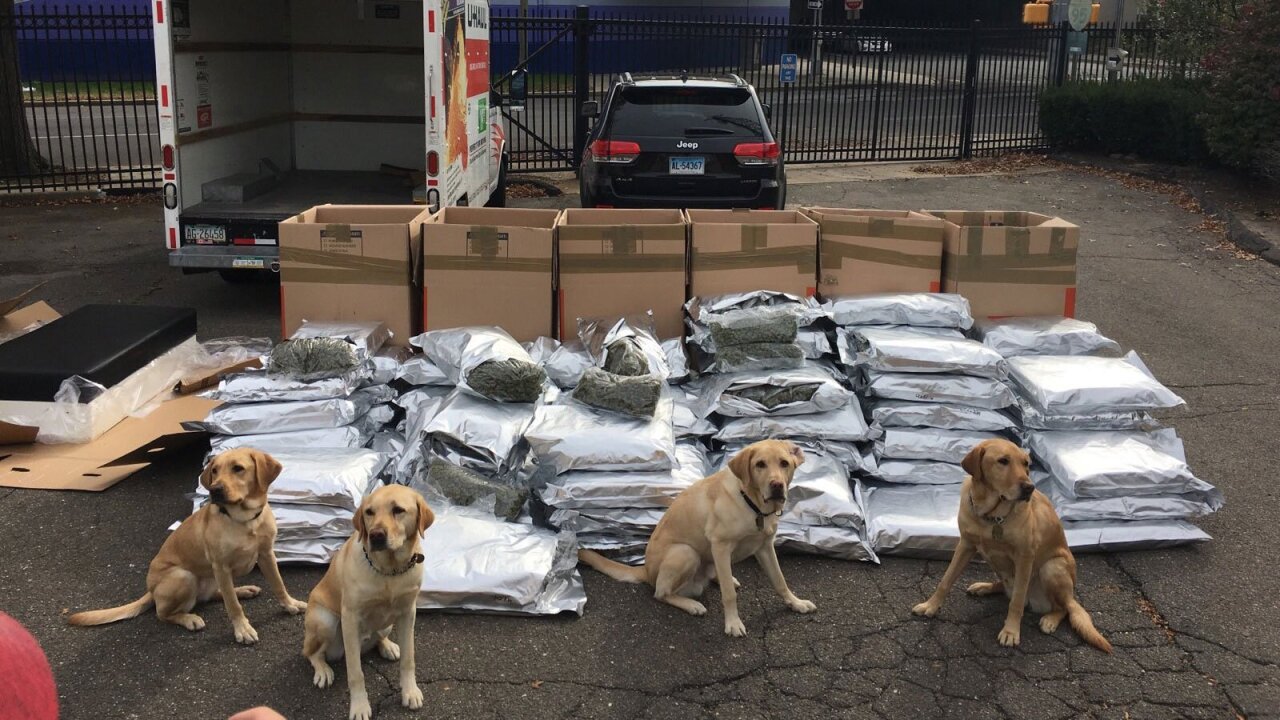 (CNN) -- Two men who were stopped in a truck containing 420 pounds of marijuana are under arrest, thanks to Connecticut State Troopers and a K9 unit that's winning praise for sniffing it all out.

Connecticut State Police couldn't resist sharing this message on Twitter : "When something didn't smell right, the big dogs were called in," with a picture of the four dogs sitting next to a pile of bags of marijuana.

The truck was stopped Friday while it was headed southbound on Interstate 95, in Darien.

The two suspects, 23-year-old Vahe Manjikian and 27-year-old Kevin Conrado of Los Angeles, have been charged with possession of marijuana with intent to sell. Manjikian was driving the truck and Conrado was the passenger. They are being held on $100,000 bonds. CNN was unable to determine whether the men had retained attorneys.