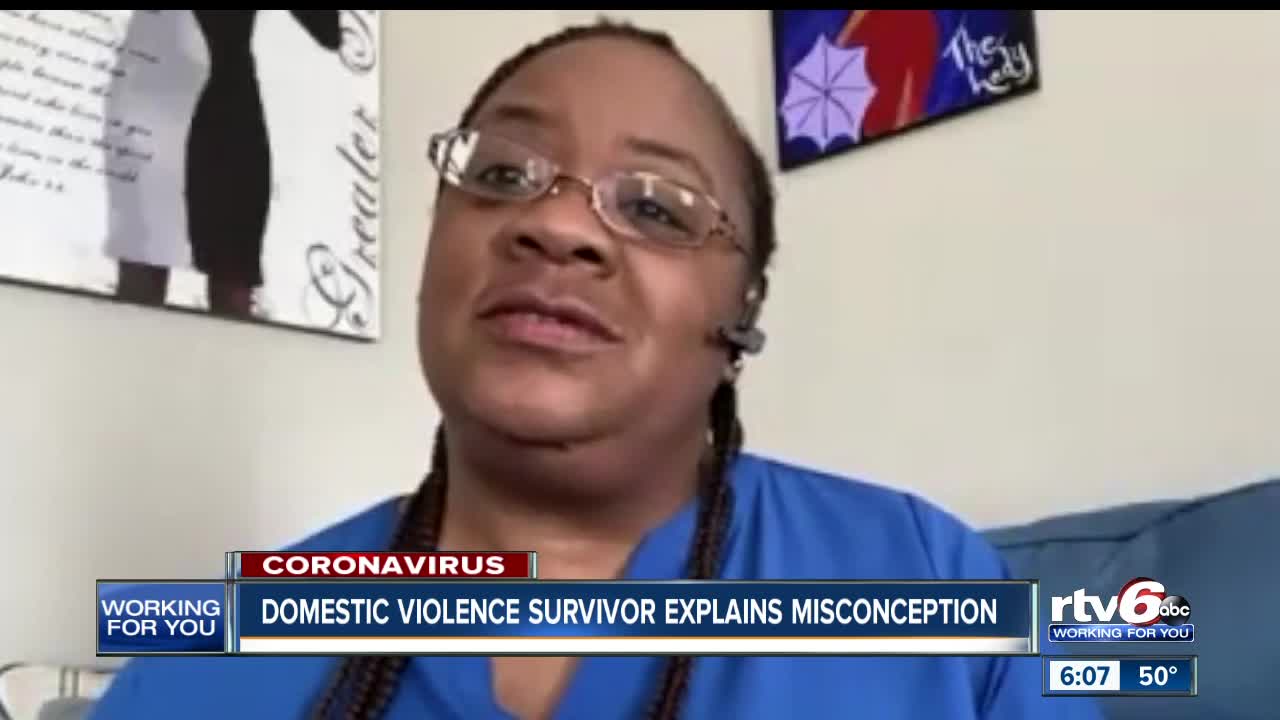 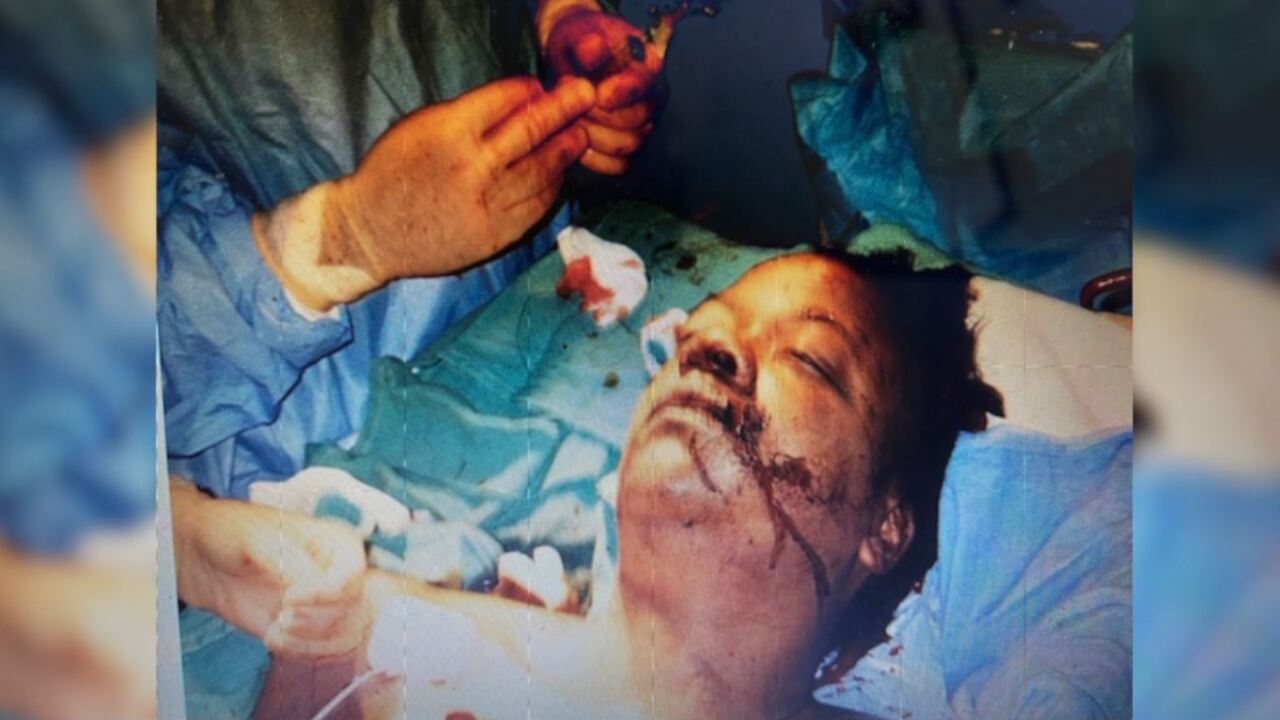 INDIANAPOLIS — A domestic violence survivor who has been at the other end of a desperate phone call says she’s grateful to Officer Breann Leath and the other police officers who risk their lives for victims.

Renita Hills lives on Indy’s east side, which is a high-risk area for domestic violence in Indianapolis.

“I know the feeling of calling and needing help and hoping somebody comes in time,” Hills said. “When I first heard about Officer Leath my heart broke.”

Hills nearly lost her life after her estranged husband stabbed her multiple times.

She said many people do not realize it’s not easy to leave.

“I didn’t realize I was being abused until I was so deep in that I couldn’t get out,” Hills said. “The first time he ever laid his hands on me was when he tried to steal my life. For 15 years the Renita I was being stripped away — I was told I wasn’t pretty enough, smart enough or good enough.”

COVID-19 is causing increased stress, isolation and financial worries which are all risk factors for domestic violence.

Calls to the state’s domestic violence hotline are up 10-15%, meanwhile jails are releasing inmates amid COVID-19 concerns.

"Not as many arrests are being made so it's keeping more people in the household where violence is continuing,” Laura Berry, executive director at the Indiana Coalition Against Domestic Violence, said. “So right now it's kind of a vicious cycle where violence is escalating faster because we aren't even having time to diffuse those types of situations."

The Indiana Coalition Against Domestic Violence is a statewide organization that does public awareness, prevention work, the state hotline, legislation and advocacy.

They want to emphasize they and other organizations are open and ready to help while still practicing social distancing.

“We may not have as many beds available, but we are doing our best to help survivors who really need assistance during this time,” Berry said.

Berry said you can help by reaching out to family and friends via text, phone and video chat.

“It’s hard to see the red flags when you’re not seeing people on a daily basis,” Berry said. “If they’re not able to communicate with you that could be a red flag.”

“A lot of people don't even realize they're in a domestic violence situation because they're not being beat up,” Shonna Majors, the city’s Director of Community Violence Reduction, said. “So just trying to constantly keep that on people's minds and letting people know there is help available and that we love them."

The 46201 zip code is one of the most high-risk areas in the city when it comes to domestic violence calls, said Majors.

“My peacekeepers are assigned to various sides of town and I have two assigned to the east side and one of them is very much advocate for domestic violence especially in the LGBT and community of color,” Majors said. “Hopefully they get the help when they’re ready and not when it’s too late.”

Advocates with the city and Coalition Against Domestic Violence say they can help victims get a safety plan together or get to a safe location.

Renita Hills’ organization “Voice of the Victim” helps survivors get the tools they need to survive, like financial planning and counseling.

“The average person goes back to their abuser seven times, and any one of those times could be their last time,” Hills said.

You can call the Domestic Violence Hotline at 1-800-332-7385.
OPHS also said anyone who is struggling can access these resources:

IMPD says community members who see a neighbor in imminent danger should call 911. Those wanting to report a case of domestic violence that is not occurring at the moment may do so by calling Crime Stoppers at 317-262-TIPS.