Driver crashes into IMPD cruiser and playground equipment during pursuit 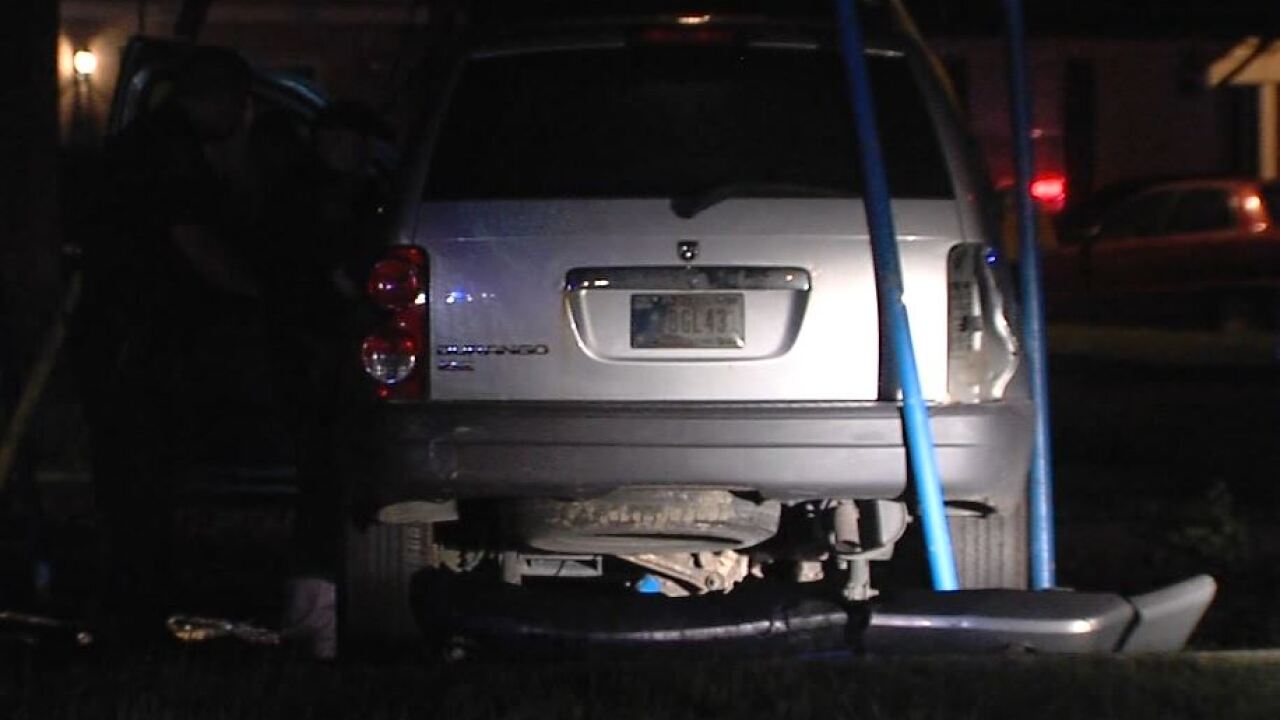 INDIANAPOLIS — A suspect is in custody after leading police on a chase across the city of Indianapolis before crashing into an apartment complex playground.

The chase started when police tried to pull the driver over for a routine traffic stop at 86th Street and Michigan Road around 2:30 a.m. Wednesday.

The Indianapolis Metropolitan Police Department says the driver took off and weaved across town to the west side. When officers tried to do a pit maneuver to stop the driver he crashed into an IMPD cruiser. The officer is expected to be okay.

Eventually, the driver turned into the Abney Lakey Apartments complex near 38th Street and Lafayette Road where he crashed into some playground equipment. The driver got out of his vehicle and was apprehended by a K-9 officer and taken into custody.

Police found a magazine inside the suspect's vehicle.

The driver's name has not been released. The incident remains under investigation by IMPD.