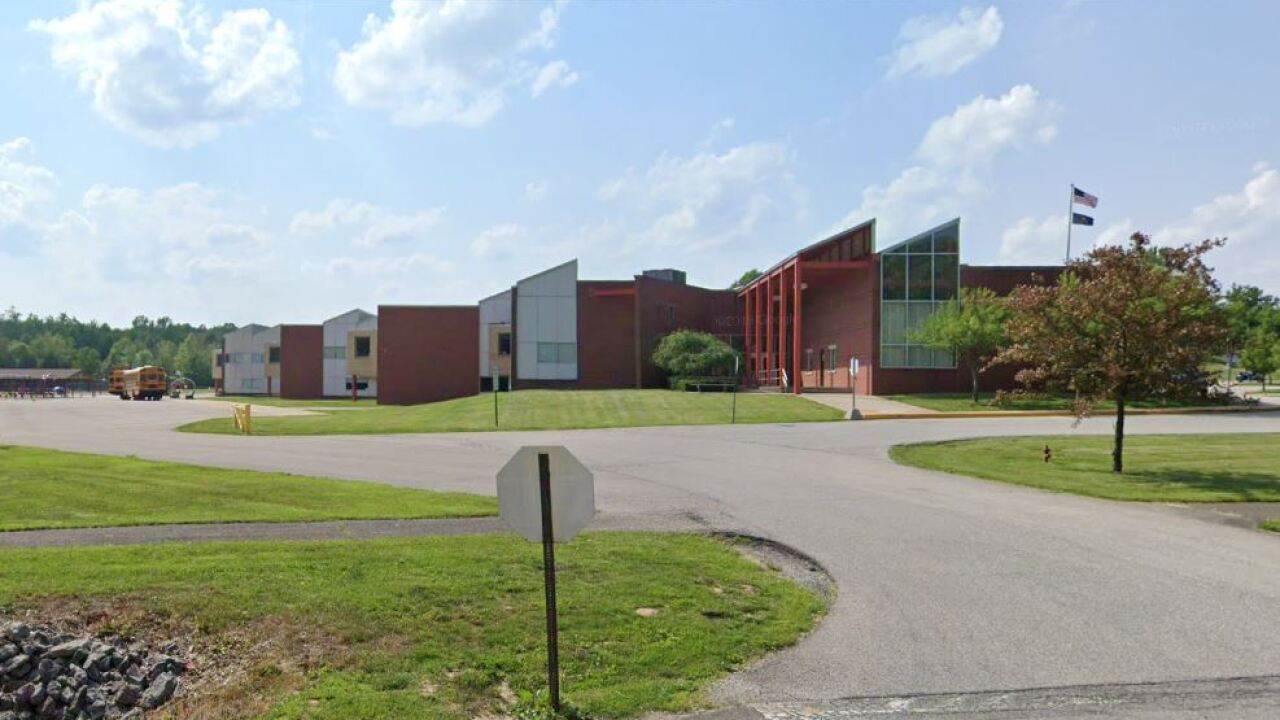 COLUMBUS — A school employee in Bartholomew County is charged with neglect of a dependent and public intoxication.

"BCSC officials are working closely with the Bartholomew County Sheriff's Department concerning the details of this situation," Burnett said in a statement from the school.

Burnett said the i-CARE program is a before and after-school program that the school offers for families who need it. He said a second adult was also working and all children are safe.

According to the Bartholomew County Sheriff's Office another parent had witnessed the 35-year-old woman verbally assaulting her 12-year-old child and tried to confront her. The parent told deputies that she noticed the employee was intoxicated and called 911.

When deputies arrived, the school employee became verbally aggressive. During a search, deputies found an empty vodka bottle with the woman's belongings and her two step daughters, ages 7 and 10, inside a vehicle parked outside. It is unclear how long the children had been inside the vehicle.

The woman refused to take a breath test at the school and was taken to the hospital for clearance before being transported to jail. She's charged with public intoxication and neglect of a dependent.

“This is a case of when someone saw something, she did the right thing and reported it immediately,” Captain Dave Steinkoenig said.

Read the full statement from BCSC below.

“A BCSC i-Care employee was arrested for public intoxication and child neglect at Mt. Healthy Elementary School on Wednesday evening, December 11, 2019. BCSC officials are working closely with the Bartholomew County Sheriff’s Department concerning the details of this situation. A second adult was also working and all children are okay.”