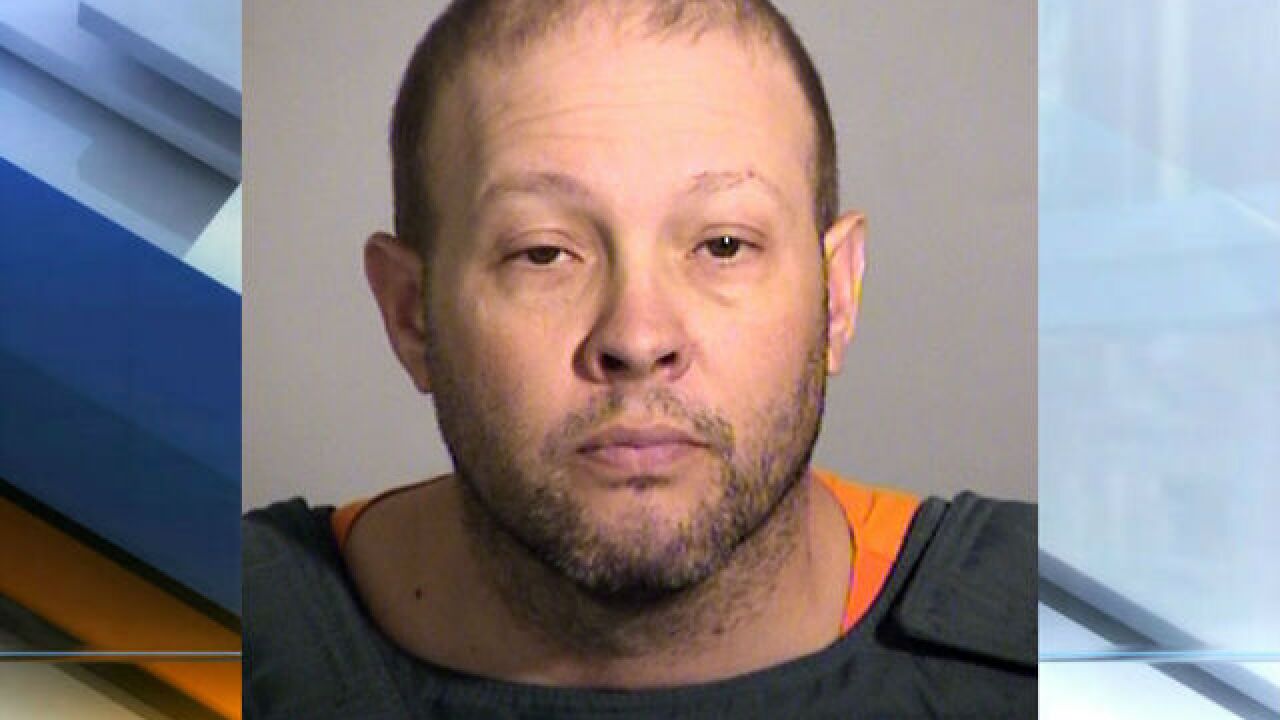 INDIANAPOLIS -- Former IMPD officer Adrian Aurs has reached an agreement to pay $150,000 in restitution to the city of Indianapolis as a result of his conviction for shooting a fellow officer in 2016.

Aurs, an 18-year veteran of the force, was arrested in July 2016 after exchanging gunfire with a detective investigating a complaint against him at Aurs’ ex-wife’s apartment. The detective was struck three times. He returned fire, but didn’t hit Aurs.

Aurs was eventually apprehended on the Brent Spence Bridge in Ohio after a brief standoff situation.

In February, Aurs pleaded guilty to aggravated battery and two counts of pointing a firearm, all level 6 felonies. He was sentenced a month later to 12 years in the Indiana Department of Correction.

PREVIOUS | Ex-IMPD Ofc. Adrian Aurs sentenced to 12 years in prison for shooting detective | Officer Aurs may have ‘spied’ on IMPD as they searched for him

On Thursday, Aurs agreed to pay $150,000 in restitution to the city of Indianapolis stemming from the case.

Aurs has been represented in the case by attorneys Jim Voyles and Jennifer Lukemeyer. He is currently serving his sentence at the New Castle Correctional Facility