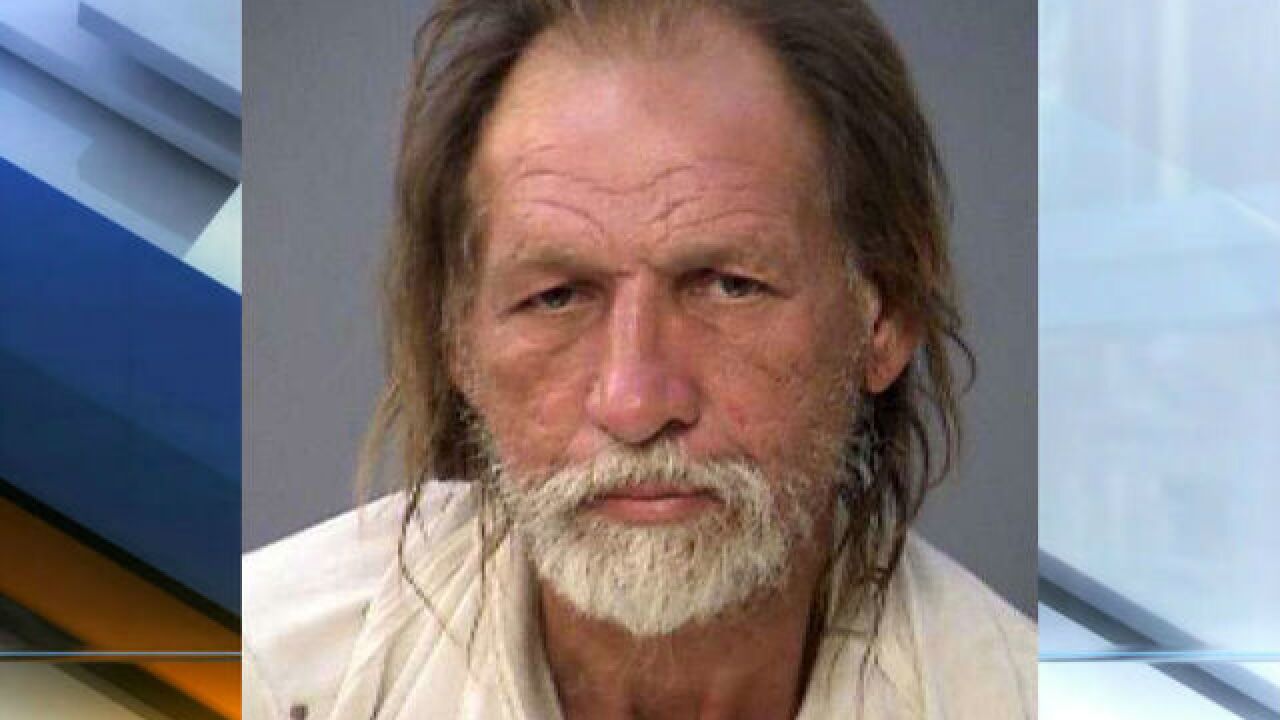 Copyright 2018 Scripps Media, Inc. All rights reserved. This material may not be published, broadcast, rewritten, or redistributed.
<p>Harold Bush, 60</p>

INDIANAPOLIS -- A former high school wrestler subdued a man who attacked him with a steak knife outside of a Warren Township Walmart last week.

Indianapolis police were called to the Walmart located at 10617 E. Washington Street, near the intersection of Washington Street and German Church Road, around 3:43 p.m. Thursday on a report of a disturbance with a knife.

They arrived to find a younger man who had pinned to the ground an older man. The man being held to the ground, later identified as 60-year-old Harold Bush, had an approximately 9-inch steak knife in his hand.

The younger man, Robert Myers, told police that Bush had arrived outside of the Walmart and asked him what intervals they were going to be panhandling that day. Bush then allegedly asked whether two people he had fought with before were currently at the entrance to the Walmart panhandling, which Myers said they were.

According to an affidavit, Bush then allegedly pulled out the steak knife and said, “Maybe I should stab them.”

When Myers tried to dissuade him from doing that, Bush said, “Well maybe I should stab you instead,” according to the affidavit, and began approaching him and waving the knife.

Myers told police he used to wrestle, and so he executed a leg sweep on Bush and then pinned him to the ground with an arm bar

When police arrived they placed Bush under arrest and performed a search on him, which turned up a second knife from Longhorn Steakhouse.

As of Monday afternoon, Bush was being held at the Marion County Jail on a preliminary charge of intimidation. An initial hearing had not yet been set.