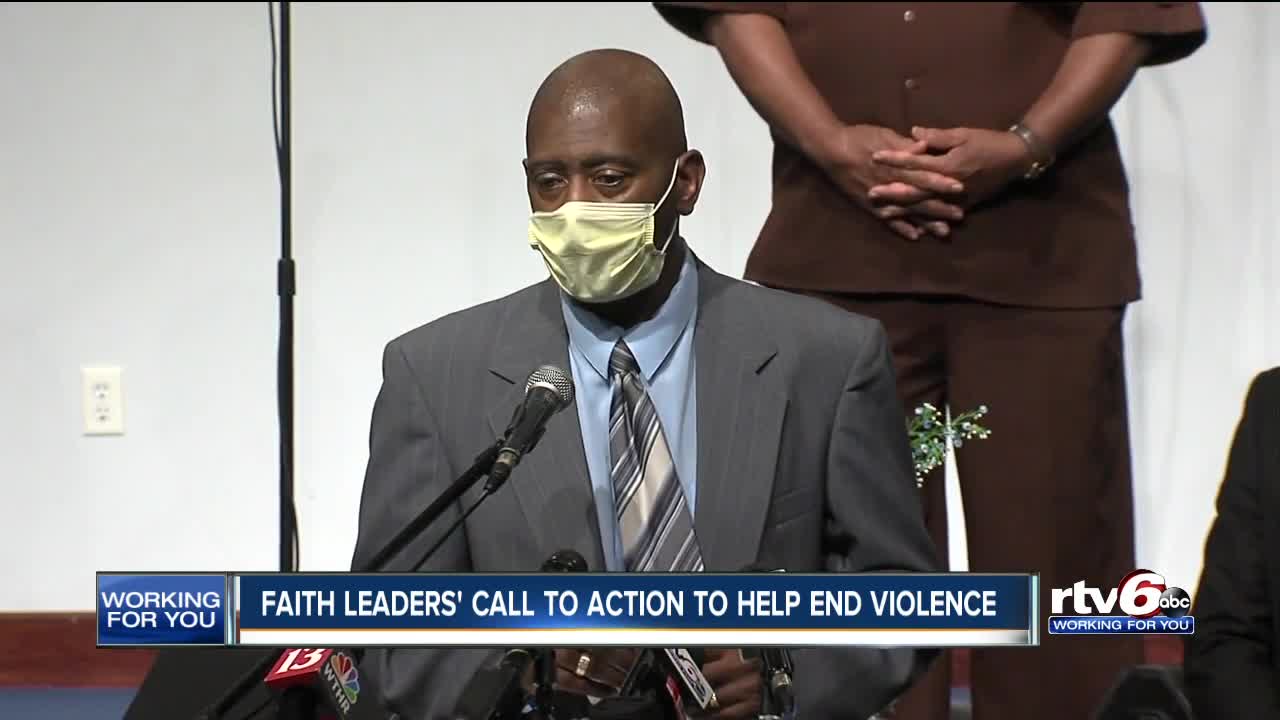 Faith leaders in Indianapolis say they need to work with people living in the communities impacted by violence in order to reduce it.

INDIANAPOLIS — There have been 118 people killed in homicides this year in Indianapolis, and faith leaders said on Sunday they are using the urgency of the moment to bring solutions to the table.

However, they said they know in order to reduce the violence in Indianapolis, they need to work with the people living in communities that are being impacted.

On Sunday, they proposed five steps they believe will help save lives in the city.

One of those calls on grassroots organizations to work with faith-based groups to create neighborhood violence-free zones in hot-spot crime areas. They said it is something that worked in the past between 2000-2012 when homicide numbers were lower.

They also want to create a "peace in the streets" marketing campaign.

The mother of Chris Beaty, who was killed in May during downtown protests, attended Sunday's press conference. Aaron Williams, the director of Peace in the Streets, used Beaty, 8-year-old Rodgerick Payne Jr. and 16-year-old Nya Cope as examples as a push to encourage people to get involved in the solutions they are bringing to the table.

These are the five points they are proposing.

2. They are calling on neighborhood groups, community centers and faith-based groups to create violence-free zones in crime hot-spots.

3. They plan to hold weekly public safety walks in those areas and want people to join in. The first will be Thursday in Haughville.

4. They plan to launch the "peace in the streets" marketing campaign.

5. They will ask religious organizations to promote peace in worship services during the month of August.