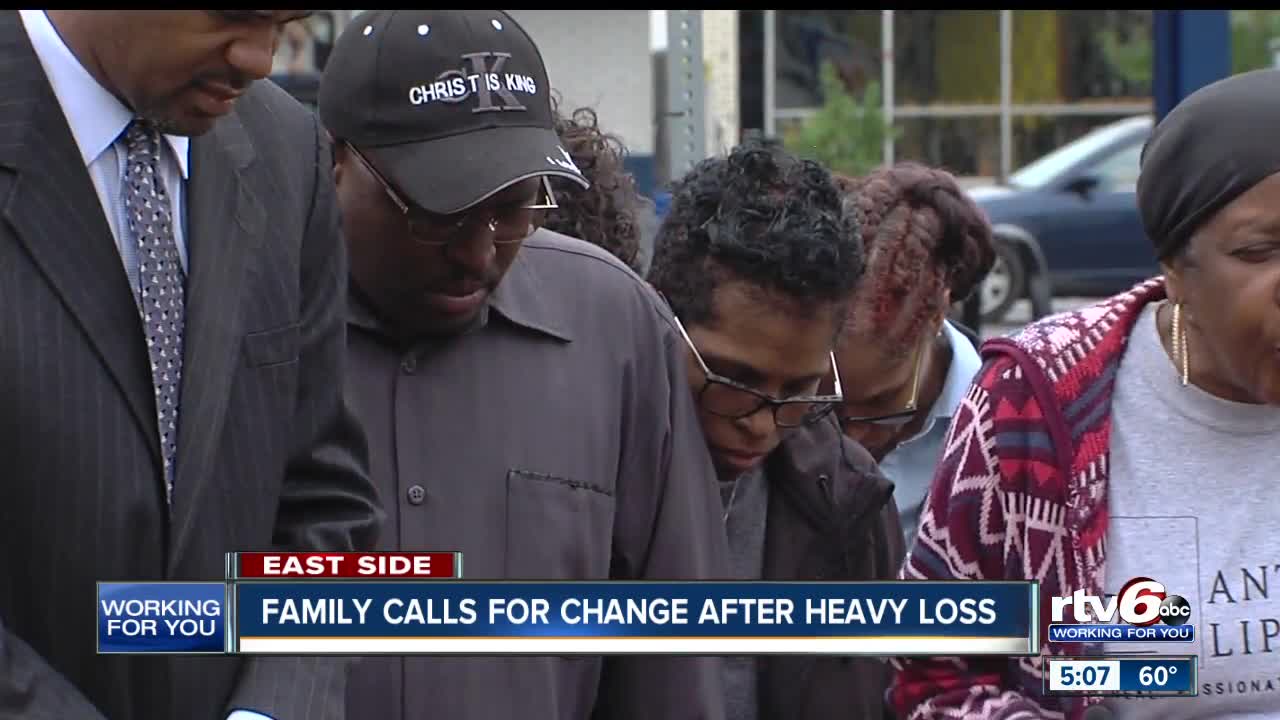 The community gathered Friday at 10th and Rural to rally the city in the fight against gun violence.

INDIANAPOLIS — A family moved to flee the violence in Chicago, but now they have lost two brothers to shootings in Indianapolis.

The community gathered at 10th and Rural Streets Friday to rally the city in the fight against gun violence. Leading the charge was a man who has lost two brothers in the past year.

Miller said lives can't be saved until the community changes its habits to the core.

"We have to get away from 'hush mouth.' Meaning, 'I didn't see nothing,'" Miller said. "People need to open up, speak up. I haven't always been a pastor. I'm from the streets myself. But I've been born again. Now I understand that the change will not come unless the people that's in the community want the change, and they have to work together and not against one another."

Miller said it is up to both the community and its leaders to end the vicious cycle of deadly gun violence.