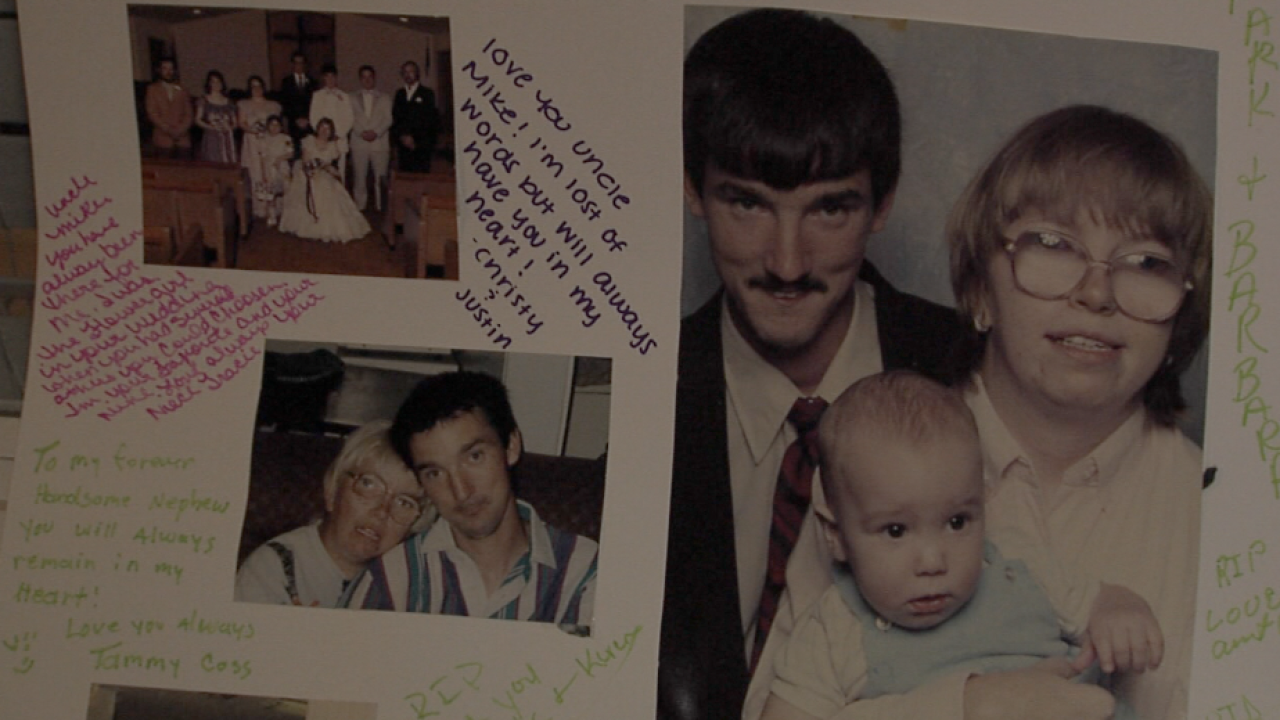 Michael Japowicz/RTV6
Family and friends of Michael Zdenek, who was shot and killed in a home invasion on Edgemont Avenue, held a vigil on Sunday, Oct. 6, 2019. 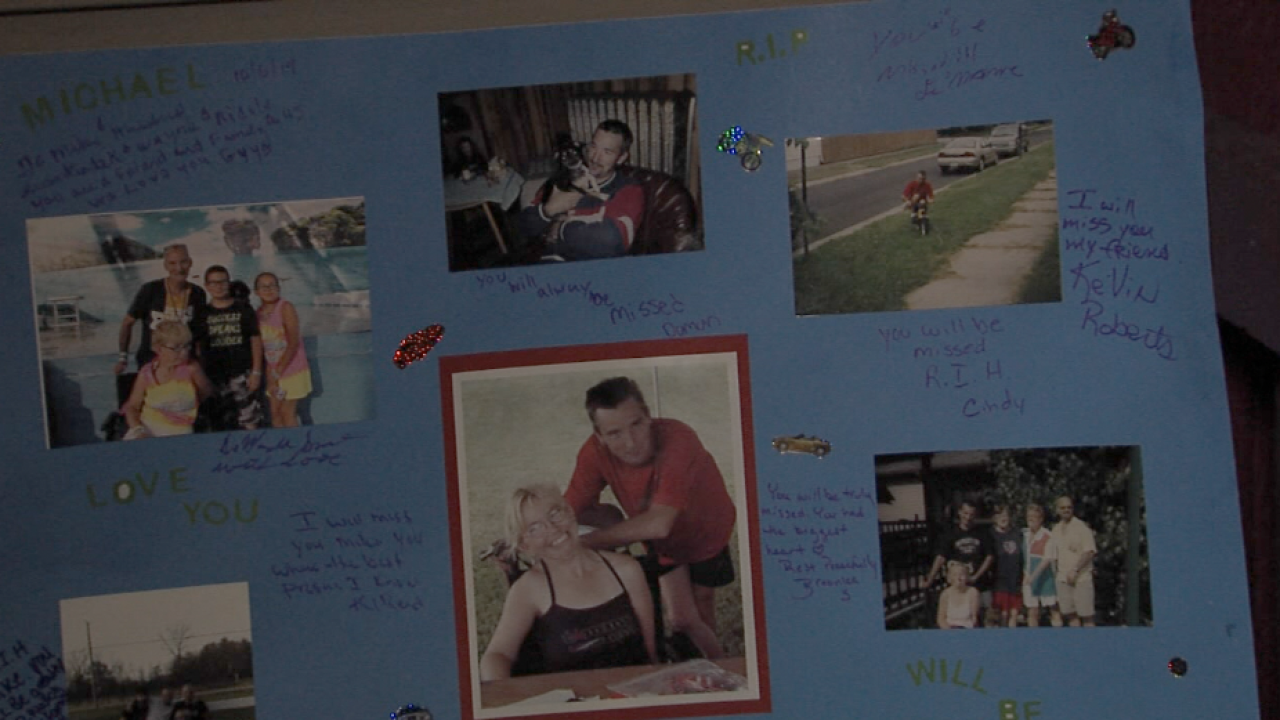 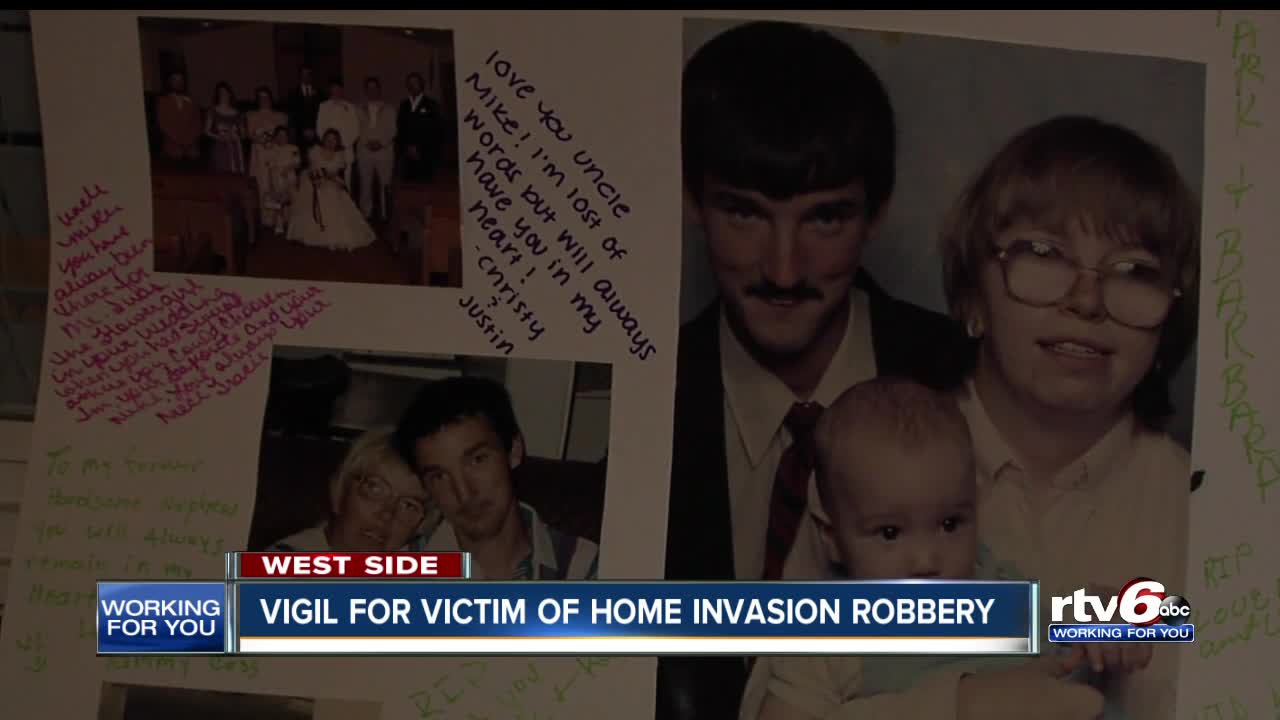 INDIANAPOLIS — Family and friends of a man who was shot and killed in a home invasion this weekend came together to remember him Sunday.

Family members confirmed to RTV6 that Michael Zdenek was the victim who was shot and killed early Saturday morning on Edgemont Avenue.

There were posters with Zdenek's pictures and written messages to memorialize him with one saying, "RIP, Dad. There is nothing in this world that can explain how I feel."

Indianapolis Metropolitan Police Department officers were dispatched to the 700 block of Edgemont Avenue just after midnight Saturday on a report of a person shot.