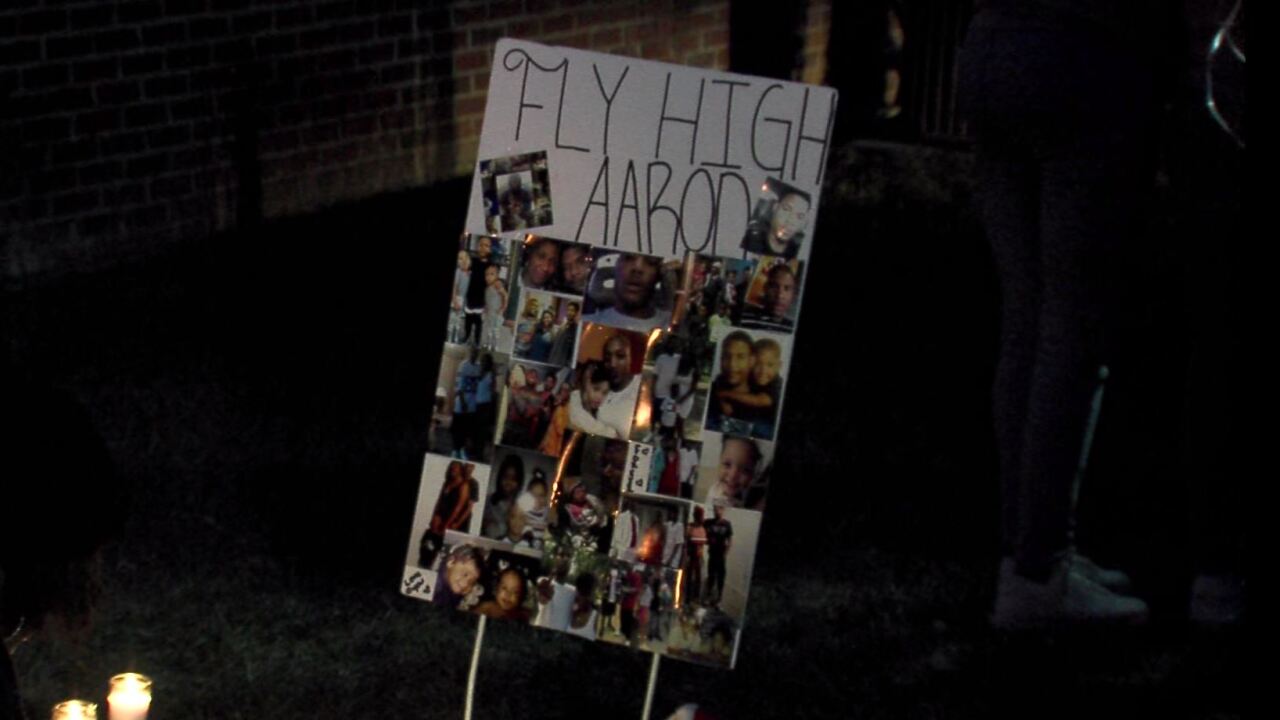 Dave Marren/RTV6
A vigil was held Saturday to remember 22-year-old Aaron Grice who was found murdered behind a Lawrence apartment building on Wednesday.

LAWRENCE — Candles were lit in remembrance on Saturday just steps away from where the body of 22-year-old Aaron Grice was found near a Lawrence dumpster early Wednesday.

One of his final acts was to call his mother for help.

"We didn't know he was shot," Mary East, Grice's mother, said. "All I know I got a call from my child to come and get him and we found him the way he was. We thought he'd been beaten. Later we were told he had been shot. He was beaten and shot and was left out here."

Family members said Grice was the father of a 4-year-old son and a 2-year-old daughter who will never see him again. Neither will his sister.

"Justice needs to be done. Whoever did this needs to pay," Danielle Law, Grice's sister, said. "My brother didn't do nothing to nobody. Innocent. Good brother. Good son. Good daddy. Good heart. He didn't deserve this at all."

During the vigil, a minister asked everyone to hug the person next to them — a symbol of solidarity and love. Grice's great uncle, James Echols, said change has to come.

"Violence and guns and things is not the way of life," he said. "The way of life is to love and respect one another and to try to do the right thing. Live and let live."

No suspects have been arrested in the case. Police said the investigation remains ongoing.

Grice was the seventh murder in Lawrence this year.