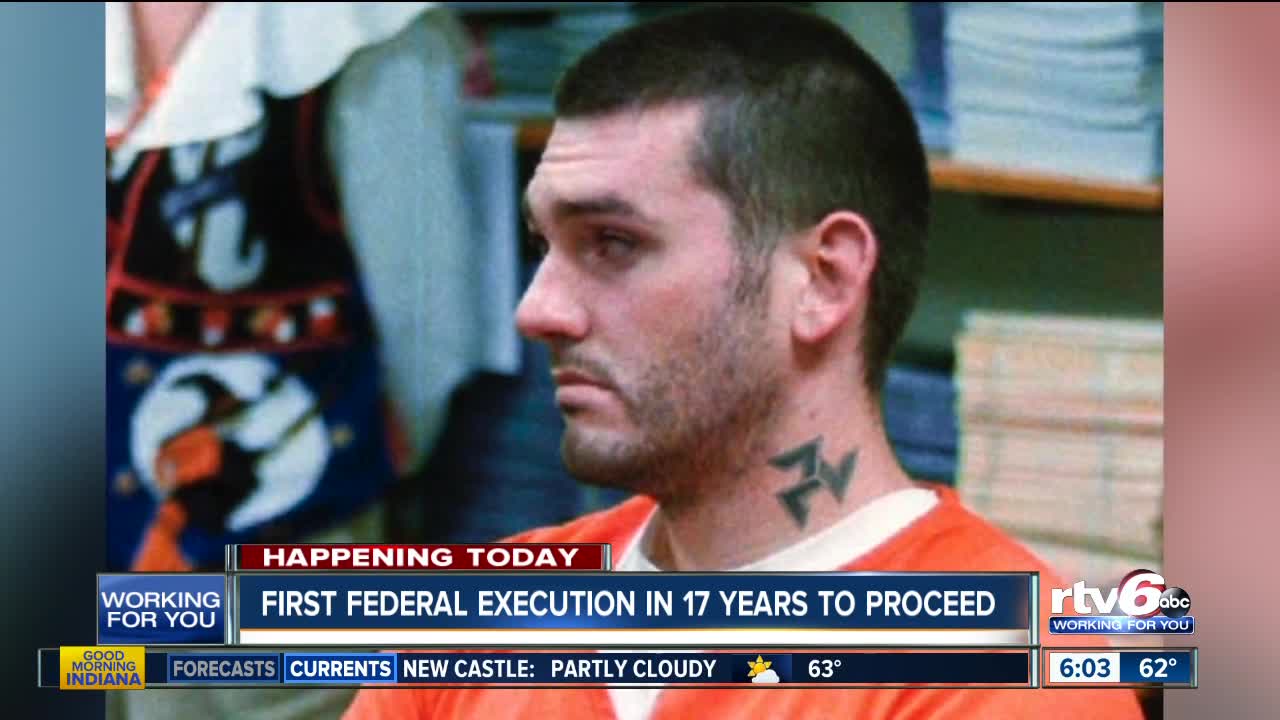 Daniel Lewis Lee will be put to death on Monday in the first federal execution in 17 years. The family members of Lee's victims have asked for the execution, but feel the timing of it during the coronavirus pandemic "is a slap in the face to our family."

Editor's note: On Monday morning, a U.S. judge ordered a new delay on federal executions, hours before Daniel Lewis Lee was scheduled to be put to death at the Federal Correctional Institution in Terre Haute. The original story is below.

TERRE HAUTE — The first federal execution in 17 years will take place at Monday at the Federal Correctional Institution in Terre Haute.

Daniel Lewis Lee will be put to death by lethal injection at 4 p.m. after after an appeals panel rejected a suit from his victims' family who wanted the execution delayed due to coronavirus concerns. Execution plans had been suspended late Friday before the decision by the U.S. Court of Appeals.

Lee was convicted of killing a family of three in Arkansas in 1996, but family members of the victims said the timing of the execution is frustrating.

"We've been asking for this all along, but then to do this now when it is so unsafe, feels like a slap in the face to our family," Monica Villette said.

Lee is one of four people who are scheduled to be executed at the Terre Haute Federal Corrections Complex. Two other men are set to be put to death this week, while another execution is scheduled for August.

According to the Bureau of Prisons, witnesses of Lee's execution will be required to wear masks and have their temperatures checked. However, family members of the victims have been told they will not be able to social distance inside the prison.