Unclear how order impacts other executions 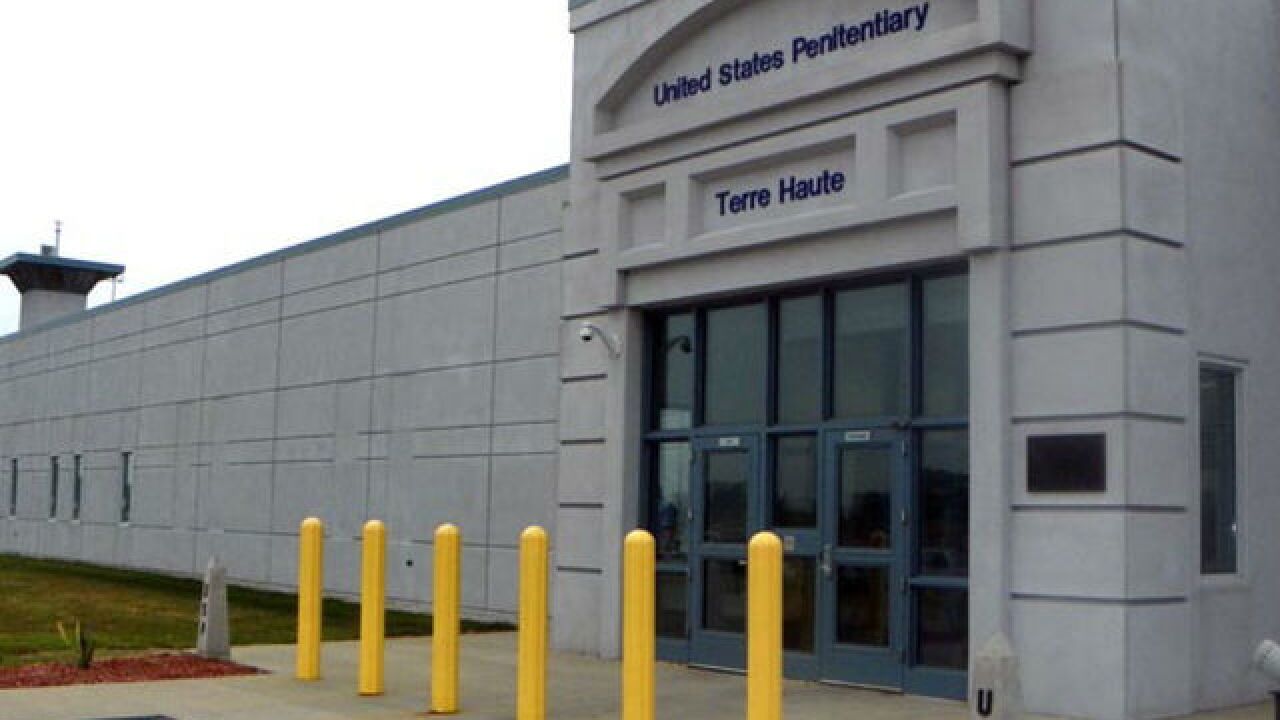 Copyright 2017 Scripps Media, Inc. All rights reserved. This material may not be published, broadcast, rewritten, or redistributed.
<p>(Bureau of Prisons)</p>

INDIANAPOLIS — A federal judge in Indianapolis Friday postponed the first federal execution in the United States since 2003.

The ruling also raised questions about two additional executions scheduled next week in Terre Haute, along with one in August.

Daniel Lee was scheduled to die by lethal injection Monday, but Chief District Judge Jane Magnus-Stinson
issued the delay because relatives of the victims wanted to attend but were concerned about traveling during a pandemic. The execution is delayed until the COVID-19 emergency is over.

Friday's developments came as the government planned the resumption of executions at the Federal Correctional Complex in Terre Haute. Barring another court order, two men will be put to death by lethal injection on Wednesday and Friday and another in August.

There has been an informal moratorium on federal executions while states, to varying degrees, continue to put convicted criminals to death. Indiana's last execution was in 2009 at the state prison in Michigan City. Matthew Wrinkles was executed for a triple murder.

Texas, by a wide margin, leads all states in the number of executions.

The federal executions are opposed by some and supported by others. Added to the usual arguments are concerns that executions will be carried out during a pandemic, yet relatives of the inmates and their victims are able to attend.

"Why would anybody who is concerned about public health and safety want to bring in people from all over the country for three separate executions in the span of five days to a virus hot spot," said Robert Dunham of the Death Penalty Information Center.

However, U.S. Attorney General William Barr says the federal government has an obligation to carry out the sentences. "The American people, acting through congress and presidents of both political parties, have long instructed that defendants convicted of the most heinous crimes should be subject to a sentence of death," Barr said.

The death-row inmates in Terre Haute who are scheduled for execution were convicted of murdering children and, in two cases, raped the children they killed. Here is more information on each man:

Executions typically draw protesters, and the Bureau of Prisons has made arrangements for that.

Demonstrators FOR capital punishment can assemble at the Voorhees Park for processing beginning at 12:00 pm and will be transported to FCC Terre Haute via bus. No demonstrators will be processed after 1:30 pm.

Demonstrators AGAINST capital punishment can assemble at MSA Softball for processing beginning at 12:00 pm and will be transported to FCC Terre Haute via bus. No demonstrators will be processed after 1:30 pm. ·