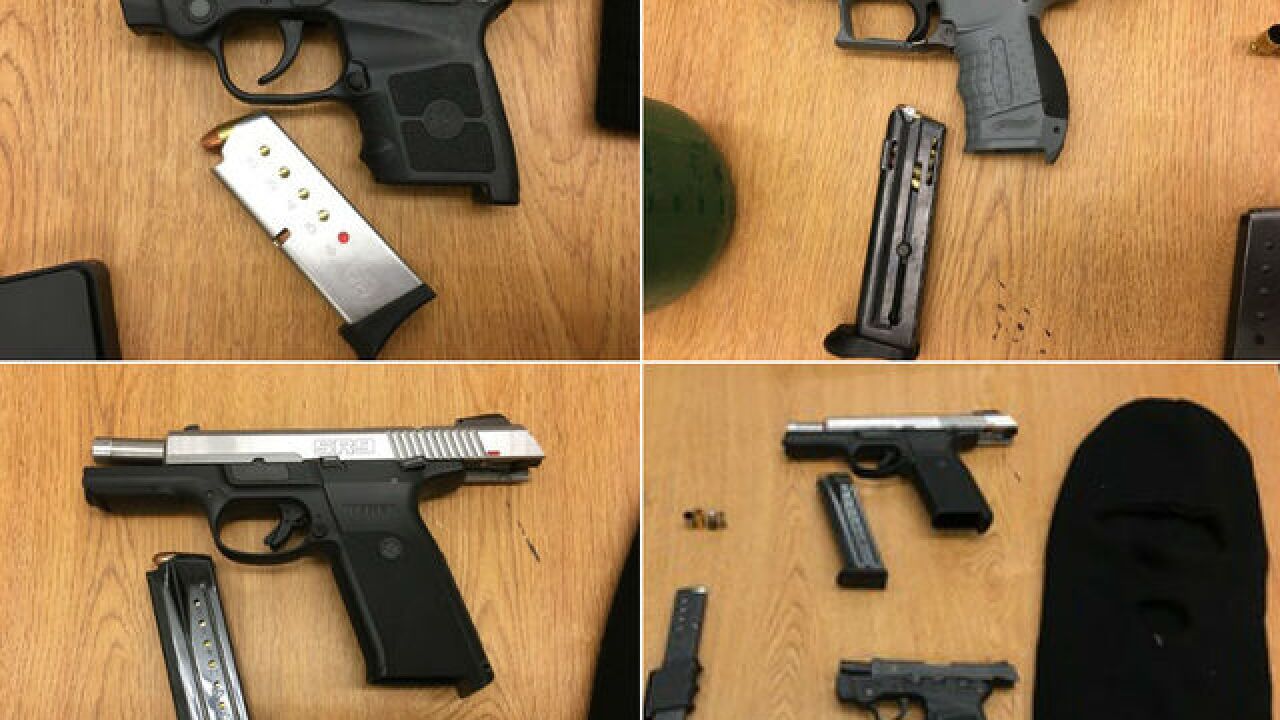 The incident began with a traffic stop around 11 p.m. near 38th Street and Pendleton Pike.

According to a release from ISP, a trooper noticed a minivan driving with only one headlight working.

During a subsequent traffic stop, the trooper reportedly found the driver of the vehicle did not have a valid license. Five other occupants within the vehicle also didn’t have licenses.

While conducting an inventory of the vehicle before impounding it, troopers reportedly located three handguns, along with marijuana and drug paraphernalia.

Four of the six occupants were arrested for the drugs and guns. Police said one of the firearms in the vehicle had been reported stolen from Louisville, Kentucky.

Police said they also found a black ski-mask next to one of the guns in the vehicle.

The four individuals arrested were:

Tighe Bibbs Jr., 18, of Indianapolis, on a preliminary charge of possession of a handgun without a permit;

Indianapolis police have reported a 70-percent increase in encounters involving minors with guns since 2013. That year, IMPD officers encountered 81 kids under the age of 18 in possession of a firearm. Last year, that number reached an all-time high of 138.

IN-DEPTH | ‘The Gun is Almost Like Gold:’ More kinds in the crossfire as Indy sees 70% spike in youths with guns