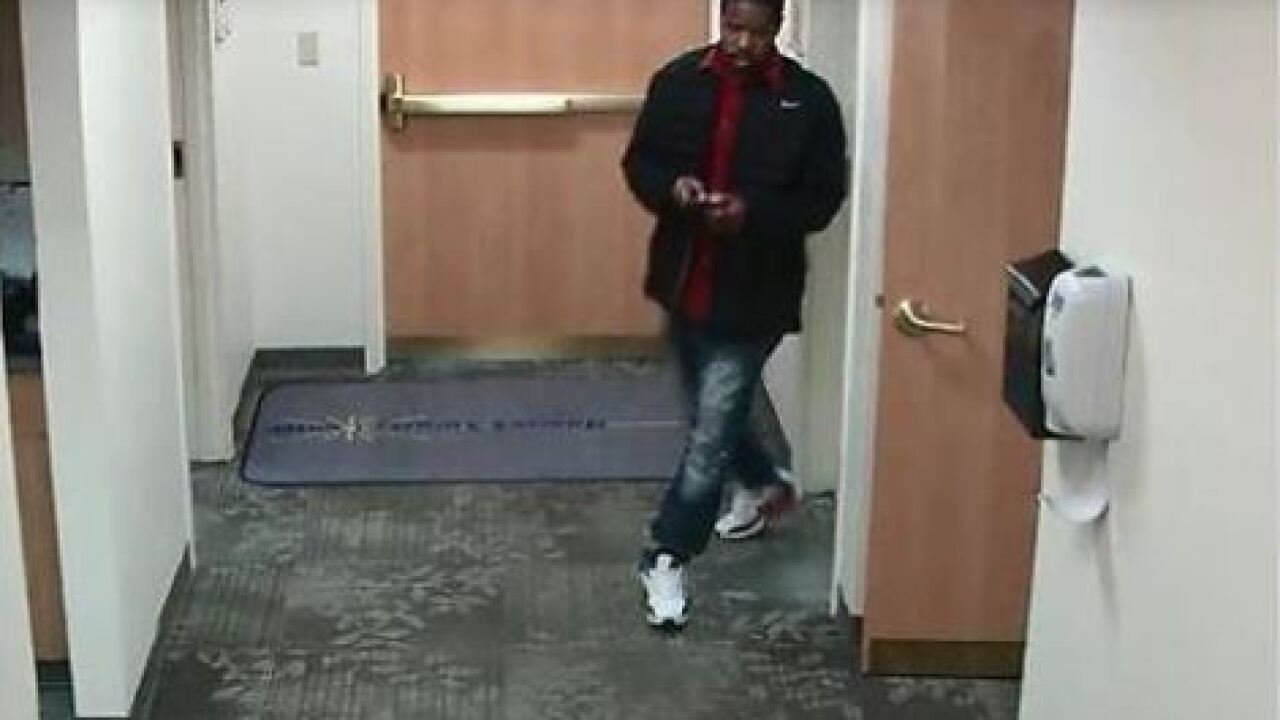 GREENFIELD — Police in Greenfield are looking for a suspect accused of stealing a wallet in April from a hospital.

Greenfield Police Department detectives are asking for the public's help in identifying a man captured on a security camera on April 12 at the Hancock Regional Hospital, according to a Facebook post from the department.

The suspect allegedly stole a wallet from an office and used credit cards at different locations, according to the post.

Anyone with information on the suspect is asked to call Sgt. Nichole Gilbert at 317-325-1286 or ngilbert@greenfieldin.org.