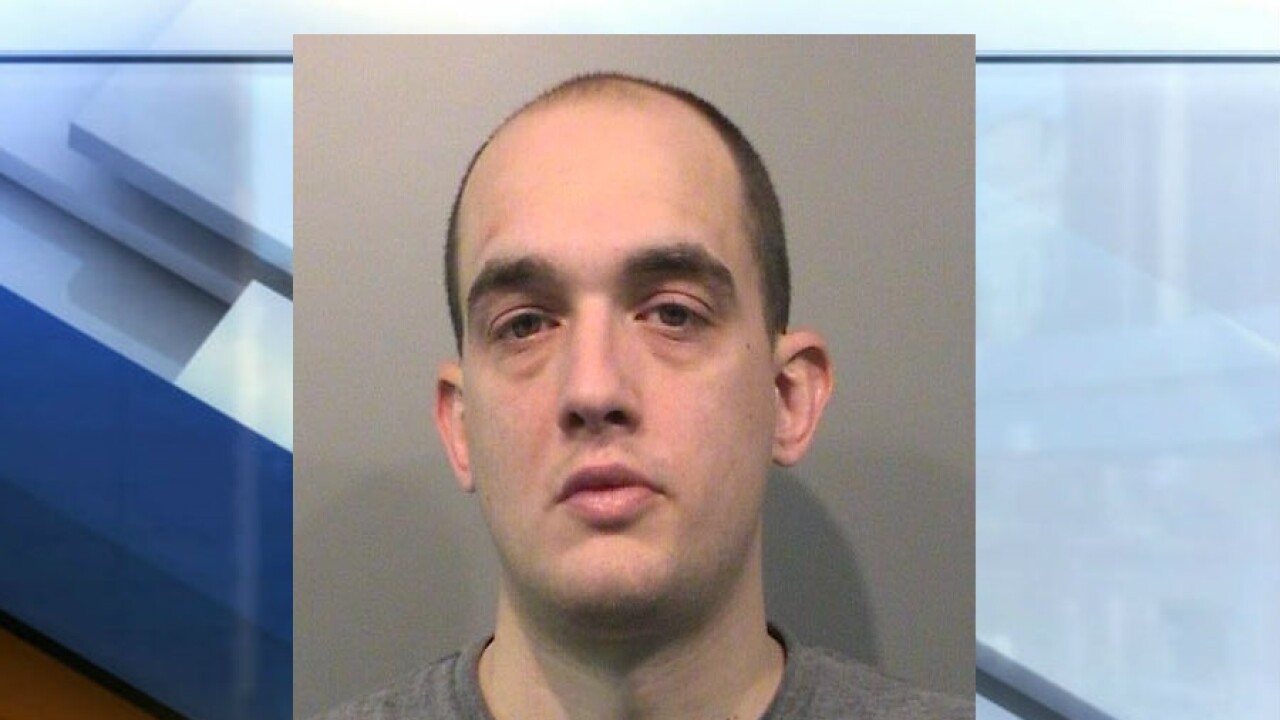 Photo provided
Michael Lukas is facing one felony charge of killing a domestic animal for allegedly killing his mother&#39;s dog.

GREENWOOD — A 35-year-old Greenwood man has been charged with a felony in the beating death of his mother's 16-year-old border collie.

The Johnson County Prosecutor's Office on Aug. 1 filed a charge of killing a domestic animal, a Level 6 felony, against Michael D. Lukas, 35, of Greenwood.

The investigation began July 28 after the Lukas' sister called police to report video that showed Lukas attacking the dog, Gypsy, in the house.

According to police and court records, a man and a woman came to the house and found Gypsy dead inside the home. As the couple was attempting to bury the dog, they found surveillance video that showed what happened. In the 12-minute video, police said the man can be seen pacing the room, sweating profusely and yelling. The man, identified as Lukas, then screams "I'm going to f***ing kill you," "I'm going to jump on your face," "Die mother f***er," and other aggressive phrases toward the dog.

According to court records, as Lukas hits and kicks Gypsy repeatedly the video recorded sounds of the dog whimpering. After 12 minutes, Lukas reportedly picked the dog up over his shoulder and threw her dog, after which the dog makes no more sounds.

"For many in our community fur is just as much family as is flesh," Acting Prosecutor Joe Villanueva said in a statement. "I understand the emotionally charged responses which have been flooding in and want the public to know we take the alleged acts of Mr. Lukas very seriously. I look forward to having the opportunity to present our evidence in the appropriate forum."

A Level 6 felony carries a potential penalty upon conviction of 6 months to 2.5 years in prison with a presumptive sentence of one year and a fine up to $10,000, Villanueva said.