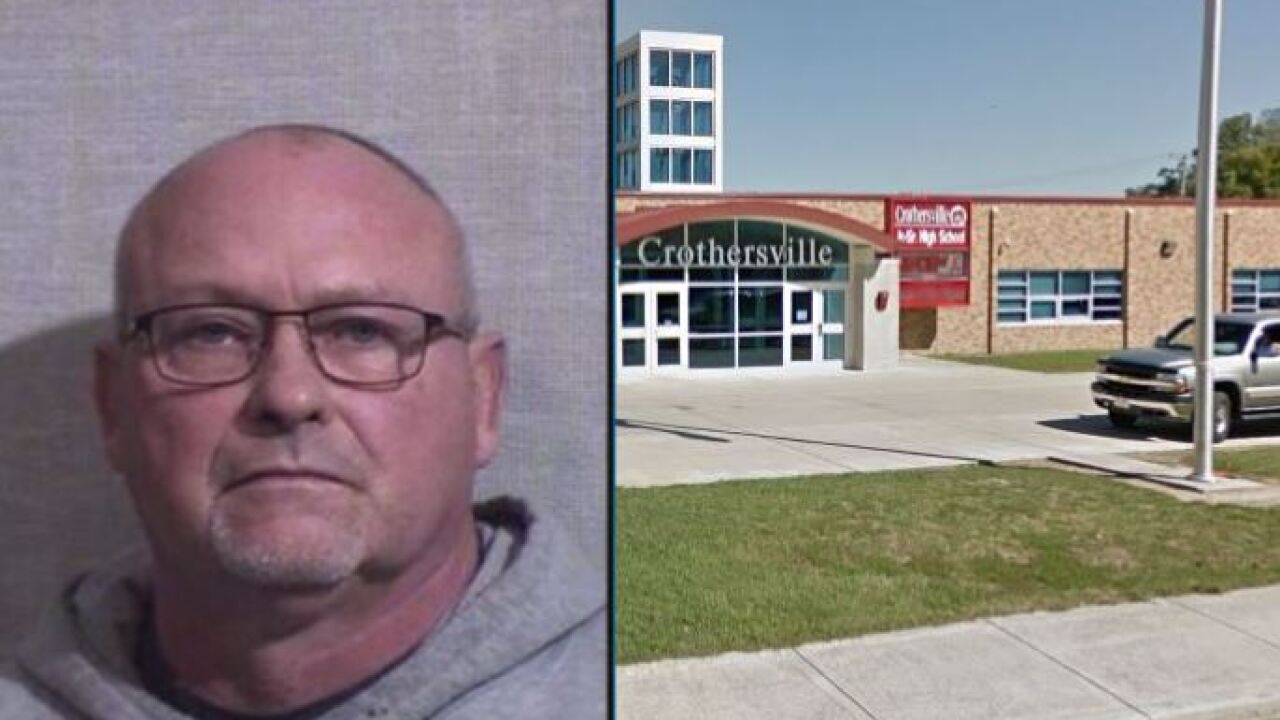 CROTHERSVILLE — A high school coach and athletic director is accused of sending inappropriate sexual messages to an 8th grade girl over social media.

Gregory Kilgore, 52, was arrested by the Jackson County Sheriff's Office on Wednesday after an investigation that started earlier this month.

According to court documents filed against Kilgore, the sheriff's office was contacted by child services after a report was made about an adult sending inappropriate and sexually-charged messages to a 14-year-old girl over social media messenger.

The child told detectives that she had accepted a friend request from Kilgore on social media back in January and and he started sending her messages telling her to "smile" and that she "was pretty". Around that time the child said Kilgore also began winking and smiling at her in the hallways at school, but the messages he would send never got sexually inappropriate until the week of March 16.

According to court documents, the girl took screenshots of some of the inappropriate messages which said things like "I'm too old or you're too young" and "Don't wanna be bad even if you want me to be." The messages also contained images of egg plants and peaches, which the child told detectives were meant in a sexual nature. Kilgore also sent several other inappropriate messages alluding to things he wanted to do and saying he was "a perverted old man."

When detectives contacted the school, the principal said he had placed Kilgore on leave following a contact from the Indiana Department of Child Services. He said Kilgore had apologized for sending the messages and "he was the adult in this, but that 'they were sending messages too,'" according to court documents.

Kilgore is facing an initial charge of child solicitation. The incident remains under investigation.