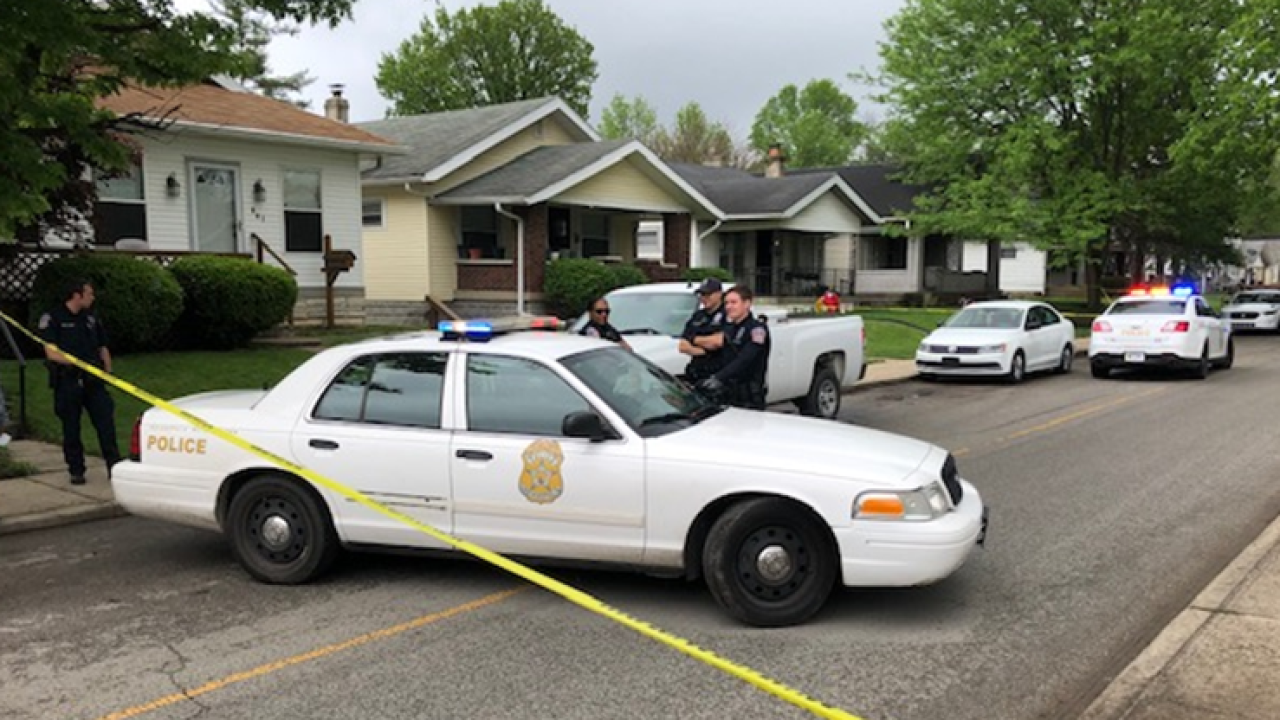 INDIANAPOLIS — For the third time in about 24-hours, Indianapolis Metropolitan Police Department officers and detectives were called to a murder scene.

The latest happened before 3 p.m. Tuesday in the 700 block of North Linwood Avenue. That's on the city's east side, south of East 10th Street and between Emerson Avenue and Sherman Drive.

A public information officer for the police department said a male victim was shot and killed in the backyard of a house. The Marion County Coroner identified the victim as Domanic Simmons, 25.

A second person, also a male, was wounded and rushed to a local hospital and was expected to survive.

There was no immediate information on a motive for the shooting or whether an arrest has been made.

Detectives are also investigating a double-shooting late-Monday at North Belmont Avenue and West St. Clair Street on the west side that left one person dead and another wounded.

Earlier Monday, one person was found shot to death at a gas station at the intersection of North Post Road and East 38th Street.